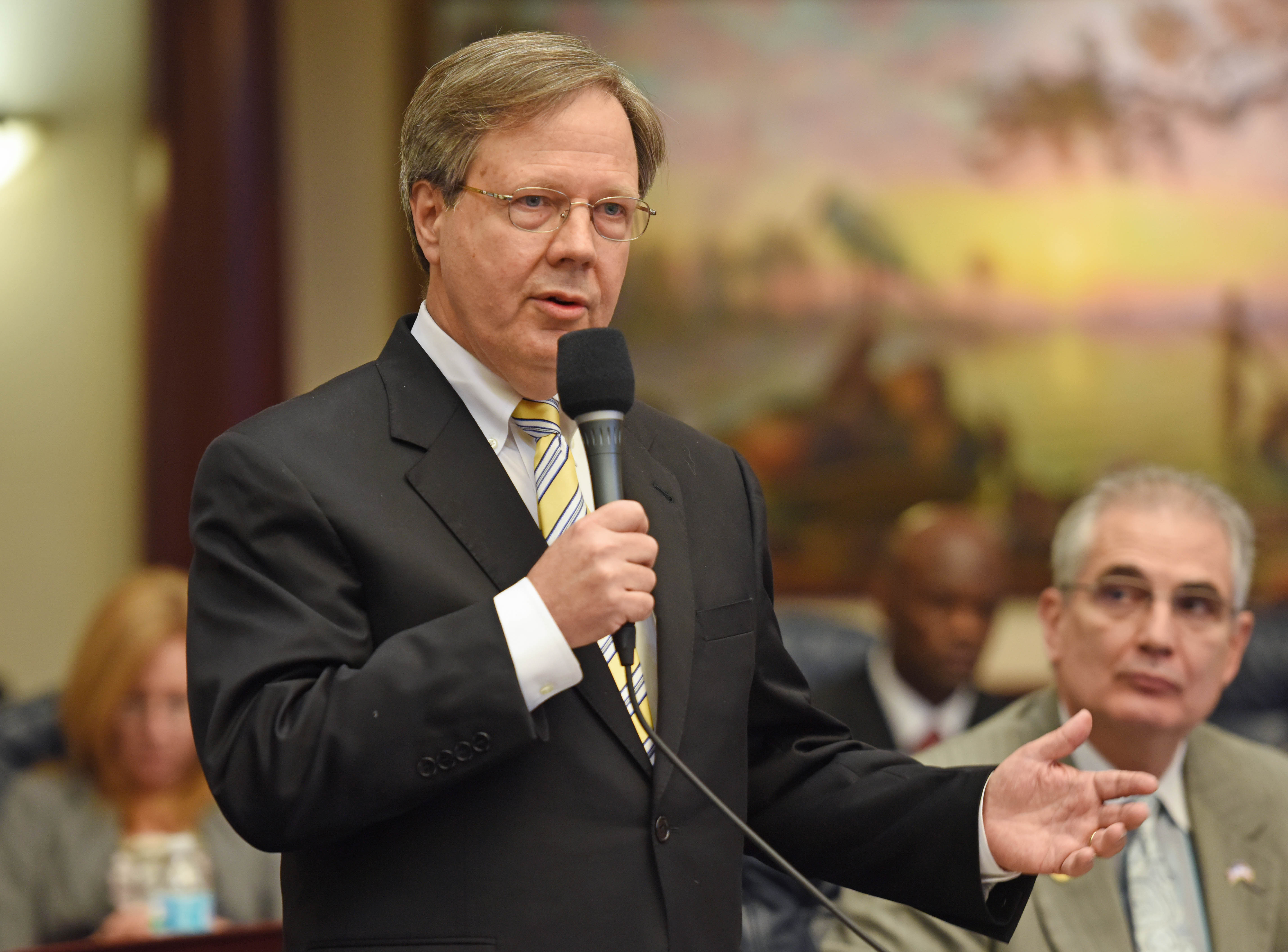 Representative Scott Plakon is spearheading a new bill to remove a prohibition on guns on college campuses.

The bill, HB 6005, amends an earlier ruling on where guns are and are not allowed, deleting the portion stating that a license to concealed carry a firearm does not allow guns into “Any college or university facility unless the licensee is a registered student, employee, or faculty member of such college or university and the weapon is a stun gun or nonlethal electric weapon or device designed solely for defensive purposes and the weapon does not fire a dart or projectile.”

If the bill passes, guns will be much looser-regulated on college and university campuses.

Plakon sponsored a bill that would have done the same thing in 2015, which died on the calendar.

If it goes through, guns will still be banned from police and sheriff stations, jails, courthouses, polling places, schools and government meetings.

Plakon was initially not a supporter of guns-on-campus bills – initially, he was “ambivalent” about the issue. But an incident in 2013 at his daughter Jeanne‘s school, in which there was thought to be an active shooter on campus, spurred him to change his mind.

“I got a text message from my daughter Jeanne,” he said. “‘Daddy I’m so scared,’ is the way it started off. It was believed there was a shooter loose in Lake Mary High. It took me 13 mins to get there. No parent wants to be in this situation… to have their child on a campus with a shooter, with no way to protect, no one with a firearm anywhere near. I was parent with face against chain link fence, and she’s texting me, crying, scared, hunched under a desk.”

Fortunately, it turned out there was no shooter at Lake Mary High that day. But the incident forever changed Plakon’s view on guns on campuses.

“It seems that every one of these tragedies, these mass shootings, happens in a gun free zones,” he said. “Right now we have gigantic gun free zones on college campuses.”

He said he hadn’t talked to the NRA about the bill at all – this was strictly a personal endeavor for him.

“I’ve evolved on it,” he said. “It’s been an evolution over nine years for me.”

Now with Sen. Greg Steube in the Senate, Plakon feels he has a good chance of moving the bill further than last time. With Steube, he said, he likes his chances.

House Democratic Policy Chair Evan Jenne was strongly opposed to the bill, calling it “an attempt to rile up the Republican base at the expense of all Floridians,” and said the bill was against the known will of the majority of Floridians, from students to law enforcement to other regular citizens – no one wants guns on college campuses, Jenne said.

He brought up an anecdote of a girl shot by her roommates’ boyfriend by accident on a college campus in Tallahassee some years ago, which he said illustrated his point: guns on campus won’t make anything safer.

“It’s not going to protect anyone,” he said. “It’s just another power play to get guns everywhere. We believe that we’re joined by many other groups of people who want college to be a safe place to learn, and not worry whether the person behind you is packing heat. We’re not taking anyone’s guns away. We just want to make sure college campuses are safe places.”