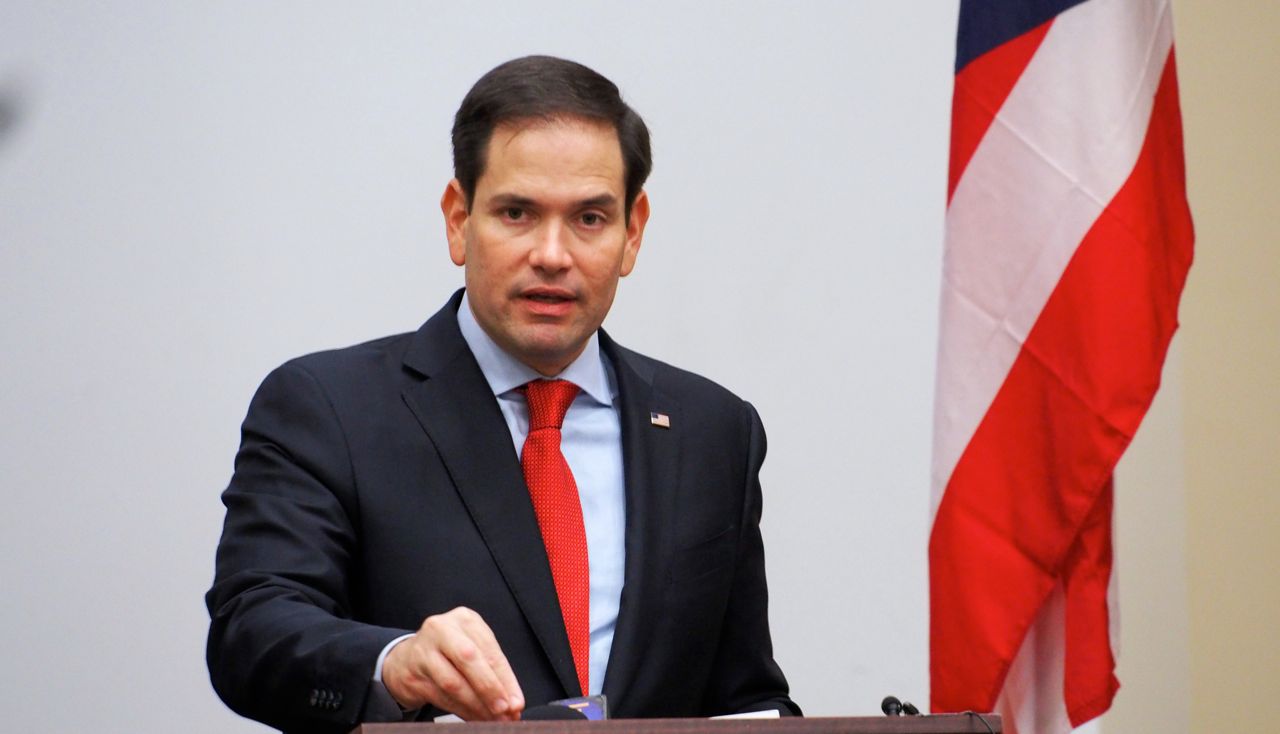 Marco Rubio had already weighed in negatively about Exxon Mobile CEO Rex Tillerson being floated as Donald Trump‘s possible choice for Secretary of State, so it shouldn’t be a surprise that now that it’s official, Rubio is still expressing his doubts.

“While Rex Tillerson is a respected businessman, I have serious concerns about his nomination,” Rubio said in a statement released Tuesday morning.

Other than John McCain, no other Republican has been so outspoken as Rubio in questioning the validity of the Tillerson nomination. Both men have been critical regarding Tillerson’s ties to Russian President Vladimir Putin.

Tillerson negotiated an energy partnership with Putin in 2011 that the Russian president said would be worth as much as $500 billion. The next year, the Exxon Mobile CEO received the Russian Order of Friendship from the Kremlin, one of the highest honors that Russia bestows on foreigners.

The energy deal was put on hold when the U.S. levied sanctions against Russia for annexing Crimea. Reuters reported earlier this year that Exxon vowed to resume the agreement once sanctions are rolled back, a process Tillerson would be heavily involved in as secretary of State.

“The next secretary of state must be someone who views the world with moral clarity, is free of potential conflicts of interest, has a clear sense of America’s interests, and will be a forceful advocate for America’s foreign policy goals to the president, within the administration, and on the world stage,” continued Rubio in his statement. “I look forward to learning more about his record and his views.‎ I will do my part to ensure he receives a full and fair but also thorough hearing before the Senate Foreign Relations Committee.”

Rubio has also been out front in taking seriously the questions of Russia’s involvement in the just concluded presidential election.  Over the weekend, the Washington Post reported that the CIA‘s private conclusion that Russia’s activities were intended to tip the scales to help Trump. Senators from both sides the aisle says there will be a congressional investigation into that matter, but Rubio has been saying for months that he has concerns about possible Russian involvement.

While campaigning for re-election to the U.S. Senate in October, Rubio said, “We don’t want to be in a country where foreign governments are able to blackmail our officials or interfere with our politics.”

Not too many other Republicans were saying that two months ago, when the WikiLeaks dumps of emails from the Democratic National Committee and Hillary Clinton campaign chairman John Podesta were hurting the Democratic presidential nominee.

“Do we really want to live in a country where foreign intelligence agents can blackmail our public officials if they threaten that if we don’t do what they want, they’re going to release your daughter’s emails, or your son’s emails, or your wife’s emails?” Rubio said. “Today it’s [Democrats]. Tomorrow it could be us. Or everyone for that matter.”

“This is what Vladimir Putin does to the former Soviet republics: he blackmails leaders and interferes with their elections,” Rubio added. “This is not a Republican or Democratic issue. This is an American issue.”

Undoubtedly, there should be plenty of tough questions coming from the Florida senator when Tillerson comes before the Senate Foreign Relations Committee next month.