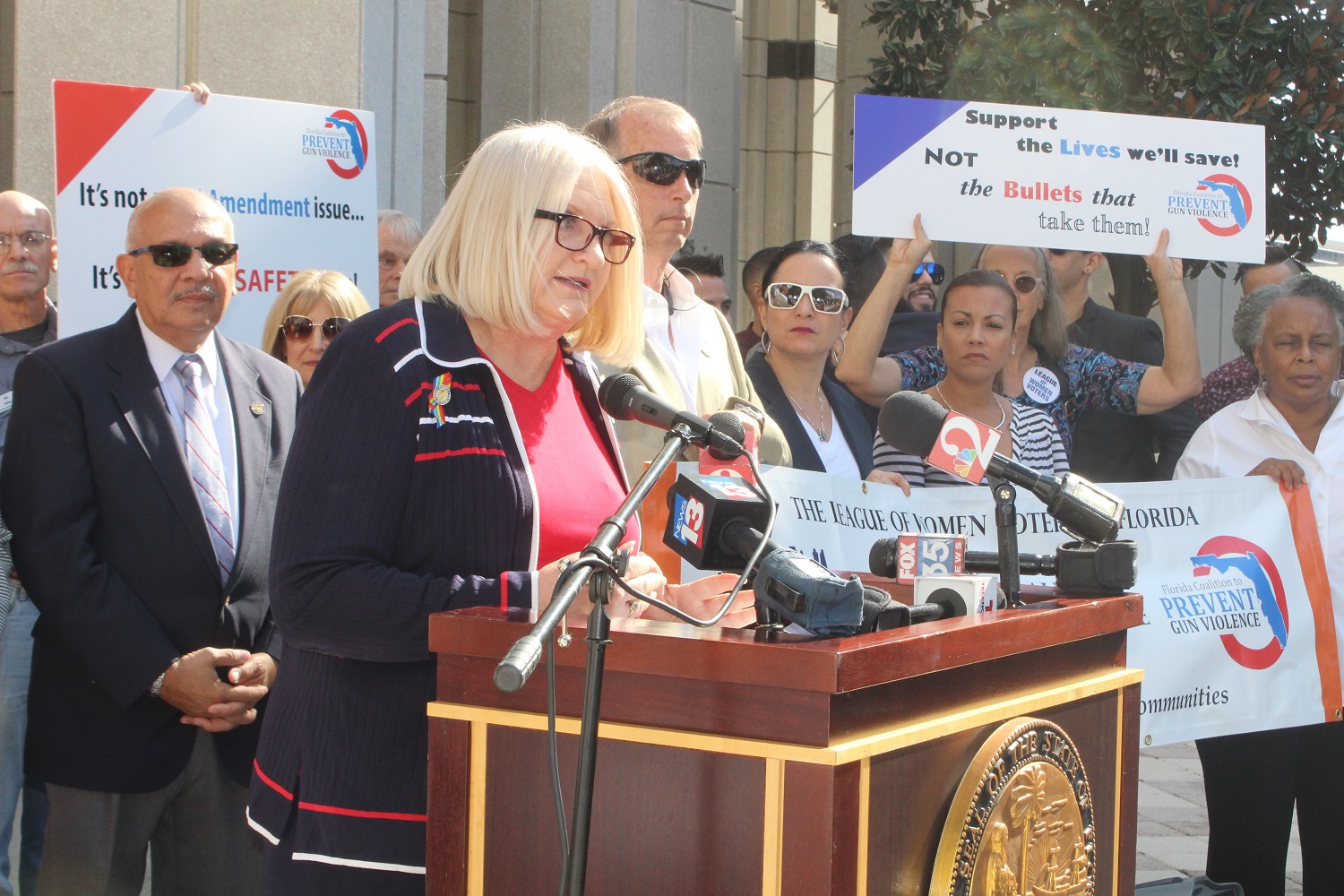 Senator Linda Stewart and Rep. Carlos Guillermo Smith announced Thursday that they had filed a bill in both the Senate and the House that would ban the sale of military-grade assault weapons in Florida.

The bill, SB 254, would prevent the sale or transfer of assault weapons as well as owning them in general.

Speaking at a press conference outside the Orange County Courthouse, Stewart and Smith spoke of the need to prevent another massacre like the one at the Pulse nightclub six months ago from ever happening in the state again.

Stewart said she was fulfilling a campaign promise to the survivors and families of the victims at Pulse – that she would take action. But while the bill was direct and would ban assault weapons, Stewart made it loud and clear that she wasn’t trying to ban guns as a whole or infringe upon law-abiding peoples’ second amendment rights.

“We are not trying to take away your guns,” she said. “But it is also worth mentioning that the people killed by gun violence every day have rights too. The families and victims who will never be made whole have rights. They were stolen from them by a person armed with hate and with these weapons. So long as criminals and madmen have access to these guns, we are not safe. The time for talk is over.”

Smith said he was motivated by the actions taken after the Sandy Hook massacre, in which the Connecticut legislature passed a bill banning many assault weapons in the state.

Florida, Smith said, should follow in that same path.

“People have many names for these weapons,” he said. “Military-grade weapons, assault weapons… the NRA wants us to call them ‘modern sporting rifles.’ I call them Weapons of Mass Destruction.”

Smith also gave a graphic account of what exactly happened when an assault rifle’s bullet hits a person – he described the tearing of clothes and flesh and the piercing of the body in excruciating detail. He said he had recently fired the same weapon as used by the Pulse shooter to know exactly what he was talking about in terms of the weapons, too.

Pulse survivor Brandon Wolf also spoke at the event, saying it was far past time to do something about assault weapons on American streets.

“This was a suspected terrorist, with an FBI record, and a history of violent speech,” he said. “He walked into a gun store and said, I think I’ll take that one, yeah, the military one, and all the ammo that comes with it. I know limiting ammo or weapons isn’t going to stop all the violence in the world. But where do we draw the line?”

He said Americans, by not speaking up sooner, had offered “moviegoers, nightclub patrons and even first-grade children as sacrifices to the gun lobby.”

In response to a question about how they planned to take on opposition to the bill from the other side, Smith said he knew it was an uphill climb, but that he hoped the new leadership in the House would be open to their bill.

“There’s no question Tallahassee has been hostile to common sense gun safety measures for years and years,” he said. “The gun lobby has had a stranglehold on process. Whats interesting is, we have new leadership in the House, that is making it a point as a part of their legacy to crack down on the lobbyists and special interests. I hope the first special interest they crack down on is the gun lobby and the NRA.”