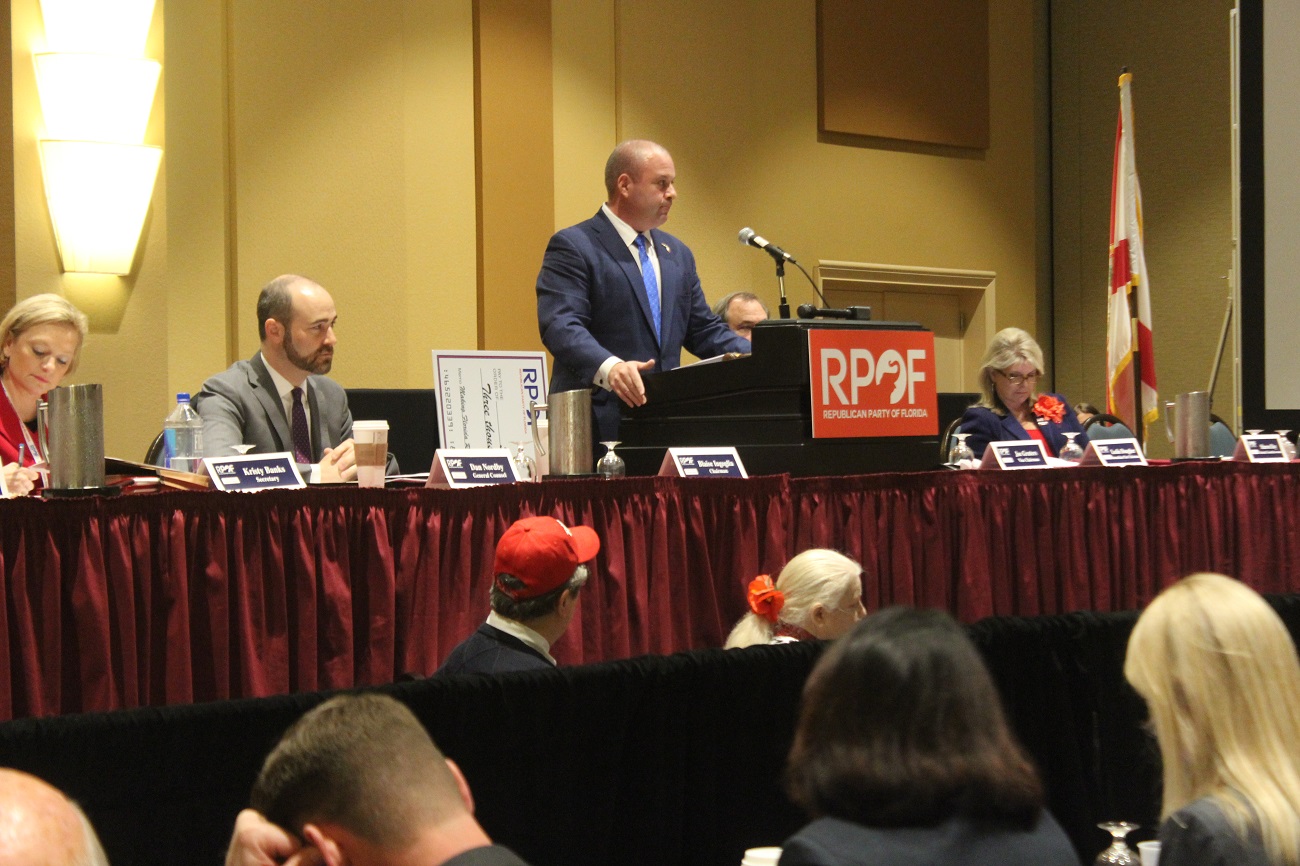 With big wins in the November elections and now about to control the House, Senate and the presidency, the Republican Party of Florida didn’t feel the need to shake up party leadership much — re-electing Blaise Ingoglia by a sizable margin at the 2017 annual leadership conference Saturday morning.

The RPOF spent much of the rest of the morning at the Rosen Centre Hotel in Orlando on top of the world and in good spirits. But they also focused on the future and action, now that they have so much power in government.

Sen. Marco Rubio spoke about the need to not waste the chance to take action.

“We’ll veto a lot of the regulations put in place,” he said. “The Senate has moved to start repealing Obamacare. Donald Trump will be presenting his plan for a replacement within the next few weeks.”

Rubio said in the first half of this year, he anticipated Obamacare to be repealed and replaced.

He also said Republicans could look forward to a new Supreme Court justice replacing the late Antonin Scalia, who would hopefully serve for 20 to 25 years, and tax reform and fiscal plans in line with what they said would help fix the economy.

“We can provide an opportunity for the American dream,” he said. “The party will be organized around limited government, free enterprise and a strong national defense. If we don’t do our jobs, there are no excuses. We control the House, the Senate and the White House. We can set the country on the right course.”

Palm Beach County official Michael Barnett won the Vice Chair seat, and he and others spoke of moving forward and expanding the party to include everyone.

Barnett, who previously served as the party’s Chairman of their Minority Engagement Committee, said it was important to show various minority communities that the Republican Party could serve their interests.

“We’ve made a good start with this election,” he said. “Eight percent of the black vote went to Donald Trump — double what Mitt Romney was able to get.

“We need to keep reaching out to the Haitian, Caribbean and other communities, and become a part of their community. We don’t all come from the same background, but we can share the same values.”

Though Ingogilia’s win was easy enough, not everyone was happy. Challenger Christian Ziegler was touted as the candidate who could devote full attention to RPOF chair, rather than wear more than one hat as Ingoglia does as a member of the Legislature. Ingoglia currently represents the Florida House in District 35.

Ziegler said he could act like a “CEO of a business” for the party, and always be available to people, no matter what.

Orange County Republican chair Lew Oliver voiced some displeasure with this to FloridaPolitics.com. Oliver thought the chair should be someone with no other interests or positions in politics.

“In politics, there are a lot of battles already,” Oliver said. “Members of Legislature are involved in a lot of struggles, factions and groups. You don’t want someone who may be motivated to have another set of battles.”

Ingoglia’s acceptance speech focused on the ability of the RPOF to create “a dynasty” that could keep the state in Republican control for the foreseeable future.

Lieutenant Gov. Carlos Lopez-Cantera noted it might be unwise for Republicans to get too complacent in their place at the top — the 2018 election cycle could be even more difficult.

“The Democrats suffered losses in this election,” he said. “They’re doing pretty bad. As low and as bad as they are, they may only have one place to go, though — unless we keep our place and not take this for granted. Because they’re not taking their losses for granted.”

“Because they’re not taking their losses for granted.”