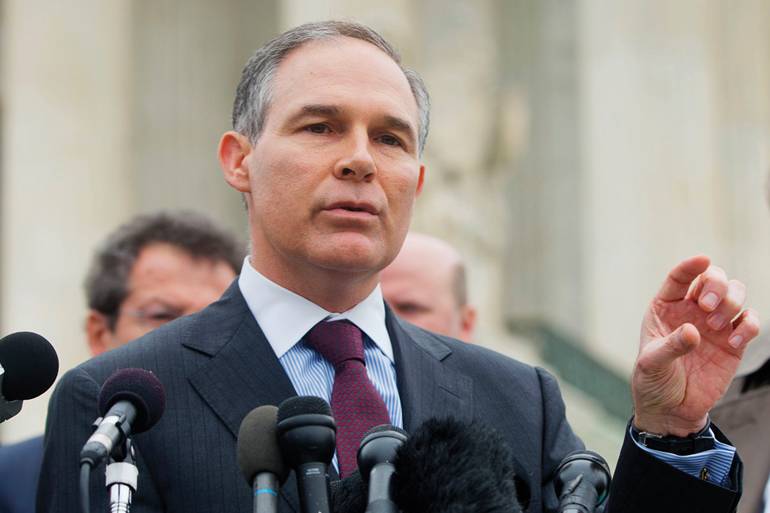 Scott Pruitt is one step closer to being the next leader of the Environmental Protection Agency.

On Thursday, Republicans on the Senate Environment and Public Works Committee voted 11-0 to confirm Pruitt, who serves as Oklahoma Attorney General.

Democrats on the committee boycotted the vote.

Pruitt, a climate change skeptic, was one of 14 attorneys general suing the EPA over regulations to limit carbon emissions put in place by the Obama administration.

The entire Senate will vote on his confirmation next week and the advocacy group Environment Florida is calling on the Sunshine State’s two senators to reject his nomination.

“This country needs an Environmental Protection Agency Administrator whose top priority is protecting our air and water and our families’ health,” says Turner Lott, Environment Florida’s campaign organizer. “We need somebody willing to enforce and defend our bedrock environmental laws and a leader guided by science when creating and implementing policy.”

The organization is one of several environmental groups criticizing Trump’s choice at EPA.

While Environment Florida is calling on both senators to oppose Pruitt, Marco Rubio already declared his support.

“The next EPA administrator should be someone who understands the important balance between protecting our air, water and environment without needlessly hurting workers with excessive regulations,” Rubio said in a Jan. 10 statement. “Attorney General Pruitt ‎is the right choice to bring a much-needed dose of common sense to a department where overzealous, out-of-touch regulators have been allowed to operate seemingly unchecked. I look forward to working with him on the many important environmental issues facing Florida.”

Florida’s senior Senator, Bill Nelson, is getting lobbied from both sides to either support or oppose Pruitt. The Florida Democrat pleased liberals Wednesday by announcing his opposition to Betsy DeVos for Education Secretary.

“I will be joining my Republican colleagues Susan Collins and Lisa Murkowski in voting ‘no’ against Betsy DeVos,” Nelson declared in a statement.

“Floridians and all Americans deserve an EPA administrator who will fight to protect the air we breathe, the water we drink, and the planet we love. Scott Pruitt fails on all these accounts,” Lott said. “The Senate must stand with science. The Senate must stand up for our families’ health, clean water and clean air.

“We urge Senators Nelson and Rubio to reject President Trump’s nomination of Scott Pruitt to head the EPA.”