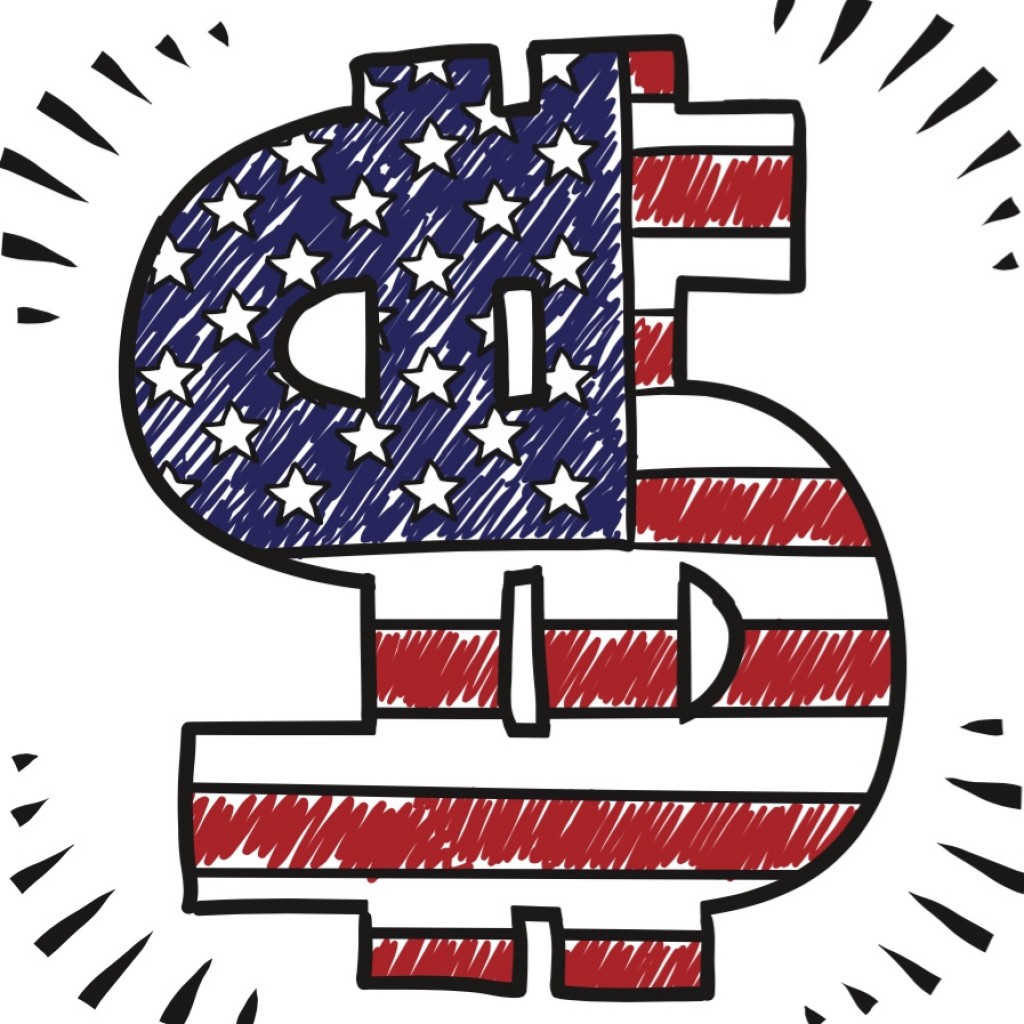 February will be a busy month for state lawmakers hoping to raise a few bucks for their next campaign before the start of the 2017 Legislative Session.

Several candidates will be holding campaign fundraisers in Tallahassee during back-to-back-to-back committee weeks this month.

House Majority, the campaign arm of the Florida GOP, will host fundraisers for nine House Republicans, all of which are running for re-election, in the next few weeks.

On Feb. 15, there is a fundraiser for Reps. Heather Fitzenhagen, MaryLynn Magar, Kathleen Peters, and Holly Raschein. The event is scheduled to kick off at 5 p.m. in the Library Room at The Governor’s Club, 202. S. Adams Street.

Five days later on Feb. 20, the House Majority is hosting a fundraiser for Rep. Paul Renner and Rep. Cyndi Stevenson in the Library Room of the Governor’s Club.

House members won’t be the only ones using their time in Tallahassee to raise some dough. Sen. Dana Young is scheduled to hold a fundraiser for her re-election campaign on Feb. 13. 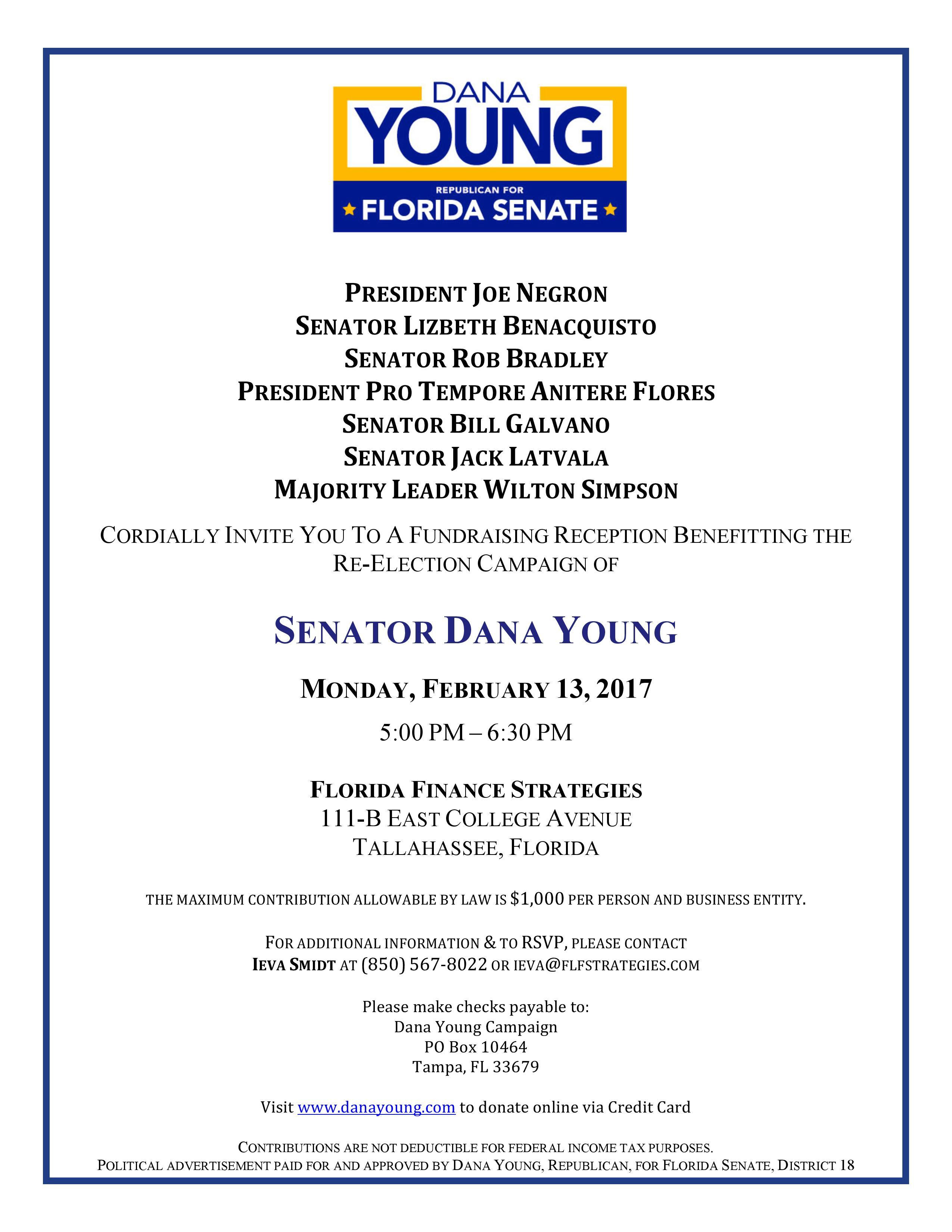 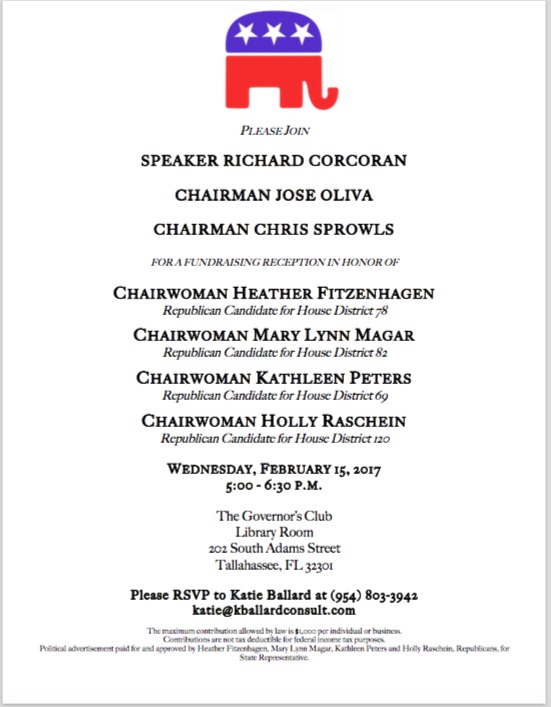 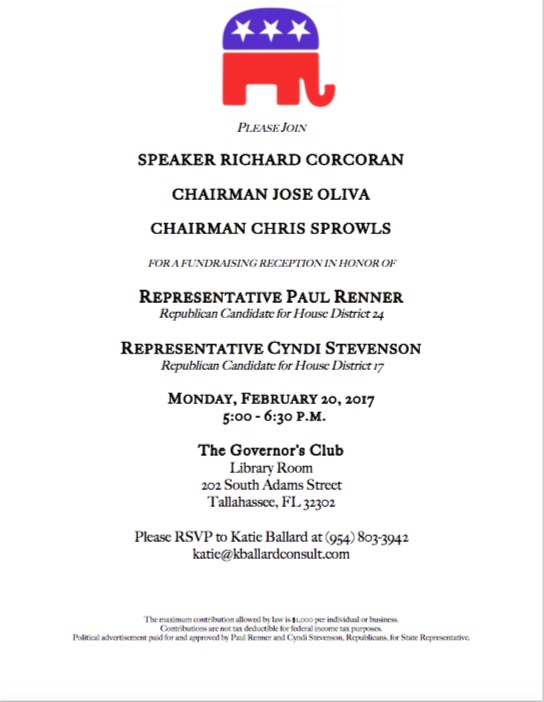 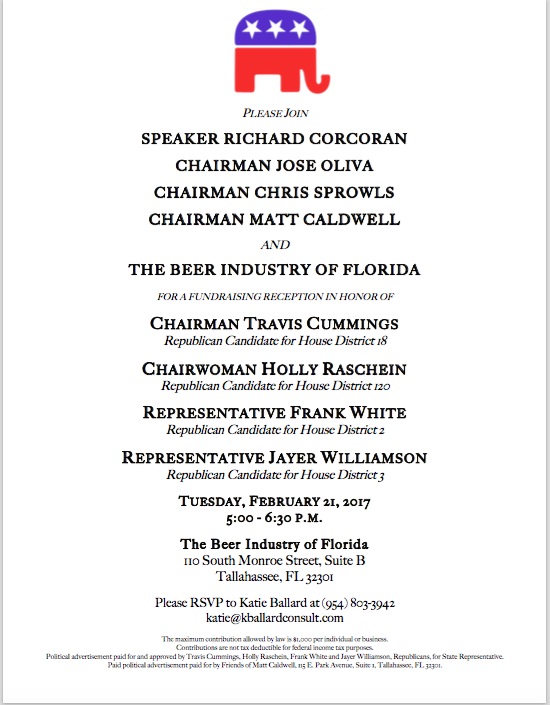