Darryl Paulson: We are not the same; the immoral equivalency of President Donald Trump 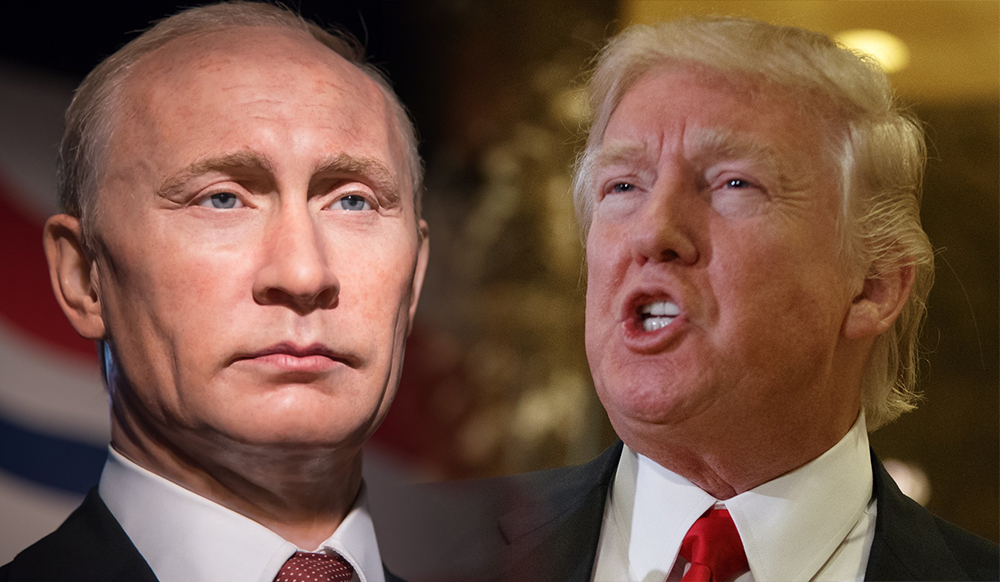 Voters who supported Donald Trump for president did so because they liked his free-speaking ideas, his attacks on the political establishment and his promise to “make America great again.”

President Trump has repeatedly stated that he would have won the popular vote for president if not for massive vote fraud. Does Trump believe that Russian dictator Vladimir Putin won his office in free and fair elections?  I hope Trump cannot be that deluded.

Republicans raised strong criticisms when President Barack Obama conducted what many Americans viewed as an “apology tour,” criticizing America for all its failures. Americans prefer their presidents defend the nation and its values, and not constantly criticize the nation for its shortcomings.

Obama told a European audience in 2009 that “there have been times where America has shown arrogance and been dismissive, even derisive.” He also criticized the notion of American exceptionalism that all presidents have defended.

When Jihadists burned a Jordanian pilot alive, then showing the video online as a recruiting tool, President Obama cautioned a national prayer breakfast audience not to “get on our high horse” and “remember that during the Crusades and Inquisition, people committed terrible deeds in the name of Christ.”

Many Americans were sickened and highly critical of Obama’s efforts to apologize for America’s shortcomings. Instead of defending American exceptionalism, the president seemed to delight in pointing out our deficiencies.

If President Obama’s “apology tour” disgusted many Americans and most Republicans, President Trump’s defense of Putin and the Soviets should strike a similar response from the electorate. To cast America and the Soviets as “one and the same” should thoroughly repulse Republicans, in particular. Republican Ronald Reagan must be retching.

President Trump turned in one of the most disgusting performances of any American president when he placed America and the Soviets on the same moral plateau. In a Fox News interview with Bill O’Reilly before the Super Bowl, Trump defended Putin against O’Reilly’s charge that “Putin’s a killer.”

But, weak-kneed Republicans, who have no problem praising Trump, have a far more difficult time criticizing him when he becomes ill with “foot and mouth” disease. In their silence, supporters of Trump are neither doing him, or the nation, favors anyway.

Do you remember when one of our political leaders ordered the assassination of a political opponent?  Neither do I. But, Putin did that to Boris Nemtsov in 2015.

Anti-corruption reporter Sergei Magnitsky was killed in prison in 2009. Respected journalist Anna Politkovskaya was shot and killed the same year, and fellow reporter Yuri Schekechikhin was poisoned in 2013. The list of reporter and political opponent deaths is a long one.

Does President Trump really believe that murders of political opponents could happen in America?  I hope that Trump sees America in a different light than Putin and the Soviets.

Some Republicans have objected to President Trump’s abhorrent remarks about the moral equivalency between the Soviets and the United States. Senate Republican Majority Leader Mitch McConnell who called Putin a “thug,” and rejected any attempt at moral equivalency.

Florida Republican Senator Marco Rubio tweeted:  “When has a Democratic political activist been poisoned by the GOP or vice versa?  We are not the same as #Putin.”

Republicans, in particular, and all Americans must support the president when he is right and must criticize him just as vigorously when he is wrong. To not do so will embolden both Trump and dictator Putin to continue a reckless path.

Darryl Paulson is Emeritus Professor of Government at the University of South Florida St. Petersburg.