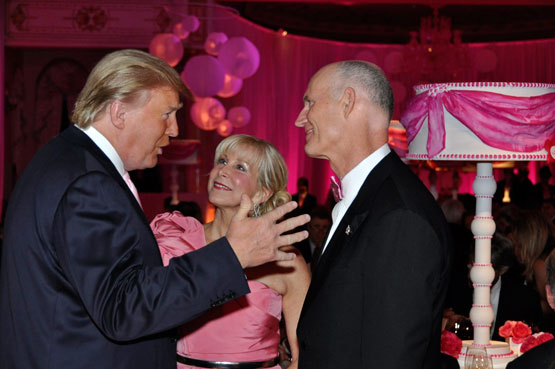 Rebuilding America Now, Governor Rick Scott’s Super PAC that was established to elect Donald Trump, is being scrutinized by the Federal Elections Commission for inadequate reporting in the third quarter of last year.

On January 11, the FEC sent a Request for Additional Information (RFAI) regarding two items for that October quarterly report.

One of the items noted is the listing of a negative entry for $10,800 for return of a list rental fee to Castleblack, Ltd in Alexandria, Virginia.

“This method of reporting would clarify for the public record the total amount of receipts and more accurately disclose the cash-on-hand amount,” reads the letter written by the FEC’s Kaitlin Seufert, Sr. Campaign Finance & Reviewing Analyst in theReports Analysis Division.

The other item noted by the FEC was an expenditure of $1,344,000 to Multi Media Services Corporation,  a political media planning and buying agency in Alexandria, Virginia.

The FEC letter notes that a political committee must file a report with the Federal Election Commission within 48 hours of any independent expenditures aggregating $10,000 or more with respect to a given election, made any time during the calendar year up to and including the 20th day before an election.

Ryan Call, the treasurer for Rebuilding America Now, responded in a letter sent on Wednesday to the FEC that the October quarterly report “will be reviewed and amended to properly reflect the receipt of offsets to operating expenditures on Schedule A supporting Line 15 of the Detailed Summary Page to clarify for the public record the total amount of receipts and accurately disclose the cash-on-hand amounts.”

Regarding the expenditure to Multi Media Services Corporation, Call writes that “The October Quarterly Report and subsequent reports will be reviewed and amended to ensure that disbursements in the required 48-hour reports, which were voluntarily filed as soon as the inadvertent filing omissions were identified, have been properly reported and fully itemized to clarify for the public record the total amount of independent expenditures and to accurately disclose the Committee’s cash-on-hand amounts.”

Rebuilding America Now spent $22,763,915 to get Trump elected in 2016, the second most of any pro Super PAC for Trump. Only the Great America PAC raised more.