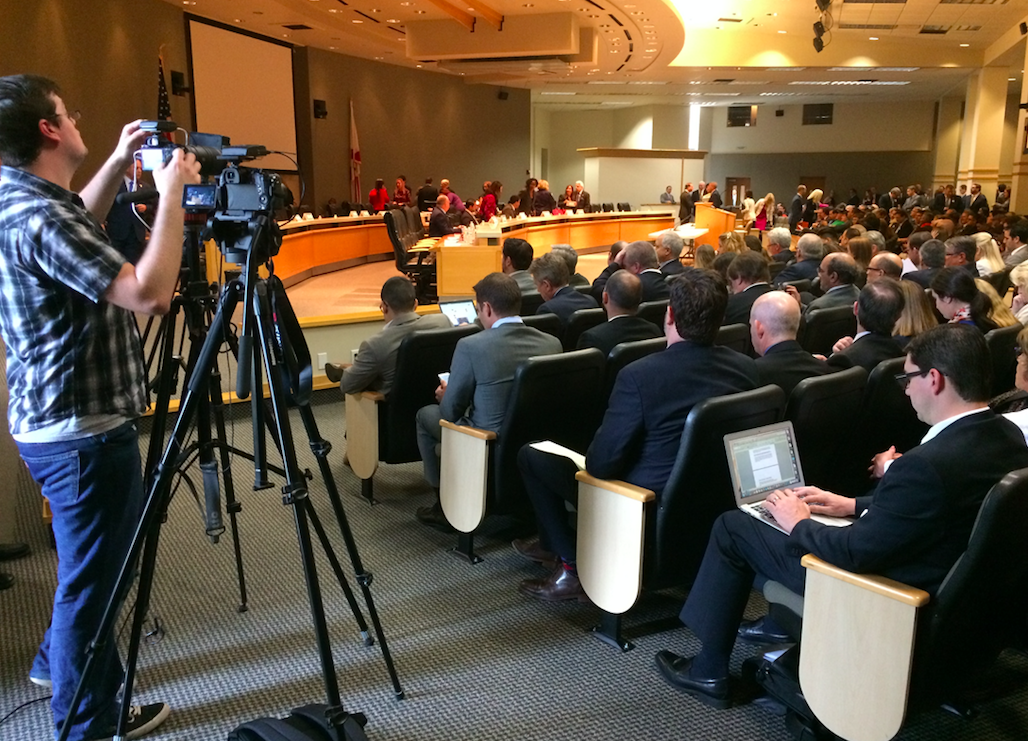 A House bill that would abolish the Enterprise Florida economic development organization, eliminate a throng of business incentive programs, and strip the VISIT FLORIDA tourism marketing agency down to a barebones $25 million budget cleared its second and final panel Tuesday.

That means the measure (HB 7005), OK’d by the House Appropriations Committee on an 18-12 vote, is ready to be considered by the full House when the 2017 Legislative Session begins March 7.

The vote was another hit to Gov. Rick Scott, an advocate of both agencies and economic incentives, which he says create jobs for Floridians. In a statement, he again responded to the House with the “P” word.

“Today’s vote by politicians in the Florida House is a job killer,” the governor said. “I know some politicians … say they don’t necessarily want to abolish these programs but instead want to advance a ‘conversation.’

“This is completely hypocritical and the kind of games I came to Tallahassee to change,” he added. “Perhaps if these politicians would listen to their constituents, instead of playing politics, they would understand how hurtful this legislation will be to Florida families.”

Even if the House passes its bill as currently is, however, it could well be dead on arrival in the Senate. The House originally aimed to kill VISIT FLORIDA, then offered to keep it but with far less money.

State Sen. Jeff Brandes, the St. Petersburg Republican who chairs the Appropriations Subcommittee on Transportation, Tourism, and Economic Development, on Tuesday filed his own economic development legislation. It would leave VISIT FLORIDA alone, and overhaul but not get rid of Enterprise Florida and incentive programs.

“The focus of economic development should be on Florida’s small businesses,” Brandes said. “Fostering a start-up culture in our state and encouraging small business development will create a better ecosystem where opportunity can thrive.”

But the House legislation is the star of GOP House Speaker Richard Corcoran‘s push for more government transparency and better stewardship of the public’s money.

Corcoran had threatened to sue VISIT FLORIDA after it refused to reveal a secret deal with Miami rap superstar Pitbull to promote Florida tourism, later revealed to be worth up to $1 million. The ensuing controversy cost former agency CEO Will Seccombe his job.

That’s what got the measure support from House Democratic Leader Janet Cruz of Tampa: “We need to see (VISIT FLORIDA) on the front page when they’re helping us, not embarrassing us.”

She also noted that singer-songwriter Jimmy Buffett has promoted the state for years. “He’s the loser here because he never earned a dime for that,” Cruz said.

As state Rep. Paul Renner, the Palm Coast Republican behind the 190-page bill, told the committee: “No more Pitbull contracts in secret …  no more money going to a privileged few.”

An array of local economic development interests, regional tourism groups, small business advocates and small business owners themselves opposed the bill, including hoteliers, restaurateurs, and even a co-operative of Panhandle oyster farmers.

Chris Hart, Enterprise Florida’s CEO, told lawmakers his group is “fiscally responsible. We have integrity, we are stewards of public dollars … and we take the job very seriously.”

But state Rep. David Richardson, a Miami Beach Democrat who voted against the bill because of the VISIT FLORIDA reduction, said he had “nothing good to say about Enterprise Florida … I have grave concerns about the incentives paid and the return on investment.”

Give him a bill only on that organization, he added, “and I’ll kill that for you.”

After the hearing, committee chair Carlos Trujillo held a brief media availability, which can be seen in the Periscope video below: