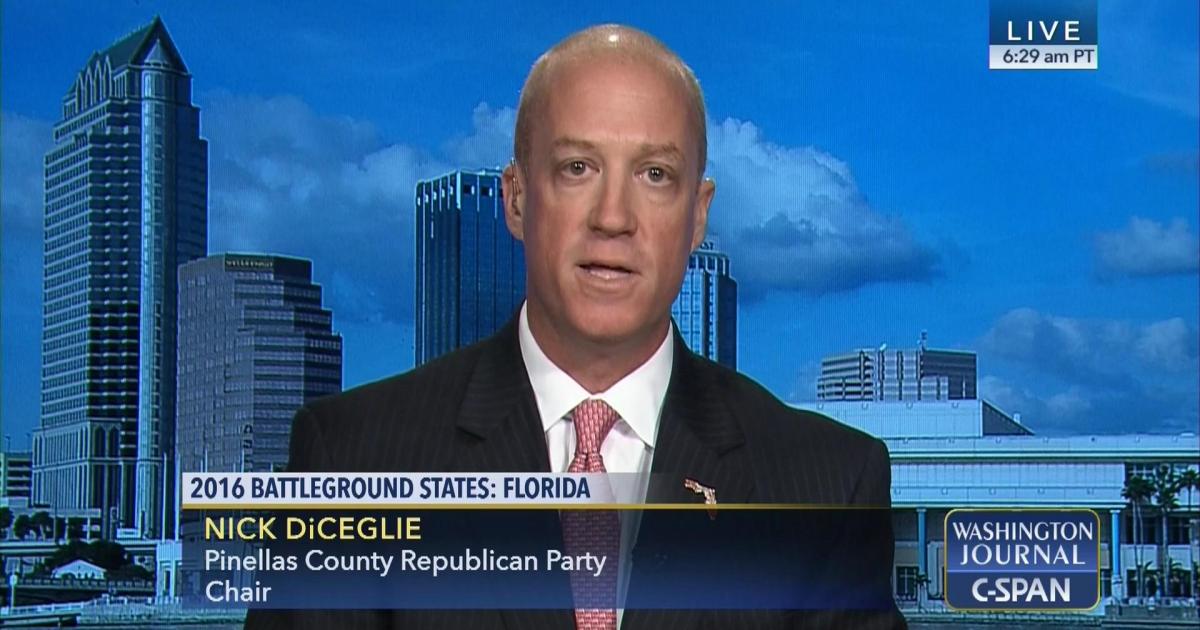 Nick DiCeglie confirmed Wednesday he is running for House District 66 in 2018.

When asked if he would run for office, DiCeglie told FloridaPolitics.com: “I’m really focused right now on my duties as chairman.”

But with nearly a year and a half before the GOP primary, DiCeglie is in no hurry to file.

“I certainly would like to make an official announcement in the next several months,” he said.

He was elected Pinellas County Republican Executive Committee chair in 2014 after defeating two other challengers to take the take the reins.

In January, DiCeglie was elected to serve as Republican Party of Florida caucus chair, leading all 67 county GOP leaders statewide.

The news comes as another Pinellas Republican, Berny Jacques, made it official Wednesday that he will also seek the House District 66 seat in 2018.