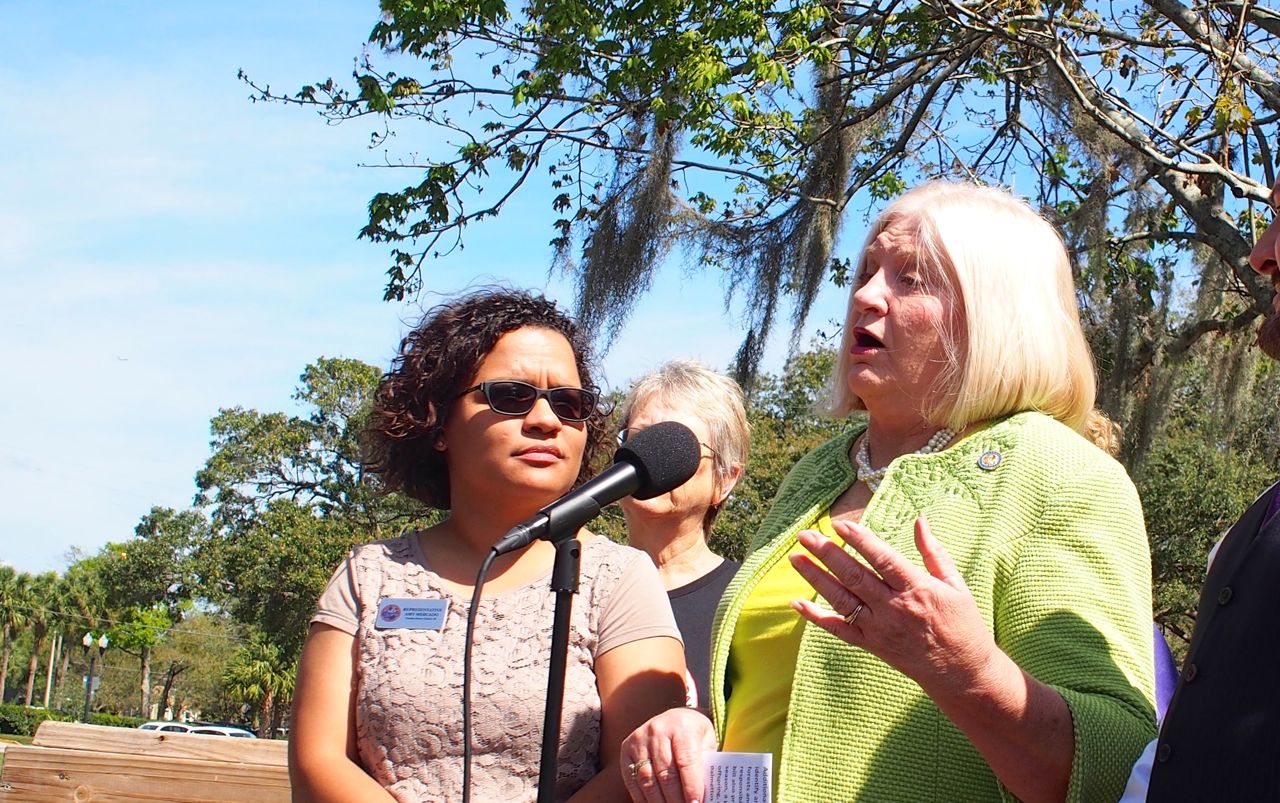 Mercado and fellow Orlando Democratic state Sen. Linda Stewart laid out bills Wednesday to ban the hunts for 10 years, as well as steps to keep bears happy enough in the forests and stop raiding neighborhoods.

“The bears, we’ve encroached on their homes,” Mercado said. “They were here first. And a slaughter of the bears is unacceptable.”

Mercado’s House Bill 491 and Stewart’s Senate Bill 1304 would call for the state to stop the harvest of the bears’ primary food before they go into winter denning season, saw palmetto berries, on state lands. They also seek to redirect controlled burns so that they do not affect bears’ habitats at the wrong times of the year and channel some money from the state’s Non-Game Wildlife Fund into grants to purchase bear-resistant trash cans for neighborhoods near bear habitats, such as the Wekiva Springs neighborhoods of Orlando plagued by numerous wandering bears in recent years.

The bills, entitled “The Florida Black Bear Habitat Restoration Act,” would also place a 10-year ban on bear hunting, which was resumed three years ago due to the assumption that Florida’s bear population had grown so much that it was forcing bears into the suburbs.

“What has been happening is that people have been going out into the forests, our public lands, and they have been harvesting the palmetto berries. And that is one of the primary foods of the black bear. So when you see the bears coming into your neighborhood and swimming in your swimming pool, they are looking for a food source,” Stewart said. “If we can just keep them where they are supposed to have their habitat by not infringing on their habitat, then that is what we should attempt to do.”

Similar bills including one by then-state Sen. Darren Soto of Orlando were introduced last year but died.

Stewart and Chuck O’Neal, co-chair of The League of Women Voters Florida environmental committee, said he and Stewart’s staff have worked with state officials to try to alleviate some of their concerns, and have made five significant changes from Soto’s bill.

O’Neal said the Florida Fish and Wildlife Conservation Commission has agreed to some parts of the bill, including the funding. Of other disagreements from last year, he said “the sharp edges have been shaved off,” though that does not necessarily mean the Commission now supports them.

“There was no buy-in by the FWC last year. This year Sen. Stewart’s staff has worked with the FWC,” O’Neal said. “So with their buy-in this year we hope it passes.”

O’Neal claimed that 90 percent of Floridians want to protect black bears, and the issue is garnering worldwide attention.

“So the eyes of the world are on Florida,” he said. “Are we going to do the right thing?”

“We want to see this bill scheduled. We want to see it heard. And we want the people of this state to have the opportunity to come to the stand and testify before the Legislature that they want this bill passed.”

nextIs it healthy to be a vegan?