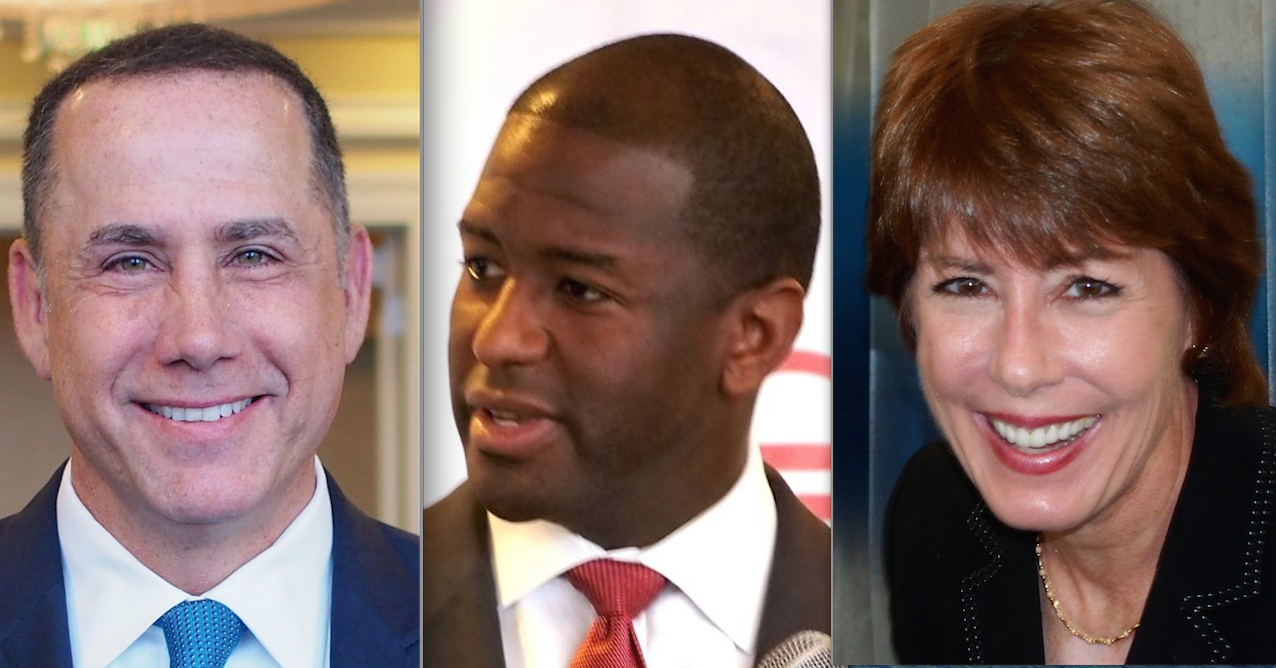 Three current or potential Democratic candidates for governor criticized Gov. Rick Scott‘s State of the State speech Tuesday for what he did not talk about, with Miami Beach Mayor Philip Levine critical of low-wage jobs, Tallahassee Mayor Andrew Gillum of Scott’s reading of the Pulse nightclub massacre and former U.S. Rep. Gwen Graham his priorities.

“No mention of common sense gun law reforms, nor the continued discrimination against the LGBTQ community in @FLGovScott’s State of the State,” Gillum tweeted after the speech.

Graham also weighed in, criticizing Scott and other notable Republican leaders — led by House Speaker Richard Corcoran, though she did not mention names — for fighting with each other rather than working together for Florida.

Levine took Scott’s side in his battles with Corcoran over support for Enterprise Florida and VISIT Florida, but said the governor is saying and doing little to attract good-paying jobs to Florida.

“Florida has clearly become a low-wage, high-cost state,” Levine said. “The governor didn’t offer any idea in how do we create good-paying jobs in our state. We get to tourism, and I’ll say it again. We love tourism. We love Disney World. But how can we make sure that all Floridians can visit Disney World, not just folks from outside the state?”

Before the speech, Gillum anticipated that with a prebuttal statement that said Floridians are looking for someone to champion “the issues and values that matter to us, and sadly Governor Scott will not and cannot rise to that level.”

Scott spent much of the opening minutes of his speech discussing the Pulse shooting, in which madman Omar Mateen, who declared he was inspired by ISIS and who avowed hatred of gays, killed 49 people and wounded 53 in Orlando’s popular gay nightclub last June 12. He spoke of meeting with families in the days that followed, and with police and other first responders, and praised Orange County Sheriff Jerry Demings and Orlando Police Chief John Mina.

Yet Scott spoke, as many Republicans do, exclusively of Islamic terrorism behind the attack, not hatred of gays, which most Democrats refer to first.

Nor did the governor talk of any of the efforts by Orlando Democrats to call for restrictions on the rapid-fire assault rifle or the high-capacity ammunition magazines Mateen used, or address President Donald Trump’s efforts to stop Muslim immigrants from entering the United States.

“We all join the governor in mourning the tragic mass shooting at Pulse Nightclub, but the governor continues to fail to put forward common-sense gun safety reforms we need to keep our communities safe,” Gillum stated in his prebuttal.

“Instead of standing up to President Trump on his unconstitutional Muslim ban or his immoral executive order on sanctuary cities, Governor Scott appears poised to be silent, even when our values are threatened.

“Times like these call for champions on the issues and values that matter to us, and sadly, Governor Scott will not and cannot rise to that level,” Gillum concluded.

“Through this session and every day at the state Capitol, the top priorities should be helping workers get ahead, protecting our environment and improving schools,” she added. “We need our leaders to fight for families, children and seniors — not fighting each other.”

Another announced candidate, Orlando businessman Chris King, has indicated he is declining public discussions until he formally launches his campaign April 1.

Orlando attorney John Morgan, who said he might run for governor but wouldn’t decide until late this year, said he did not hear Scott’s speech.