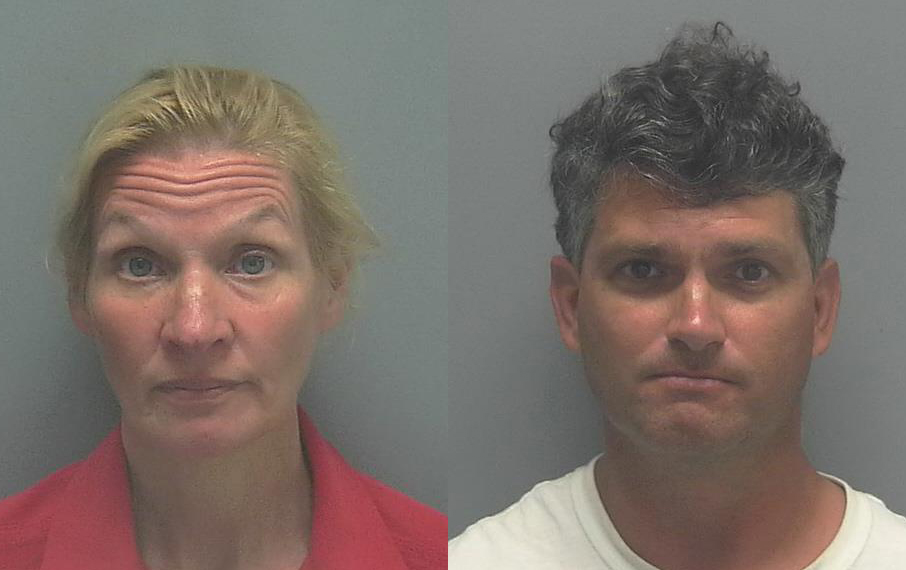 A couple living in southwest Florida have been charged in Alabama with 727 counts of sexual crimes and physical abuses against their 11 adopted and foster children, law enforcement officials in both states told FloridaPolitics.com Friday.

Police in both states are calling it the most shocking case they’ve ever seen.

“I’ve been working sex crimes involving kids for 12 years and this is by far the worst I’ve had so far,” Detective Keith Johnson, of the Florence Police Department in Lauderdale County, Alabama, said by telephone Friday.

Daniel and Jenise Spurgeon, 47 and 53, respectively, are being held without bond in the Lee County Jail in Fort Myers, Florida.

None of the children in the Spurgeon’s care came from Florida’s Department of Children and Families (DCF), according to DCF spokeswoman Jessica Sims.

“It’s important to note that there were no Florida foster children placed in the home with the family,” she emphasized. “Further information cannot be disclosed per section 39.202, Florida Statutes, which provides confidentiality to child victims of abuse or neglect. Any questions regarding the original placement of the children and services for the adopted/foster children should be directed to Alabama’s child services agency.”

Sims noted DCF opened a child protective investigation in July concerning the allegations regarding this family. All children in the home were immediately taken into protective custody, she said.

Police originally learned of the case when they responded to a tip of two minors at a Cape Coral bar who were inebriated last July, claiming their parents had forced them to drink alcohol, according to documents provided to FloridaPolitics.com.

During the interviews with the two intoxicated minors, Cape Coral Police investigators learned that four girls under the Spurgeon’s care were claiming they’d been sexually abused and were from Alabama.

“That’s when I got a call from the Cape Coral police,” Johnson said. “It’s taken this long to get everything done because the children had to be interviewed (on video) in Florida and I had to review each one, and before I charge someone with a sex crime I’ve got to make sure that there’s no doubt.”

Daniel Spurgeon has remained in the Lee County Jail since his original arrest.

That does not include Florida’s charges.

“They’ve got similar charges down there (in Florida), but we’ve got more because they were here longer,” Johnson said.

Daniel Spurgeon is a native Alabamian, while Jenise Spurgeon was from “somewhere up north,” the investigator said.

Originally arrested in July, too, then released, and then arrested again Wednesday per a warrant issued by Johnson in Alabama.

She is charged in Alabama with multiple counts of child abuse (100), domestic violence by strangulation (1), human trafficking in the first degree (11), endangering the welfare of a child (100) and enticing a child for immoral purposes (100).

Her charges in the 20th Judicial Circuit of Florida are as follows: one count out-of-state fugitive from justice; 10 counts aggravated child abuse.

It’s unknown if the state’s attorney office plans on filing more charges. A call placed to his office was not immediately returned.

Children’s Network of Southwest Florida claimed the children went almost six months without monthly checkups from a state agency because Alabama never notified them that the family moved to their state.

It is unclear if Children’s Network of Southwest Florida is trying to deflect blame, but calls to clarify their claim to the Alabama Dept. of Human Resources — the agency tasked with child welfare in that state — were not immediately returned before this article was published.

The Spurgeon’s will be extradited to Alabama, Johnson said, but it is not clear when. When they are brought to Alabama, the Lauderdale County Sheriff’s Office will be handling the case, not Cape Coral, officials in both states said.

However, he noted the adopted children would remain in Florida while the foster children would be brought back to Alabama, though part of his statement conflicted with that of Sims from DCF.

FloridaPolitics.com is still waiting on information on whether Florida prosecutors will hold on to the couple to try them in the Sunshine State before allowing their extradition to Alabama for judicial proceedings there.