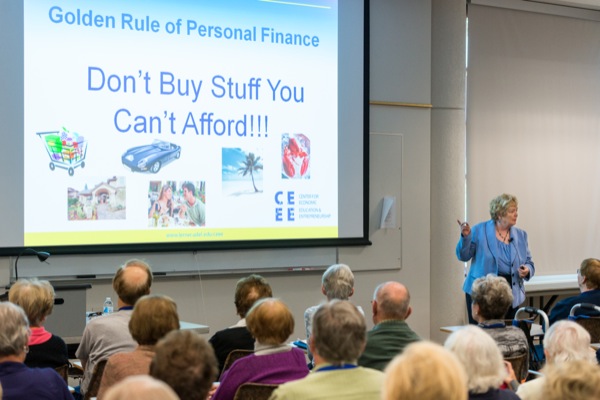 A proposal by Port Orange Republican Dorothy Hukill to require high-school students to take a half-credit of instruction in personal financial literacy and money management easily won approval in the Senate Appropriations Subcommittee on Pre-K-12 Education on Wednesday.

However, several lawmakers expressed reservations about the fact that unless lawmakers extend the hours of the school day or school year, the inclusion of this required course will eliminate another course, potentially exposing how Florida students are behind the curve compared to others around the nation and the world.

The quest to get Florida high school students more financially literate began in 2013, when the Legislature approved a feasibility study conducted by the Department of Education about implementing such a course in Florida high schools.

Tallahassee Democrat Bill Montford said he strongly supported the legislation, but he expressed concerns that by requiring that such a class be part of the regular curriculum in Florida high schools, another program may have to be jettisoned.

“We’re still stuck on the same number of hours a day, 180 days a year, and every time we add something in as a graduation requirement, something else has got to fall out, and in the past that has usually been art, music, and physical education,” said Montford, a lifelong educator.

Montford said that if students in Florida are going to have to compete nationally and even internationally in 2017, “we’ve got to bite the bullet” and begin adding more time in the classroom over, mentioning that children in other countries go to school for eight hours a day and “200 something days out of a year.”

Eastern Hillsborough County Republican Tom Lee agreed in part, saying that the Legislature has also been working on other bills that would be added to the regular curriculum, such as making computer coding a second language to study, as well as a recess bill. But he said that the need for financial literacy was paramount.

“There are too many people who reach adulthood,” Lee said, “and very shortly thereafter, are in big trouble and spent the next seven years of their life trying to dig out of debt.”

There is a similar bill in the Florida House (HB 955) sponsored by Seminole Republican Larry Ahern and Fort Myers Republican Heather Fitzenhagen.