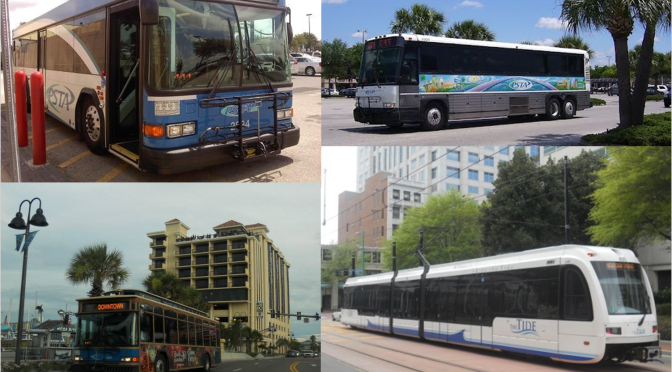 Legislation that would refigure the Tampa Bay Area Regional Transit Authority (TBARTA) had its first hearing in the Florida Legislature, where it became clear changes may be needed if its to pass.

The bill was introduced by Clearwater state Senator Jack Latvala earlier this month, and is being sponsored in the House by Plant City Republican Dan Raulerson. The bill (HB 1243) creates a regional transit agency that would alter TBARTA by giving it direction to plan, implement and operate multimodal transit options throughout the region. It would coordinate plans among member counties and prioritize regionally-significant projects. And it designates TBARTA as the recipient of federal funds for any intercounty or major one-county project.

The fact that there would be one more board member coming from the private sector bothered some officials on the House Transportation and Infrastructure Subcommittee, which discussed the bill on Tuesday. The board would consist of 13 members, three of whom would be selected by the Governor. The Senate President and Speaker of the House would get two selections. The four counties would select one representative; there would be one representative from the Hillsborough Area Regional Transit Authority (HART) and the Pinellas Suncoast Transit Authority (PSTA).

“I think part of the issue is we want to have some private expertise on the board,” Raulerson said. “Currently we have a vast majority of elected officials on TBARTA. What we’re attempting to do is say, ‘Look, let’s have a balance.'”

St. Petersburg Democrat Wengay Newton and Tampa Republican Jackie Toledo both expressed reservations about there being more members from the private sector than elected officials on the agency. Raulerson said he was open to discussing that, but felt that there was a chance that the representatives from HART and PSTA would likely be an elected official anyway.

Toledo also questioned why there would be no member from the Florida Dept. of Transportation on the proposed board. Raulerson said the purpose of the legislation was to “unclutter the process and make sure that going forward we have an effective governance policy,” adding however that he would be open to adding an FDOT representative to the board.

Unlike TBARTA, however, it would only encompass four counties –  Pasco, Pinellas, Hillsborough and Manatee.

Hudson Republican Amber Mariano asked Raulerson why it had been reduced from seven. Raulerson said it was to  “narrow the focus,” because the existing structure of TBARTA “hasn’t resulted in what we want.” He later said that there is a possibility of adding Hernando County to the agency.

“This bill gives me pause,” Newton said, referring to the fact that Tampa Bay voters have rejected recent tax referendums on transit. “I don’t see how changing a board is going to do that.”

The bill is considered the number one priority of the Tampa Bay Partnership.

“Transportation is the greatest economic challenge facing our region today,” said Rhea Law, Chair of the Tampa Bay Partnership and Chair, Florida Offices at Buchanan Ingersoll & Rooney. “Our limited transit options and lack of regional connectivity inhibit our residents’ access to jobs, our businesses’ access to workers, and the efficient movement of goods and commerce that drive economic growth. This legislation is a critical first step to creating a seamless regional transit system that successfully addresses these issues. We thank the sponsor, Rep. Dan Raulerson, and the members of the House Transportation and Infrastructure Subcommittee, which includes Bay Area Legislative Delegation members Rep. Amber Mariano, Rep. Ralph Massullo, Rep. Wengay Newton and Rep. Jackie Toledo, for recognizing the importance of this bill and allowing it to move forward through the legislative process. Their actions today encouraged continued discussion and allow for future efforts to improve the bill.”

The bill will get its first hearing in the Senate on Wednesday in the Transportation Committee.