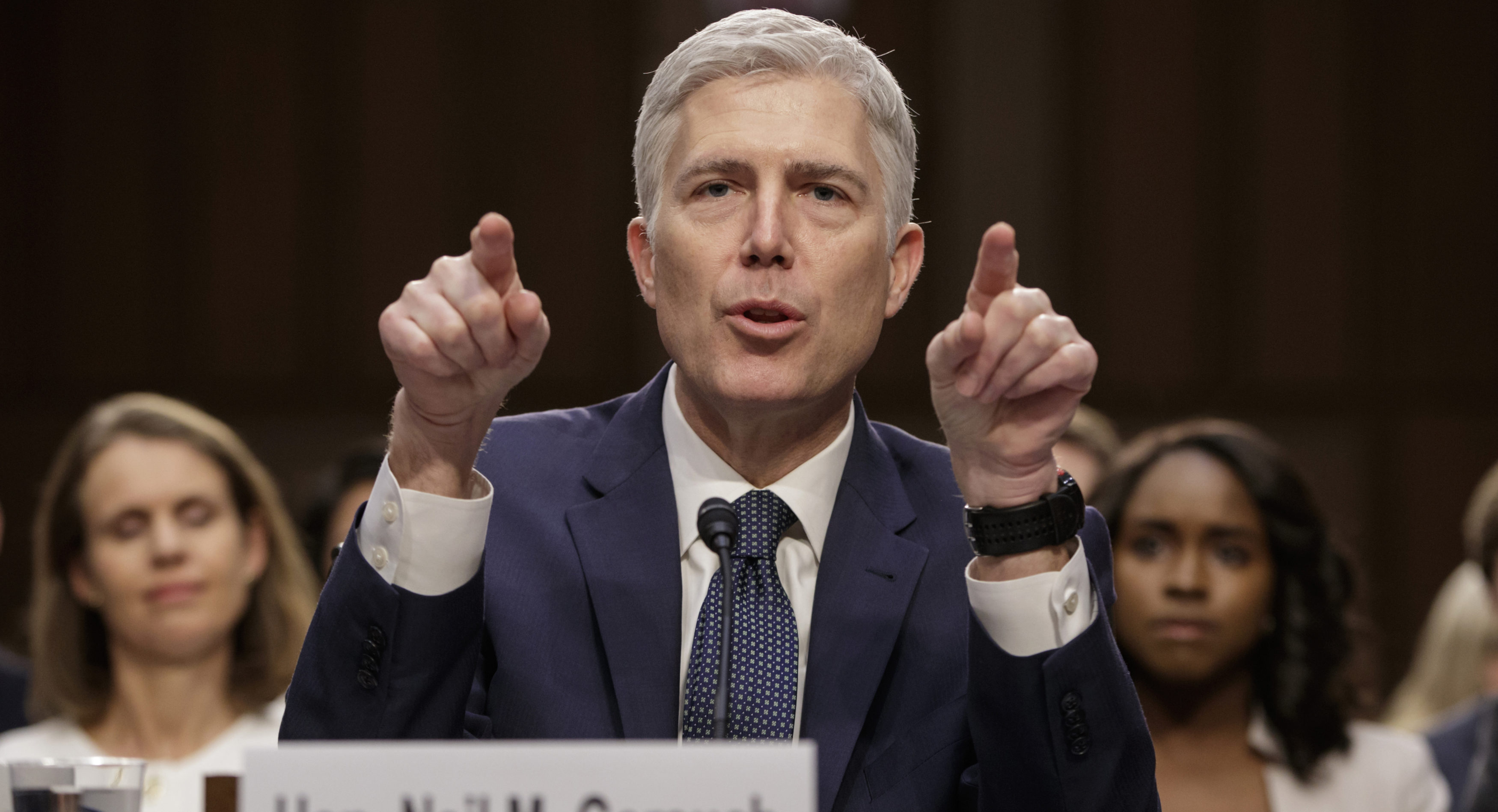 Until 1987, presidential nominees to the U.S. Supreme Court were respectfully received and reviewed by the U.S. Senate. In 1986, Antonin Scalia, a judicial conservative and constitutional originalist, was nominated by President Ronald Reagan to a vacancy on the court.

The confirmation process imploded in 1987 when another Reagan nominee to the court, Robert Bork, was subject to such a vicious attack concerning his record and judicial temperament, that the word “borking” became part of the political lexicon. To be “borked” was to be the subject of a public character assassination.

Since the defeat of Judge Bork in 1987, the confirmation process for Supreme Court nominees has become bitter and brutal. In 2016, President Barack Obama nominated the highly-qualified jurist Merrick Garland to fill the vacancy due to the death of Scalia. The Republican-controlled Senate refused to hold hearings on the Garland nomination, arguing that it should be left to the next president.

Democrats were outraged by the treatment of Garland and are taking out their anger by attempting to defeat President Donald Trump‘s nomination of Neil Gorsuch. Democrats contend that Gorsuch’s views are out of the mainstream and accuse him of favoring corporations over workers. They also argue that he fails to fully defend the right to vote and favors the “powerful candidate interests over the rights of all Americans.”

Republicans respond by asking how, if Gorsuch’s views were so extreme, did he win confirmation on a 98 to 0 vote 10 years ago, when he was seated on the 10th Circuit Court of Appeals in Denver, Colorado. Would not some of those senators have opposed his extreme views when first nominated?

Not only that, but the American Bar Association (ABA) told the Senate Judiciary Committee that Judge Gorsuch received its “well qualified” rating, the highest rating available from the ABA. Nancy Scott Dogan of the ABA said, “We do not give the “well qualified” rating lightly.” So, why does the ABA see Judge Gorsuch in such a different light than Democrats in the Senate?

Republicans want to confirm Gorsuch for several reasons. With the death of Justice Scalia, Gorsuch would likely carry on his conservative views. For quite some time, the court has been divided between four conservatives, four liberals and the swing vote of Justice Kennedy.

The Republicans and Trump also need a political victory. The Republican failure to “repeal and replace” Obamacare was a deep political blow to the party and its president.

President Trump, who promised his supporters that they would “get tired of winning,” are beginning to wonder what happened to all those promised wins.

Democrats want to defeat Gorsuch as political payback for the treatment of Garland, and also to make amends for Trump’s surprise victory over Hillary Clinton.

In addition, Democrats want a second major defeat of Trump after he failed to secure passage of the Republican health care plan. Democratic activists do not want their elective officials to give 1 inch to the Republicans.

In 2005, the “Gang of 14” senators from both parties reached an agreement to prevent an impasse over judicial nominations. The filibuster and 60 vote requirement would continue for Supreme Court nominees, but a simple majority would be needed for other nominations.

Since Republican outnumber Democrats 52 to 48 in the Senate, eight Democrats must support Gorsuch for him to be confirmed. So far, no Democrat has indicated support for Gorsuch. As a result, Republican Majority Leader Mitch McConnell is threatening to use the “nuclear option.”

If Democrats are successful in their filibuster against Gorsuch, it will be the first successful filibuster of a Supreme Court nominee in over 50 years when the Senate rejected President Lyndon Johnson‘s selection of Abe Fortas to be Chief Justice.

According to Republican Sen. Lindsey Graham of South Carolina, a successful Democratic filibuster would mean “that qualifications no longer matter.” A candidate unanimously confirmed to the Court of Appeals a decade ago and one who has received the highest rating from the ABA is not suitable for the court.

Republican Sen. Susan Collins of Maine, one of only three senators still left who brokered the “Gang of 14” deal, is keeping the door open to use the nuclear option. As a firm believer in the rules and traditions of the Senate, Collins argues that “it would be unfair if we cannot get a straight up-or-down vote on Judge Gorsuch.”

But then, it was only a year ago, that Obama and the Democrats were making the same argument on behalf of Merrick Garland.

If only one of the two parties could grow up!