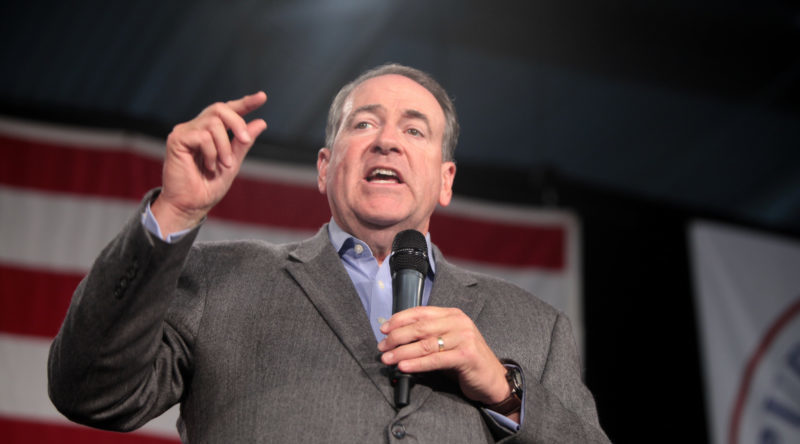 Now that he’s dispensed with the possibility of running for political office again, former GOP presidential candidate Mike Huckabee says he just wants to be a cultural “preservative.”

Huckabee ran for the Republican presidential nomination in 2008 and 2016, and had a talk show on Fox News. His daughter, Sarah Huckabee Sanders, now is deputy White House press secretary for President Donald Trump.

Earlier this week, at the Okaloosa County Republican Party’s Lincoln Dinner, he batted down continued rumors of another run for elective office, including Florida governor.

“Let me be real clear — it ain’t me,” Huckabee said, according to the Northwest Florida Daily News. “There is a greater likelihood that I will have transgender surgery than I will run for the governor of any state, at any time, or anything, anywhere. It ain’t happening.”

On Wednesday, he referred to a passage in Matthew in which Jesus tells his followers they are the “salt of the earth” and the “light of the world.”

“We seek to have an influence and a preservative effect on the culture,” he said. “Salt in the first century was a preservative. It’s how things were kept from spoiling … there were no Yeti coolers.

“When Jesus told us that, what he meant was, if the world is rotting, putrefying, spoiling, you’re supposed to keep that from happening,” Huckabee said. “It’s not the secular world’s fault that things are going astray, it’s our fault. If the salt isn’t doing its purpose, to preserve, then things will get worse.

“The burden is not on the people who do not embrace the Gospel; the burden is on those of us who do.”

Indeed, the problem in his view is that “Christian believers are not doing enough … It’s not one or two issues, it should mean that in every aspect of our lives, everything we do is changed through our relationship with Christ.

“If we’re not consistent, I can see why people would be cynical and say, ‘if that’s what it means to be a believer, to treat people with indignities, then I don’t want any part of it,’ ” he added. “And that’s the challenge.”

For instance, the biblical perspective “means there is no such thing as an expendable person, as a person who is disposable,” he said. “Every life is sacred … We shouldn’t put a higher value on the captain of the football team than a child with Down syndrome.”

previousBut does it come with a Bose premium surround-sound audio system?

nextJoe Henderson: Concern for the environment really depends on which party is in charge