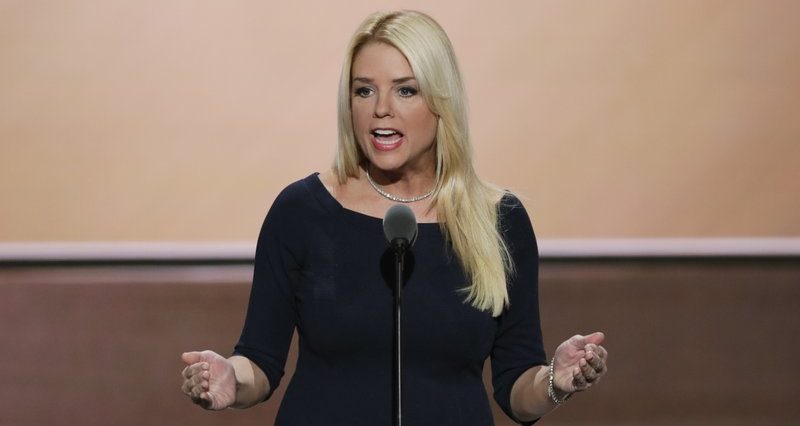 Attorney General Pam Bondi has lost a preliminary round in a lawsuit claiming she forces businesses to pony up millions of dollars to unregistered charities as part of settlements in consumer protection cases.

A list of the unregistered charities alleged in Smith’s suit was disclosed late Tuesday to FloridaPolitics.com, showing that those included Bondi’s own “Law Enforcement Officer of the Year” award and “scholarship funds designated by the Attorney General.”

Also on Tuesday, Bondi released a lengthy statement, saying Smith had harassed her staff and that his suit is “completely unfounded” and “meritless.”

In 2015, her office had launched an investigation against Smith, who invented Storm Stoppers plastic panels as a “plywood alternative” to protect windows during storms.

Smith filed a petition for a “writ of quo warranto” against Bondi last week in Leon County Circuit Civil court. Such actions are filed against government officials to demand they prove their authority to perform a certain action.

The petition says Bondi “exceeded (her) authority” under a state law aimed at protecting consumers and businesses from abuse.

It was “verified,” meaning Smith declared under penalty of perjury that the allegations are true. He wants a judge to prohibit Bondi from ordering payments to any more unregistered charities.

Between 2011 and 2016, Bondi’s office settled enforcement actions with 14 businesses in which they wound up paying more than $5.5 million to 35 unregistered charities, the petition says. Bondi was first elected in 2010.

That’s out of 55 businesses who paid $20.2 million “in forced contributions to charitable organizations” to settle cases in the same timeframe. Other groups receiving contributions were registered as charities in Florida.

In her statement, Bondi defended the way she settles consumer cases and railed against Smith.

“For two years, my attorneys have been dealing with harassment from the petitioner in this case for looking into his ‘business’ of selling hurricane-resistant plastic panels that (attach) to windows,” she said. “Throughout that process, Mr. Smith has heaped abuse on my attorneys and continues to target my office. His attacks are completely unfounded.

“What my attorneys are doing is designed to benefit Florida’s citizens while conserving taxpayer resources,” Bondi said. “When my office investigates consumer protection cases, it is often in the public interest to settle when we can protect the public without having to go to court.

“In addition to obtaining promises that the targets of investigation will stop unlawful conduct, we are often able to secure promises to make contributions that promote the public good,” she said. “These contributions, among other things, support legal services for the poor, scholarship funds, governmental entities and educational institutions.”

Smith also said Bondi was wrongly directing contributions to her office’s own nonprofit, Seniors vs. Crime, which is a “conflict of interest,” the suit says. Two of its directors work for Bondi.

“My office has signed agreements providing for contributions to Seniors vs. Crime, a nonprofit organization started in 1989 under Attorney General (Bob) Butterworth to help seniors when they are the victims of consumer fraud and to help educate them on how to avoid becoming victims in the first place,” Bondi said in the statement.

“Mr. Smith’s lawsuit to stop these efforts is meritless, and I will continue my fight to protect Florida’s citizens from abusive business practices, regardless of the harassment Mr. Smith directs at my office and my attorneys.”

Smith, who is in Hawaii on business, was asked to respond to Bondi’s statement via email; he had not yet responded as of late Tuesday.