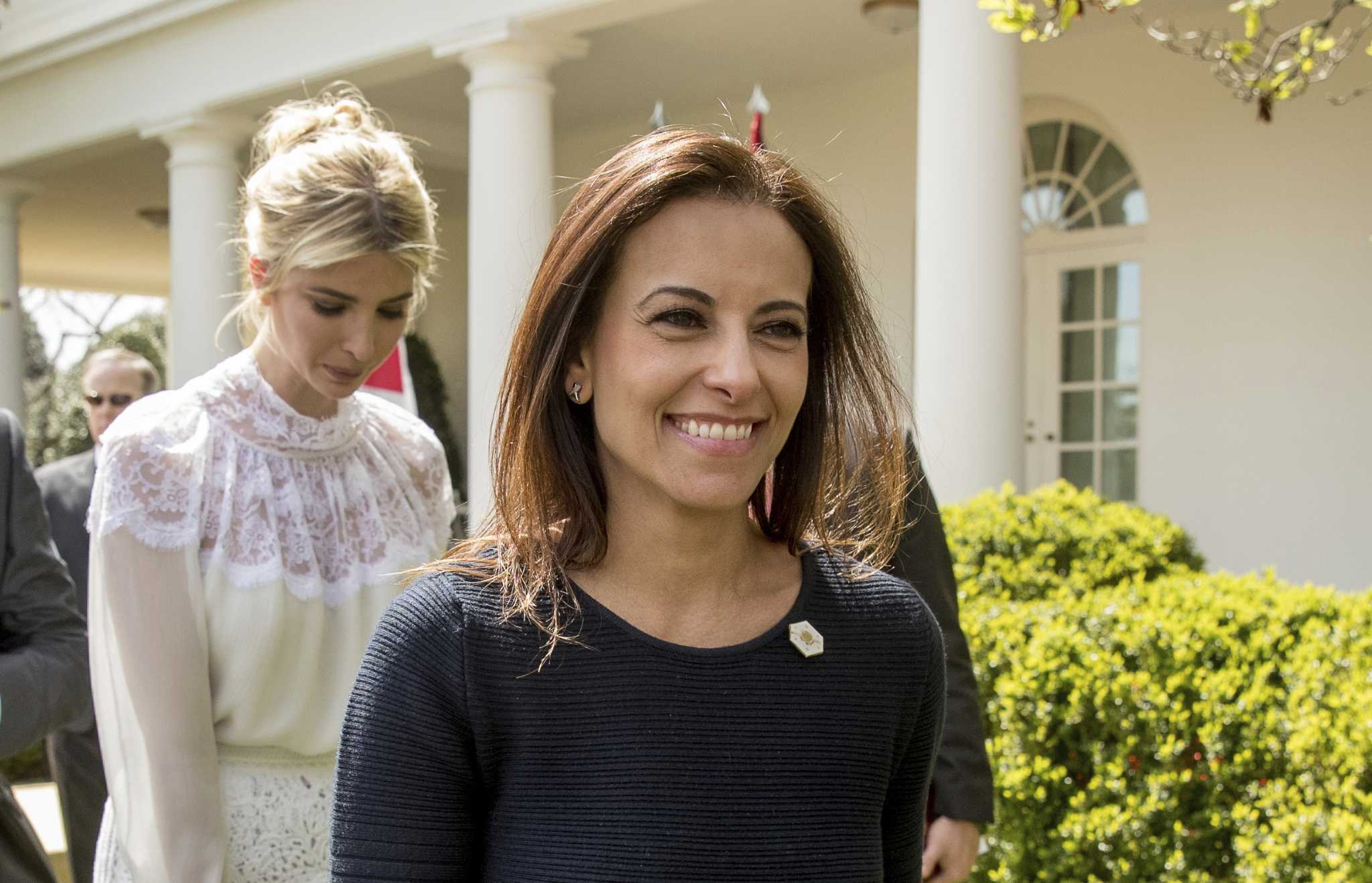 The photo from inside Donald Trump‘s makeshift situation room at Mar-a-Lago affirmed what White House insiders have recognized for some time — that Dina Powell has quietly established herself as a White House power.

Though sandwiched between other administration officials, the deputy national security adviser for strategy stands out as the only woman among 13 staffers in the room on the night the president ordered the missile attack in Syria.

And in a White House that is split between outsider ideologues and more traditional operators, Powell is viewed as a steady force in the growing influence of the latter. Her West Wing experience, conservative background and policy chops have won over Trump’s daughter and son-in-law. Now, Powell is at the table as the president turns more of his attention to international affairs, attempting to craft a foreign policy out of a self-described “flexible” approach to the world.

“No one should ever underestimate Dina Powell.” says Brian Gunderson, a former State Department chief of staff. He hired her to work in former House Majority Leader Dick Armey‘s office early in her career and later worked with her in George W. Bush‘s White House.

She is a rare Bush veteran in a White House that has largely shunned its Republican predecessor’s legacy. She came via Goldman Sachs — decidedly not a rarity for the new president — originally to work on economic development at the behest of Ivanka Trump and Jared Kushner. An Egyptian-American with international experience and fluency in Arabic, she was soon moved to the National Security Council, though she retains her economic title.

Powell’s ties to Ivanka Trump and Jared Kushner, who recruited her, and to economic adviser Gary Cohn, a fellow Goldman alumnus, mean she has been labeled by some as part of a more moderate group at the White House. But GOP leaders describe her as a longtime conservative thinker.

She has quickly earned the respect of the president, who said in a statement to The Associated Press: “Dina is an extremely intelligent and competent member of my team. She is highly respected and a great person.”

National Security Adviser Lt. Gen. H.R. McMaster said he recruited Powell “because of her exceptional expertise and leadership skills, to lead an effort to restore the strategic focus of the national security council. She has already accomplished this shift in a few weeks, establishing great relationships across our government and with key international allies.”

Powell’s foreign policy experience was forged under Condoleezza Rice, who brought her into the State Department when the Bush administration was trying to improve diplomacy in the Middle East.

Calling her a “member of my Middle East brain trust,” the former secretary of state said that Powell knows the region well and “not just confined to Egypt.” She added that Powell was “somebody who understood the limits of secularism in the Middle East but the dangers of fundamentalism. She brought sensitivities to those issues.”

Still, Powell is plunging into a national security role at a fraught moment, as the United States ponders next steps with Syria, navigates complex relationships with North Korea, China and Russia and seeks to combat the rise of ISIS. All under a president, who campaigned on a platform of “America First” but whose foreign policy has proved unpredictable.

Tommy Vietor, who served as NSC spokesman under Barack Obama, said the administration is still struggling to present a coherent foreign policy.

“Does ‘America First’ mean we don’t care anymore?” he asked. “They need to do a better job making clear people understand where they stand on many issues.”

Powell was brought onto the national security team after a period of tumult.

Trump’s first national security adviser, Michael Flynn was asked to resign in February amid revelations that he misled senior administration officials about his Russian contacts. One of his deputies, K.T. McFarland — notably absent from the Florida photo — is expected to exit soon. She is in line to be U.S. ambassador to Singapore.

As deputy national security adviser for strategy, Powell is working to coordinate the various U.S. security-related agencies and advisers. According to a recent national security memo, she attends meetings of the National Security Council’s Principals Committee and Deputies Committee. Those advisers briefed Trump with options last week after a chemical attack that the U.S. determined was ordered by Syrian President Bashar Assad.

Born in Cairo, Powell moved to the United States with her family at the age of four and had to learn to speak English. She is a Coptic Christian, the faith that was targeted with bombings of two churches in Cairo on Palm Sunday.

Entering Republican politics at a young age, Powell put herself through the University of Texas by working in the state Legislature. After stints with several GOP congressional members and at the Republican National Committee, she joined George W. Bush’s administration. There she became the youngest person to ever run a president’s personnel office. Later she served Rice as assistant secretary of state for educational and cultural affairs and as deputy undersecretary of state for public diplomacy and public affairs.

From the White House, Powell went to Goldman Sachs, where she worked for a decade, becoming a partner, looking after global investment and serving as president of the company foundation, overseeing an effort to invest in female entrepreneurs around the world.

Speculation is already underway about whether her current role could grow.

“She’s already ascending in a big way,” said Sen. Bob Corker, a Tennessee Republican, who has known Powell for years. “My sense is she will continue to be someone to look for.”