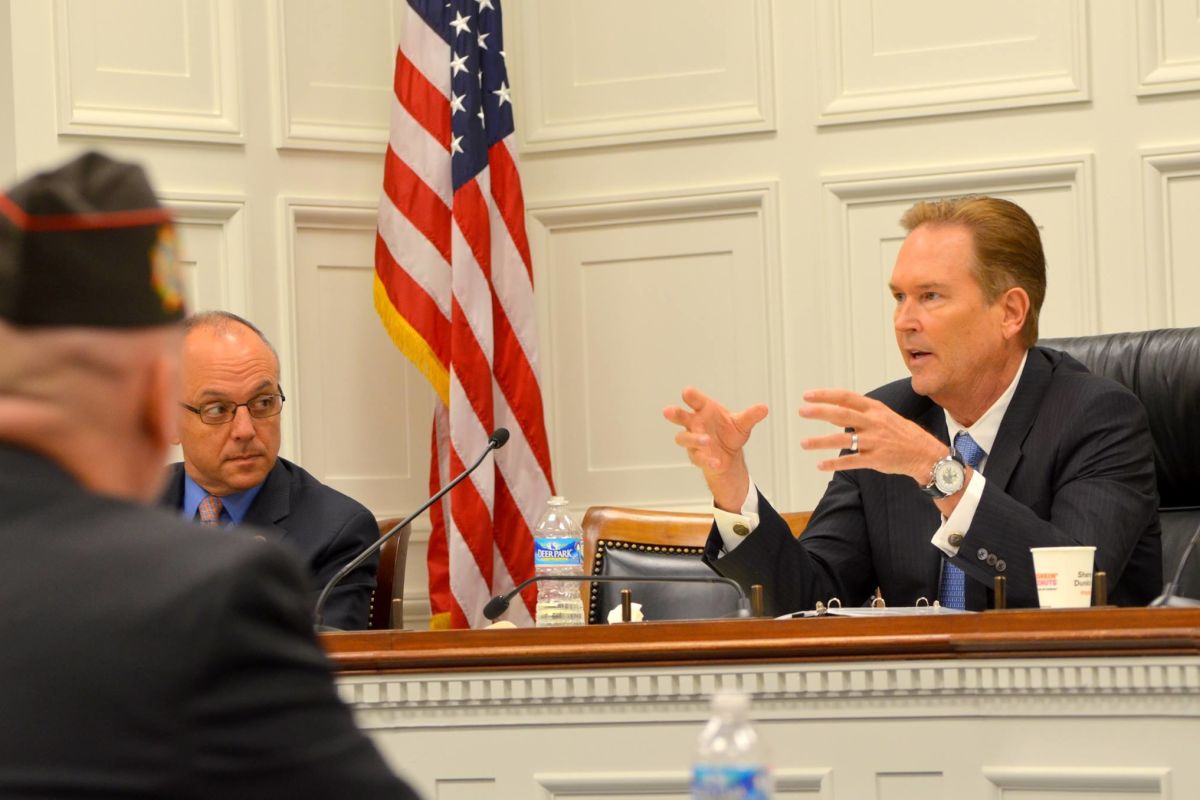 Red tide, also known as Karenia brevis algae, has lingered along Suncoast shores on and off for several months now, killing thousands of fish and discouraging potential visitors from taking in some of the country’s best beaches. Karenia brevis algae produces a toxin that can harm and kill a variety of animals, including birds, fish, sea turtles and marine mammals such as dolphins and the already endangered Florida manatee. In fact, the toxins from red tide blooms killed nearly 300 Florida manatees in 2013.

In a letter sent to the chairman of the House Appropriations Subcommittee on Commerce, Justice, Science and Related Agencies, Buchanan requested increased funding to combat harmful algal blooms. Buchanan said the specific focus should be on red tide, within the National Oceanic and Atmospheric Administration (NOAA).

The Congressman stressed the critical need for federal support as harmful algal blooms, including red tide, are occurring with “increasing frequency and severity across the country.”

Harmful algae blooms cause $82 million in economic losses to the seafood, restaurant and tourism industries each year in the U.S., according to NOAA.

“We need to use every tool at our disposal to safeguard the public and protect marine life and fragile coastal ecosystems,” Buchanan wrote. “Not only do harmful algal blooms deter tourists and upset related industries, they can be dangerous to humans as well.”

Human consumption of shellfish contaminated from red tide areas can cause serve illness and even lead to death in certain circumstances. Additionally, people who swim in red tide or inhale the toxins while near the water can suffer from severe respiratory issues, skin irritation and rashes. The state’s health department even advises that people with severe or chronic respiratory conditions like asthma are especially vulnerable and should steer clear of red tide waters.

Buchanan has an extensive record of preserving Florida’s waterways and pristine coastline. Earlier this year he co-chaired a bipartisan meeting of the 29-member Florida congressional delegation focused on combating red tide, toxic algae and examining other water quality issues. The Congressman also is a longtime opponent of drilling off the Gulf Coast. Last month Buchanan expressed his opposition to the Trump administration’s proposal to open up more than 70 million acres off the coast of Florida to oil and gas drilling over the next five years starting this August. He also backed legislation, signed by President Obama in 2016, that would protect estuaries, including Sarasota Bay.

Full text of the letter can be found below.

Harmful algal blooms, including red tide, are occurring with increasing frequency and severity across the country. The toxic bacteria, which can cause respiratory problems and has been linked to acute liver failure, is particularly harmful to coastal communities dependent on clean water.

This threat to humans, marine life and the economy deserves our attention.

As you being your work on the fiscal year 2018 Commerce, Justice, and Science funding bill, I respectfully ask that you include robust funding to combat these harmful algal blooms, with a specific focus on red tide, within NOAA’s National Ocean Service.

HABs are a growing national concern because of the widespread and lasting damage they cause to not only the health of humans, marine life, and coastal ecosystems, but to our local economies as well. In fact, due to its impacts on public health, tourism, seafood and other related industries, HABs occurring in U.S. marine waters are estimated to cost the U.S. over $80 million a year.

Currently, however, there is no effective method to combat some of the most challenging and devastating HABs, such as red tides caused by Karenia brevis algae, without severely affecting our marine ecosystems. Red tide outbreaks, which have affected the Gulf of Mexico since the 16th century can kill or sicken turtles, seabirds, and marine mammals, and even leads to massive fish kills. They also lead to widespread closures of shellfish beds from Florida trough Texas every year.

Perhaps most concerning, however, are the negative consequences HABs and red tide specifically have on people. Not only do harmful algal blooms deter tourists and upset related industries, they can be dangerous to humans as well.

People can become ill with Neurotoxic Shellfish Poisoning (NSP) or even die as a result of consuming contaminated shellfish that has been exposed to HAB toxins. People who swim in red tide or inhale the toxins while near the water can also suffer from severe respiratory issues, skin irritation and rashes.

We need to use every tool at our disposal to safeguard the public and protect marine life and fragile coastal ecosystems.

I would also encourage you to collaborate with local and state partners and non-profit marine research institutions and universities to better utilize emerging technologies and cutting edge approaches to fight back against harmful algal blooms. Thank you for your consideration of this request, and for your leadership on the committee.

previousThe text message that almost blew up the 2022 Speaker's race