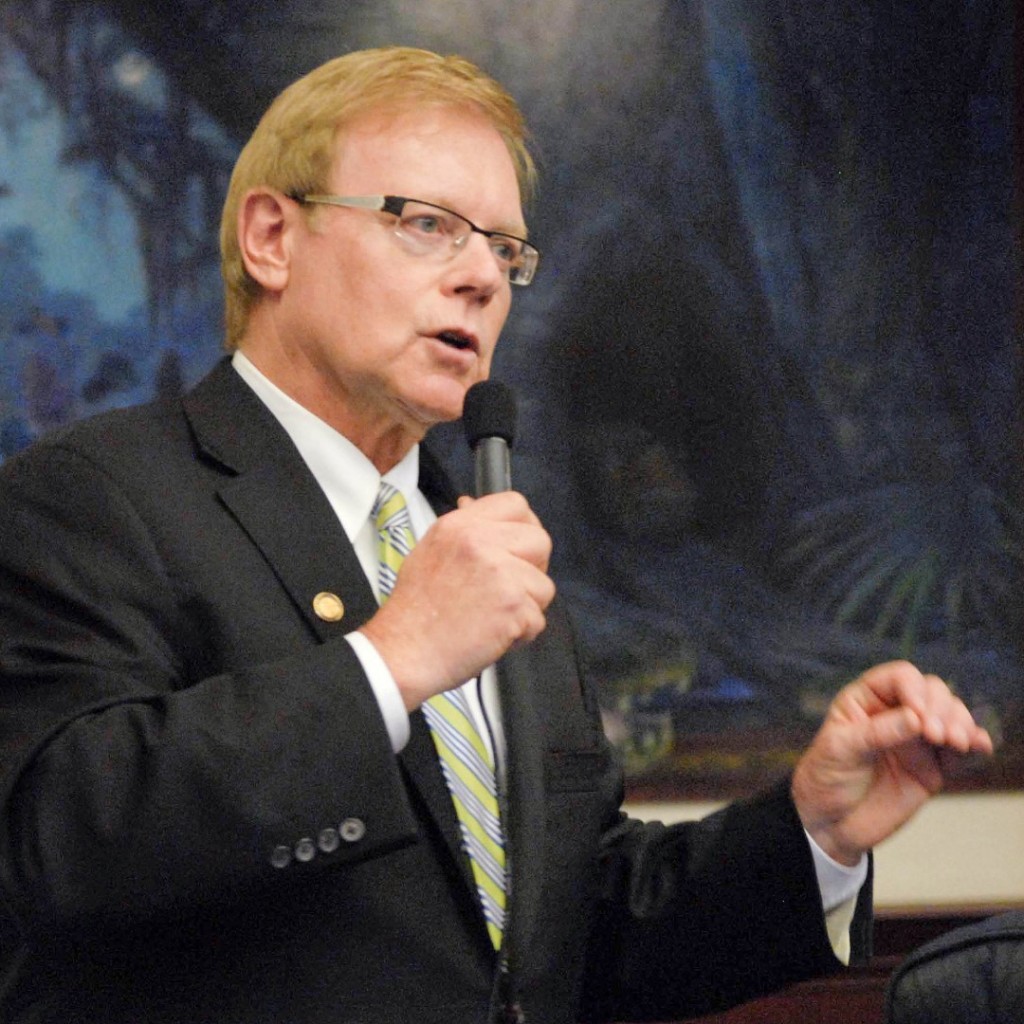 The main things separating the House and Senate on civil and criminal justice spending is whittling down Senate member projects and construction costs in the juvenile justice and prison systems.

“These are really not sticking points. It’s really the philosophical difference,” Hager said.

The talks opened with a $200 million gap between the House and Senate positions — the former intending to spend $4.8 billion, the latter $5 billion.

“The Senate proposed budget was substantially higher that the House. They’ve come down. We’ve shown goodwill — we’ve come up on some issues,” Hager said.

He figured the next meeting, sometime late morning, would resolve “90, 95 percent” of the remaining differences.

“It’s been hard to get to their numbers in the House, but we’re getting there,” said Sen. Dennis Baxley, sitting in for Sen. Aaron Bean as lead Senate negotiator while other business occupied Bean.

Both sides agree that Orlando State Attorney Aramis Ayala should have fewer prosecutor slots, since she’s vowed never to seek the death penalty, although the Senate started out with a smaller cut, designed to shield Ayala’s human trafficking program — $622,000, compared to $1.3 million in the House, representing 21 positions.

“It’s not a cut of positions; it’s an allocation of positions consistent with work. It needs to be articulated that way, because that’s what it is,” Hager said.

The meeting was the occasion of rare public comment when Jack Cory, lobbyist for the Florida Alliance of Boys and Girls Clubs, told conferees of the complicated administrative process grant recipients must go through to get paid.

Legislative leaders have stressed that conference meetings would offer opportunities for public participation but, thus far this year, there have been few takers.

“Talking with the members, I think there’s been some misunderstanding that mentoring programs, juvenile prevention programs, and in fact many of the programs that you all have funded, that on the first of July the state writes us a check and pats us on the head and we just go our way. Nothing can be further from the truth,” Cory said.

In fact, oversight is such that his clubs were reimbursed for July 2016 expenses only on Oct. 1, he said, following multiple levels of oversight.

“As chairman of Government Oversight and Accountability, I’m encouraged we have that much accountability,” Baxley said.