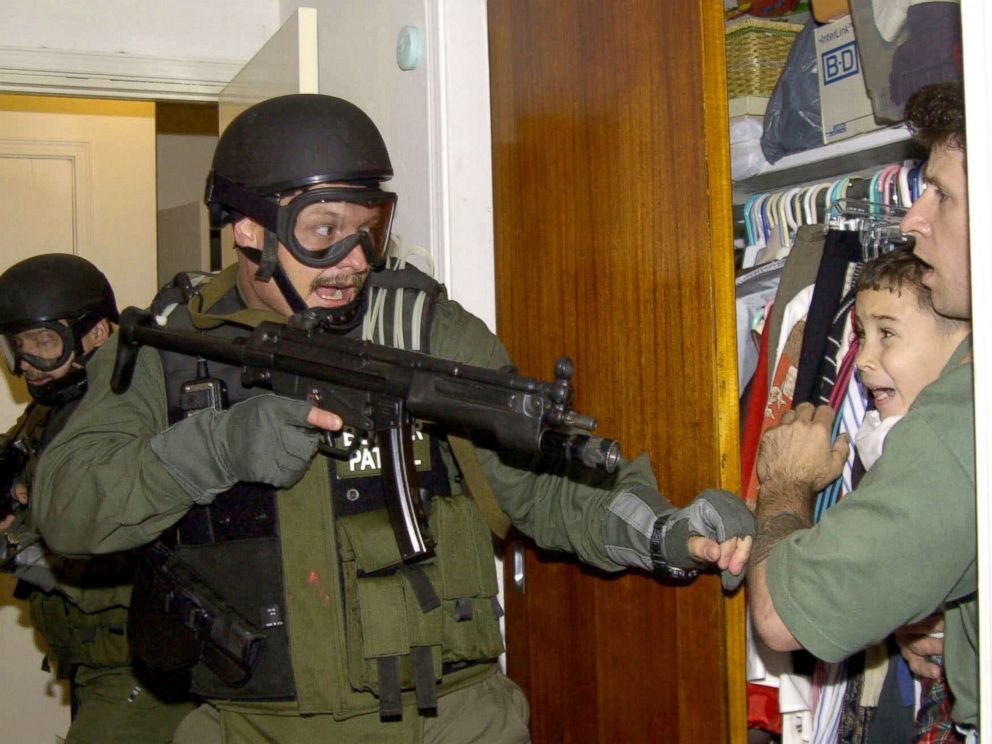 Some things in life ought to be above politics, none more so than a parent’s relationship to a child. How this truth was sorely tested in Florida not so long ago is the subject of a new documentary that we should all want to see. CNN reportedly will air it sometime after it begins to appear in theaters later this month.

As described in the Miami Herald Sunday, it relates the “painful chapter in Cuban-American history” that began early on Thanksgiving morning 1999 when two South Florida fishermen found 5-year Elian Gonzalez tied to an inner tube in the ocean.

His mother and 10 others who were trying to flee Cuba had drowned two days before when their boat swamped. His father, Juan Miguel Gonzalez, was still in Cuba, where Elian had frequently stayed with him after his parents’ divorce. He had not consented to his ex-wife removing the boy from the island.

Relatives in Miami took custody of the child and refused the demands of his father and the Cuban government to send him home, turning a human saga of death and survival into an international incident.

To the Miami relatives and much if not most of the Cuban exile community there, it was a struggle between the democracy where they thought he should live and the dictatorship where his sole surviving parent lived. A father’s rights to his son seemed no part of it. Little thought was given, not in public anyhow, to how Americans might feel if it were a case of an American father trying to retrieve a child from Cuba.

The relatives filed asylum applications on Elian’s behalf, but the Immigration and Naturalization Service rejected them. After interviewing both the boy and his father, the agency found that the father had not been coerced by the Cuban government and that 6-year-olds “lack the capacity to file personally for asylum against the wishes of their parents.” The case went to court. A district court sided with the government, and the relatives appealed to the 11th U.S. Circuit Court of Appeals, which upheld the INS June 1, 2000.

That court said that although it was “troubled” by the fact that Cuba was a dictatorship, the INS was “reasonable” in concluding that the father’s wishes trumped political concerns.

By then, armed federal agents acting under Attorney General Janet Reno‘s command had rescued Elian, or kidnapped him, depending on one’s point of view, to reunite him with his father in Washington. The April 21 raid was incendiary news, especially at Miami, where Reno had been the state attorney before becoming Bill Clinton‘s longest-serving Cabinet member.

Father and son remained in the United States while the Miami relatives appealed to the U.S. Supreme Court. On June 28, the high court refused to hear the case. Elian and his father returned to Cuba a few hours later. They live there still; Elian is now an industrial engineering graduate, a member of the Young Communists Union, and an admirer of the late dictator Fidel Castro.

I had known Reno for years, considered her a friend, and wasn’t surprised by the courage she displayed in doing what she knew would be greatly unpopular back home.

It was the last of her significant controversial decisions she made at the Justice Department, one of which was to authorize the independent counsel’s investigation that led to Clinton’s impeachment by the House.

But there was the ex-president, speaking at her memorial service December in Miami, praising her as the person whom he knew would always do what she thought was right, no matter the consequences.

The Gonzalez story was underplayed on that occasion. The Cuban community was still celebrating Fidel Castro’s recent death, and Reno’s family thought it best not to reopen old wounds by revealing the telephone call they had received after she had lost her long struggle with Parkinson’s disease. I had been told, but in confidence.

This week, upon news of the documentary, they decided the time had come.

The week after Reno died, her surviving sibling, Maggy Hurchalla, answered the phone at the Reno homestead in Kendall.

“This is the Cuban embassy in Washington, D.C.,” the caller said. “We have a message for the family of Janet Reno …

“The family of Elian Gonzalez would like to convey their love and gratitude for sending their boy home.”

Yes, there are still some things that are more important than politics.

Martin Dyckman is a retired editor of the Tampa Bay Times. He lives in Asheville, North Carolina.

nextMedical marijuana: OK, it time to drop caps on dispensaries