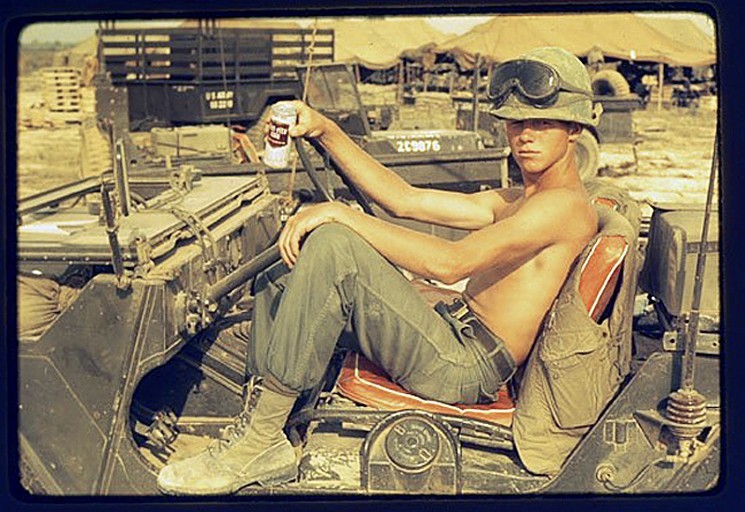 Pictures of the young Bill Cooke show a brooding, handsome, James Dean kind of guy who seems to belong in front of a camera. Lucky for us that he did not see himself that way.

Cooke died last week at age 70, leaving behind a sister, a heartbroken Florida journalism community, and a body of work that serves history and inspires the photojournalists who knew him well, and the ones who wish they could have known him better.

Among the latter is Colin Hackley, a highly-regarded photojournalist who has spent two and a half decades covering Real Florida, as well as UnReal Florida. Hackley had the advantage of a formal education at one of America’s elite journalism schools, and is well-equipped to explain the magic of Cooke, a self-taught newsman who was equally comfortable wielding a camera or a pen.

“You have to recognize what the story is and how to get to each of its component parts, ” said Hackley. “Photojournalists are called to record what is in front of you in a truthful, fair manner and put yourself into a position to get the picture that tells the story.”

News people like Cooke and Hackley could count on a modest but steady paycheck in the years when Old, Big Media could count on a double-digit ROI. “It always takes courage to tell a story,” said Hackley, and courage was easier to come by when news organizations sent reporters and photographers out in teams, with a license to kill, metaphorically speaking, anything between them and the news.

Hackley describes the ideal reporter-photographer dynamic as a true partnership of professionals “who can move easily between words and visuals. It’s a second set of eyes that are as interested in telling your part of the story as you are in telling theirs.”

When the ecosystem that supported those kinds of collaborations began to collapse, Cooke was forced to draw upon his personal reserve of courage. He had plenty of that. Cooke’s blog, Random Pixels, was appointment reading for people who care about Florida, and the people who tell Florida’s story.  Even as his health was failing, he never failed to inform and entertain.

Cooke was not the only source of stories headlined “Miami Herald continues to make staff cuts with no end in sight,” but he brought a ballsy outrage to the subject that was a comfort to journalists who had been tossed out with their notebooks and cameras and very little in the way of notice or severance.

Cooke served in Vietnam and died of pulmonary fibrosis in a VA hospice. In between, he was a valiant warrior for truth in a cold and cowardly world.

nextAnn W. Madsen: Where are the champions for women?