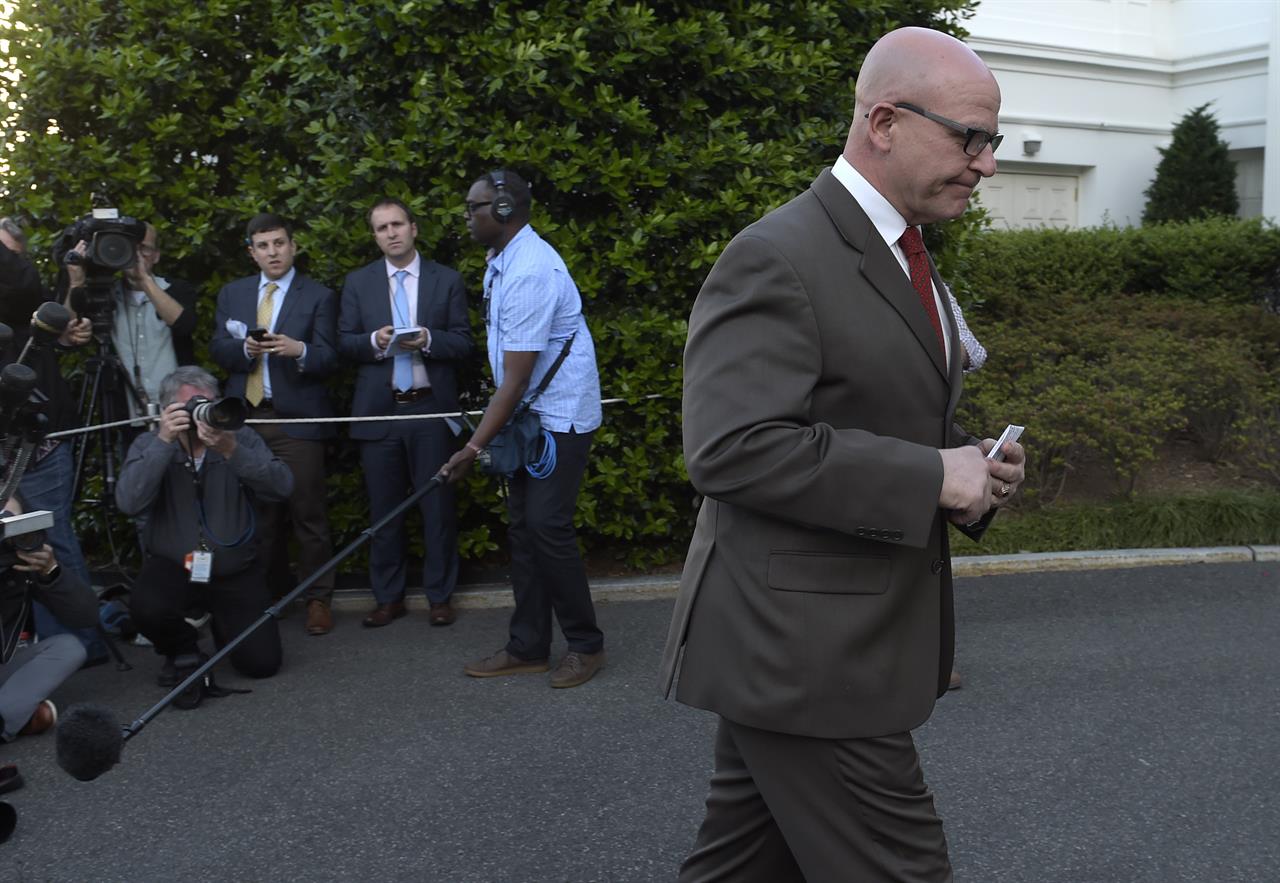 President Donald Trump defended revealing information to Russian officials, saying in a pair of tweets Tuesday that he shared “facts pertaining to terrorism and airline flight safety” and had “the absolute right” to do so.

Trump was responding to reports Monday that he revealed highly classified information to senior Russian officials during an Oval Office meeting last week, putting a source of intelligence on the Islamic State at risk.

But Trump tweeted that he shared the information for “humanitarian reasons, plus I want Russia to greatly step up their fight against ISIS & terrorism.”

Trump says he wanted to share with Russia “facts pertaining to terrorism and airline flight safety.” He noted that as president, he has an “absolute right” to do this.

The reports by The Washington Post and others drew strong condemnation from Democrats and a rare rebuke of Trump from some Republican lawmakers. White House officials denounced the report, saying the president did not disclose intelligence sources or methods to the Russians, though officials did not deny that classified information was disclosed in the May 10 meeting.

The president and the foreign minister reviewed a range of common threats to our two countries including threats to civil aviation,” said H.R. McMaster, Trump’s national security adviser. “At no time, at no time were intelligence sources or methods discussed and the president did not disclose any military operations that were not already publicly known.”

Secretary of State Rex Tillerson also disputed the Post report. He said Trump discussed a range of subjects with the Russians, including “common efforts and threats regarding counter-terrorism.” The nature of specific threats was discussed, he said, but not sources, methods or military operations.

The Post, citing current and former U.S. officials, said Trump shared details about an Islamic State terror threat related to the use of laptop computers on aircraft with Russian Foreign Minister Sergei Lavrov and Russian Ambassador to the U.S. Sergey Kislyak. The ambassador has been a central player in the snowballing controversy surrounding possible coordination between Trump’s campaign and Russia’s election meddling.

The anonymous officials told the Post that the information Trump relayed during the Oval Office meeting had been provided by a U.S. partner through an intelligence-sharing arrangement. They said it was considered so sensitive that details have been withheld from allies and tightly restricted even within the U.S. government.

The revelations could further damage Trump’s already fraught relationship with U.S. intelligence agencies. He’s openly questioned the competency of intelligence officials and challenged their high-confidence assessment that Russia meddled in last year’s presidential election to help him win. His criticism has been followed by a steady stream of leaks to the media that have been damaging to Trump and exposed an FBI investigation into his associates’ possible ties to Russia.

The disclosure also risks harming his credibility with U.S. partners around the world ahead of his first overseas trip. The White House was already reeling from its botched handling of Trump’s decision last week to fire James Comey, the FBI director who was overseeing the Russia investigation.

A European security official said sharing sensitive information could dampen the trust between the United States and its intelligence sharing partners. “It wouldn’t likely stop partners from sharing life-saving intelligence with the Americans, but it could impact the trust that has been built, particularly if sharing such information exposes specific intelligence gathering methods,” said the official, who spoke on condition of anonymity because the person was not authorized to speak about such intelligence sharing.

The revelation also prompted cries of hypocrisy. Trump spent the campaign arguing that his opponent, former Secretary of State Hillary Clinton, should be locked up for careless handling of classified information.

The Post said the intelligence partner had not given the United States permission to share the material with Russian officials. By doing so, Trump would have jeopardized cooperation from an ally familiar with the inner workings of the Islamic State group, and make other allies – or even U.S. intelligence officials – wary about sharing future top secret details with the president.

Afterward, White House officials took steps to contain the damage, placing calls to the CIA and the National Security Agency, the newspaper said.

The CIA and the Office of the Director of National Intelligence declined to comment Monday evening.

Congressional Republicans and Democrats expressed concern about the report.

GOP Sen. Bob Corker of Tennessee, chairman of the Senate Foreign Relations Committee, told reporters the Trump White House “has got to do something soon to bring itself under control and order.” He described the White House as “on a downward spiral.”

Senate Minority Leader Chuck Schumer of New York also called the story “disturbing,” adding, “Revealing classified information at this level is extremely dangerous and puts at risk the lives of Americans and those who gather intelligence for our country.”

The controversy engulfed the White House. Reporters spent much of the evening camped out adjacent to Press Secretary Sean Spicer‘s office, hoping for answers. At one point, an eagle-eyed reporter spotted a handful of staffers, including Spicer and Deputy Press Secretary Sarah Huckabee Sanders, walking toward the Cabinet Room.

previous2,100 wildfires have burned in Florida since start of year