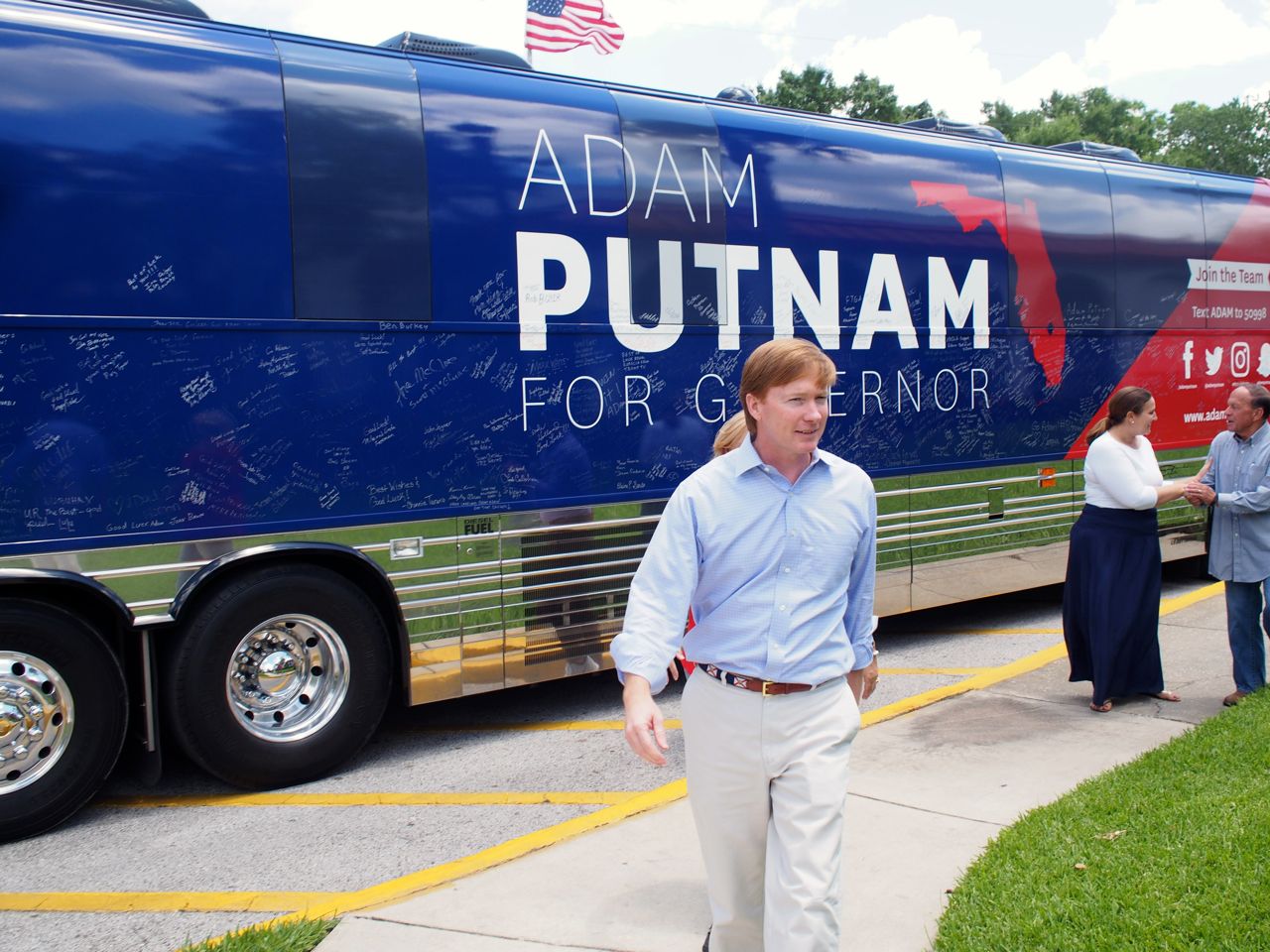 Adam Putnam has now spent a week on the road after his launching a 10-day, 22-city bus tour through Florida, kicking off his bid for governor.

So far, the campaign says the response has been “overwhelmingly positive.”

The state’s Agriculture Commissioner, in a series of “Up & Adam” events, has met with a wide variety of residents, grassroots supporters, small businesses, veterans, and first responders through the state.

As proof of the success of Putnam’s launch, the campaign offers some impressive (and a few lighthearted) numbers racked up during the first week of the tour:

— 1,007: Number of bus tour stop attendees who signed up to volunteer thus far

— 100: Silver Sharpies purchased for supporters to sign the bus

— 99: Silver Sharpies out of ink [Campaign Note: Buy more Sharpies at the next stop!]

The tour will continue through the Panhandle in Panama City, Pensacola, Destin and Graceville. The bus tour concludes Saturday at a BBQ in O’Brien. Details, photos and more information is at AdamPutnam.com.