Last Call for 2.25.21 — A prime-time read of what’s going down in Florida politics 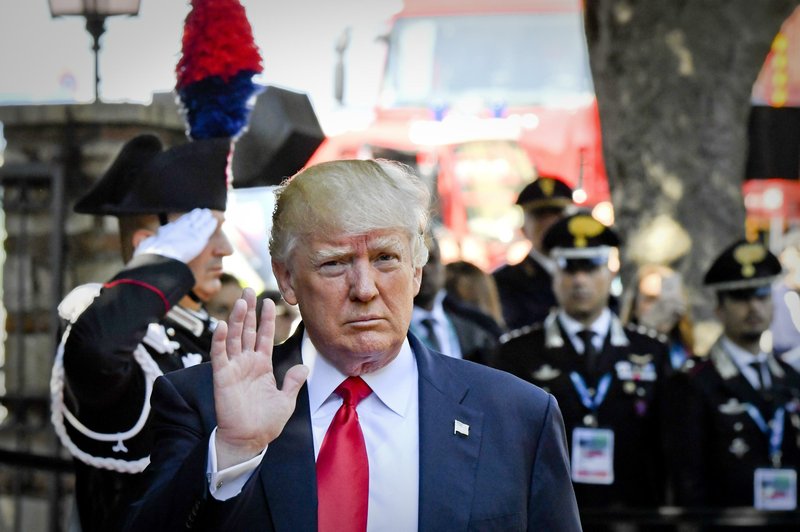 Earth is likely to reach more dangerous levels of warming even sooner if the U.S. retreats from its pledge to cut carbon dioxide pollution, scientists said. That’s because America contributes so much to rising temperatures.

President Donald Trump, who once proclaimed global warming a Chinese hoax, said in a tweet Saturday that he would make his “final decision” next week on whether the United States stays in or leaves the 2015 Paris climate change accord in which nearly every nation agreed to curb its greenhouse gas emissions.

Global leaders, at a summit in Sicily, have urged him to stay. Earlier in the week, Pope Francis made that case with a gift of his papal encyclical on the environment when Trump visited the Vatican.

I will make my final decision on the Paris Accord next week!

In an attempt to understand what could happen to the planet if the U.S. pulls out of Paris, The Associated Press consulted with more than two dozen climate scientists and analyzed a special computer model scenario designed to calculate potential effects.

Scientists said it would worsen an already bad problem and make it far more difficult to prevent crossing a dangerous global temperature threshold.

Calculations suggest it could result in emissions of up to 3 billion tons of additional carbon dioxide in the air a year. When it adds up year after year, scientists said that is enough to melt ice sheets faster, raise seas higher and trigger more extreme weather.

One expert group ran a worst-case computer simulation of what would happen if the U.S. does not curb emissions, but other nations do meet their targets. It found that America would add as much as half a degree of warming (0.3 degrees Celsius) to the globe by the end of century.

Scientists are split on how reasonable and likely that scenario is.

Many said because of cheap natural gas that displaces coal and growing adoption of renewable energy sources, it is unlikely that the U.S. would stop reducing its carbon pollution even if it abandoned the accord, so the effect would likely be smaller.

Others say it could be worse because other countries might follow a U.S. exit, leading to more emissions from both the U.S. and the rest.

Another computer simulation team put the effect of the U.S. pulling out somewhere between 0.1 to 0.2 degrees Celsius (0.18 to 0.36 degrees Fahrenheit).

While scientists may disagree on the computer simulations they overwhelmingly agreed that the warming the planet is undergoing now would be faster and more intense.

The world without U.S. efforts would have a far more difficult time avoiding a dangerous threshold: keeping the planet from warming more than 2 degrees Celsius (3.6 degrees Fahrenheit) above pre-industrial levels.

The world has already warmed by just over half that amount — with about one-fifth of the past heat-trapping carbon dioxide emissions coming from the United States, usually from the burning of coal, oil and gas.

So the efforts are really about preventing another 1.6 degrees Fahrenheit (0.9 degrees Celsius) from now.

“Developed nations — particularly the U.S. and Europe — are responsible for the lion’s share of past emissions, with China now playing a major role,” said Rutgers University climate scientist Jennifer Francis. “This means Americans have caused a large fraction of the warming.”

Even with the U.S. doing what it promised under the Paris agreement, the world is likely to pass that 2 degree mark, many scientists said.

But the fractions of additional degrees that the U.S. would contribute could mean passing the threshold faster, which could in turn mean “ecosystems being out of whack with the climate, trouble farming current crops and increasing shortages of food and water,” said the National Center for Atmospheric Research’s Kevin Trenberth.

Climate Interactive, a team of scientists and computer modelers who track global emissions and pledges, simulated global emissions if every country but the U.S. reaches their individualized goals to curb carbon pollution. Then they calculated what that would mean in global temperature, sea level rise and ocean acidification using scientifically-accepted computer models.

By 2030, it would mean an extra 3 billion tons of carbon dioxide in the air a year, according to the Climate Interactive models, and by the end of the century 0.3 degrees Celsius of warming.

“The U.S. matters a great deal,” said Climate Interactive co-director Andrew Jones. “That amount could make the difference between meeting the Paris limit of two degrees and missing it.”

Climate Action Tracker, a competing computer simulation team, put the effect of the U.S. pulling out somewhere between 0.1 to 0.2 degrees Celsius (0.18 to 0.36 Fahrenheit) by 2100. It uses a scenario where U.S. emissions flatten through the century, while Climate Interactive has them rising.

One of the few scientists who plays down the harm of the U.S. possibly leaving the agreement is John Schellnhuber, the director of the Potsdam Institute for Climate Impact Research and the scientist credited with coming up with the 2 degree goal.

“Ten years ago (a U.S. exit) would have shocked the planet,” Schellnhuber said. “Today if the U.S. really chooses to leave the Paris agreement, the world will move on with building a clean and secure future.”

Not so, said Texas Tech climate scientist Katharine Hayhoe: “There will be ripple effects from the United States’ choices across the world.”