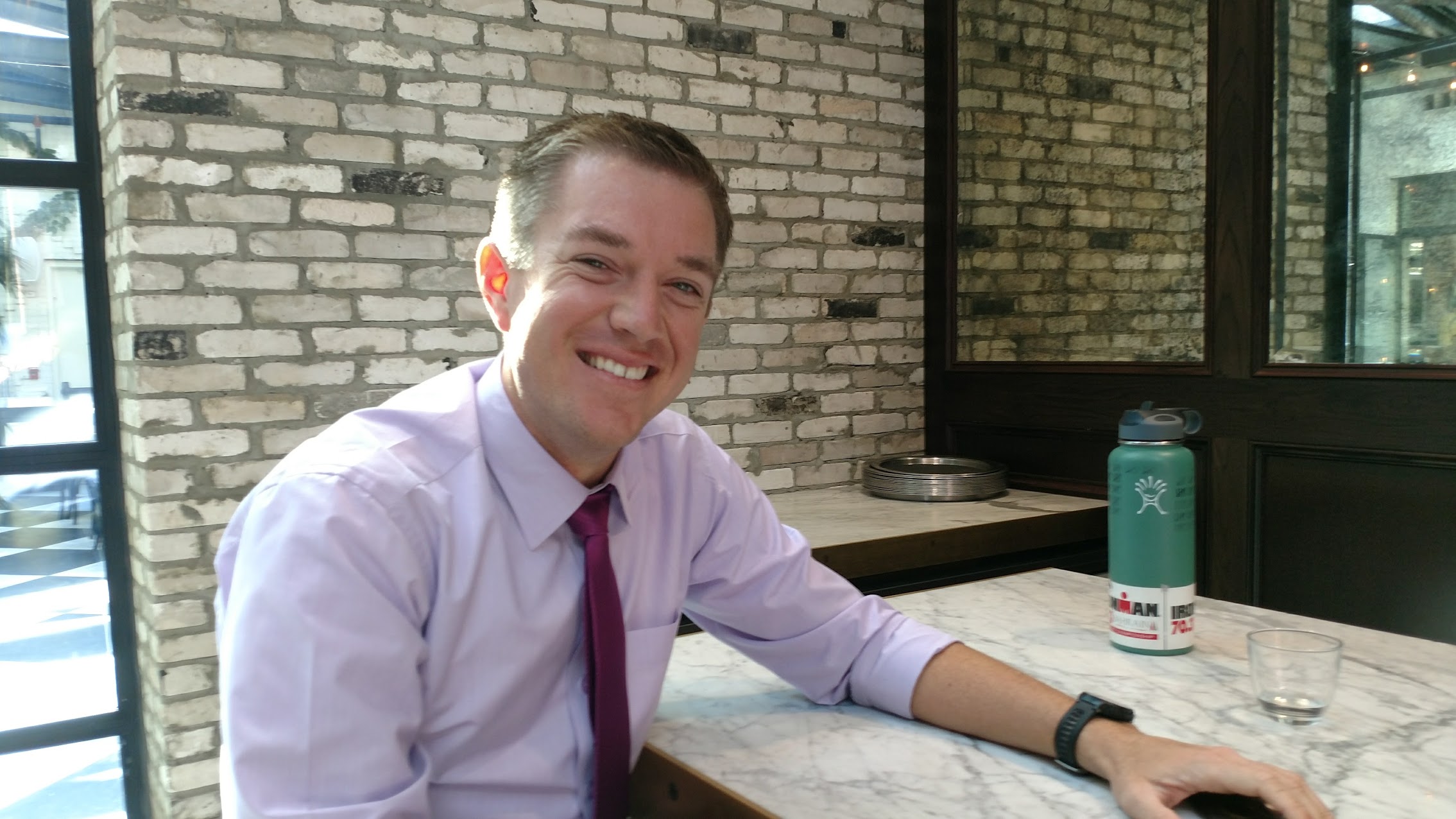 However, don’t tell that to Democrats in the district, which encompasses parts of Polk, Hillsborough and Lake Counties. They think that Ross’ vote in support of the American Health Care Act and his championing of Donald Trump’s causes make him extremely vulnerable in the next election cycle.

“A lot of people (just) think he’s a Republican, that he voted for the AHCA – no, he was the Republican Majority Whip who literally got the votes for that, ” 30-year-old former Navy veteran and Valrico-based businessman Andrew Learned said last week in Tampa’s Oxford Exchange, a day after he officially filed to run for Congress. “He’s the architect of that. That is his baby.”

Learned also notes how Ross served on Trump’s transition’s team, “the transition team that knew about (Michael) Flynn and didn’t do anything,” he says referring to the president’s first pick for National Security Advisor who resigned and is now the subject of investigations for his business dealings with foreign entities. And the Democrats charges that “Ross is “one of those guys behind the curtain on all of this stuff and perfectly content not to help his district.”

Whether Ross’ role on the transition team included being asked to evaluate high-level Cabinet choices isn’t clear, nevertheless it’s indicative that Learned is prepared to go hard at the incumbent as he begins his journey to first win the Democratic nomination for Congress in CD 15, where four other Democrats have already filed to run. All believe they have a chance to knock off Ross, the Polk County-based incumbent who has represented Congressional District 15 voters since 2010.

This isn’t Learned’s first rodeo when it comes to running for office. He was elected student body president at the University of Tampa back in 2008, when he ran on a platform that consisted in part on changing student’s meal plans to allow for healthier food options.

That’s when Learned still called himself a Republican (albeit one that advocated for LGBT rights and voted for Barack Obama). He said that that he changed parties back in 2011 while serving in the Navy after he deducted that the party of small government and fiscal responsibility wasn’t acting that way, specifically noting the tactics that led sequestration.

After graduating from UT, Learned enlisted in the U.S. Navy, and served from 2009 to 2013 as a surface warfare officer, “a fancy title that says I drove ships,” he notes self-deprecatingly. That stint included occasions when he led boarding teams to contend with Somali pirates.

After his initial service time in the Navy (he currently is in the Navy Reserves), he came back to Eastern Hillsborough County in 2013 and ultimately became president of GradePower Learning, a tutoring center for kids.

Learned says if elected he wants to pass policies to help the American people, but worries that Washington has become infected with partisanship, which he labels “insane.”

“It’s been insane my entire adult life,” he says, adding that there are more veterans like himself running for office, who have shown they know how to work together.

“I’m perfectly willing to work with people across the aisle on things that make sense,” he says, mentioning infrastructure. “I have not heard one person say we should not have infrastructure (improvements), and yet we can’t get it done because we’re tying it to partisanship. In fact, more than 100 veterans ran for the U.S. Senate and House last November (10 were elected).

That’s a total of  79 GOP-held districts that they’re targeting, but CD 15 is still not one of them.

That’s not stopping the onslaught of Democrats who believe that more than ever, Ross is vulnerable. Those Democrats include Cameron Magnuson, Greg Pilkington,  Ray Pena and Greg Williams.

Having just returned from a deployment, Learned says he’s trying to engage with as many voters of all stripes to learn what concerns them the most regarding national policies. But he’s cutting when he accuses Ross of being MIA for his constituents.

“Polk County is 2nd in the nation for hunger,” he notes. “That’s insane. It’s his district. Have you ever heard Dennis Ross talk about hunger; because I haven’t. Opioids? These things are wrecking havoc in his backyard, and he’s more concerned about offering tax cuts to Wall Street banks.”

Ross did vote last fall for the 21st Century Cures Act, which included $1 billion over 2 years for grants to states to supplement opioid abuse prevention and treatment activities.