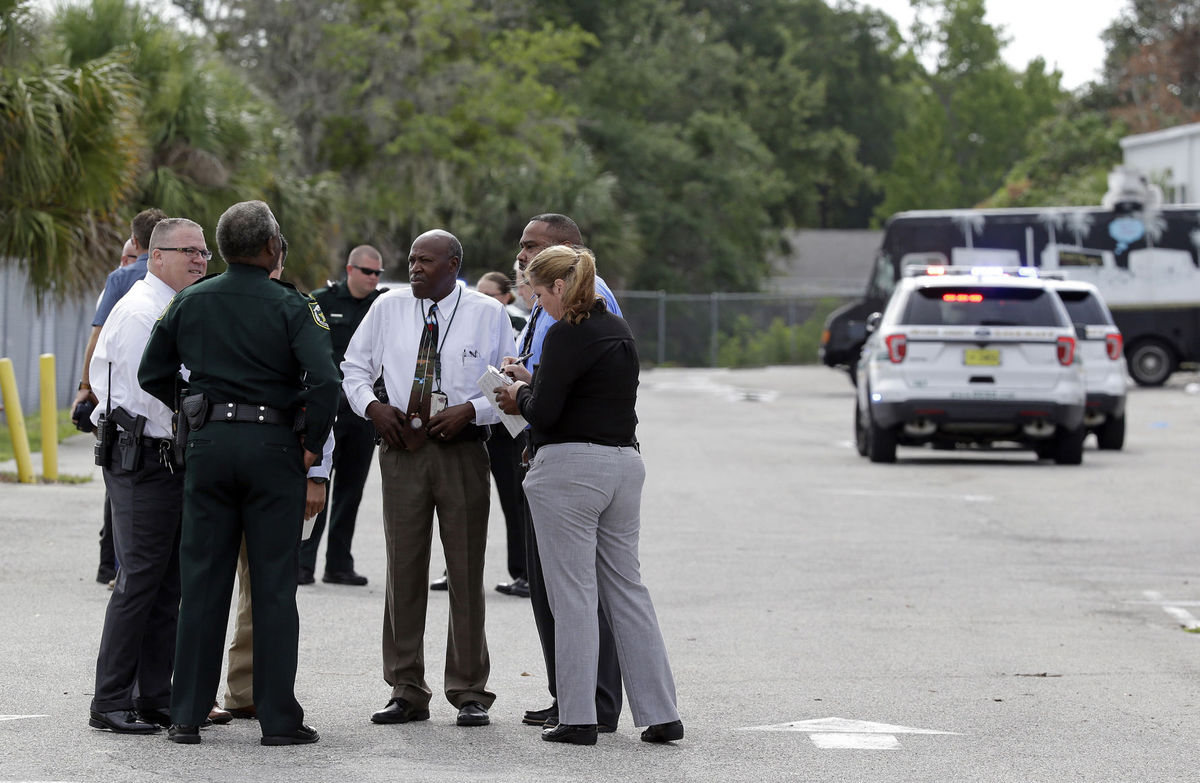 A disgruntled former employee opened fire inside a Florida awning manufacturer on Monday, killing five workers there and then killing himself, officials said.

The gunman was armed with a knife and a gun but did not stab anyone, Orange County Sheriff Jerry Demings said during a news conference. Demings said the shooter —  who had been fired in April and had been previously accused of assaulting a co-worker —  was not believed to be connected to any sort of terror organization. Demings characterized the shooting as a likely “workplace violence incident.”

Here is a compilation of reaction from Florida’s elected officials and leaders about the tragedy:

— U.S. Sen. Bill Nelson: “The city of Orlando, which is still healing from the Pulse massacre, has seen too much violence this past year. We must do more to address mental health issues in this country.”

— Gov. Rick Scott: “Over the past year, the Orlando community has been challenged like never before. I have been briefed by our law enforcement officials on this tragic incident and Ann and I are praying for the families who lost loved ones today. I ask all Floridians to pray for the families impacted by this senseless act of violence. I will remain in contact with the Orlando law enforcement community throughout the day as more information is made available.”

— Agriculture Commissioner Adam Putnam: “In the wake of today’s shooting in Orange County, my prayers are with the victims, their loved ones, first responders and the entire the Central Florida community.”

— U.S. Rep. Darren Soto via Twitter: “Our thoughts & prayers are with the victims of #ForsythShooting. I encourage public to support law enforcement investigation.”

— U.S. Rep. Stephanie Murphy: “I’m incredibly saddened by the news of this morning’s tragic shooting in Orlando. My heart breaks for the families and co-workers affected, and I join all Floridians in praying for a quick recovery for those injured and for the families who lost a loved one. The Orlando community is also grateful to our first responders for their speed, bravery, and professionalism, especially the Orange County Sheriff’s Office. I am incredibly thankful for their dedicated public service. “Orlando has endured far too much heartbreak over the past year, and it’s especially important we remain united and supportive of one another. This senseless act of violence happened just one week away from the anniversary of the Pulse attack, only adding to our community’s collective grief. In these difficult moments, we must continue to find strength in one another. We are Orlando strong and Orlando united.”

— Rep. Chris Sprowls via Twitter: “My heartfelt prayers to the families & victims of the shooting in Orlando. A big thank you to first responders who contained the situation.”

— Rep. Jennifer Sullivan via Twitter: “Praying for the families effected in the Orlando shooting. My heart is grieved at the thought of yet more loss.”

— Rep. Frank White via Twitter: “Thoughts and prayers for those affected in today’s tragic shooting in Orlando.”

— State Attorney Aramis Ayala : “A sad day in Orlando. My most sincere condolences to the families impacted. Much respect and honor to Orange County Sheriff’s Office and first responders.”

The Associated Press contributed to this report, reprinted with permissions.

previousJoe Henderson: Tallahassee gets special session, the public gets the bill

nextSteve Hayes: Tourism industry in jeopardy with House Bill 1A