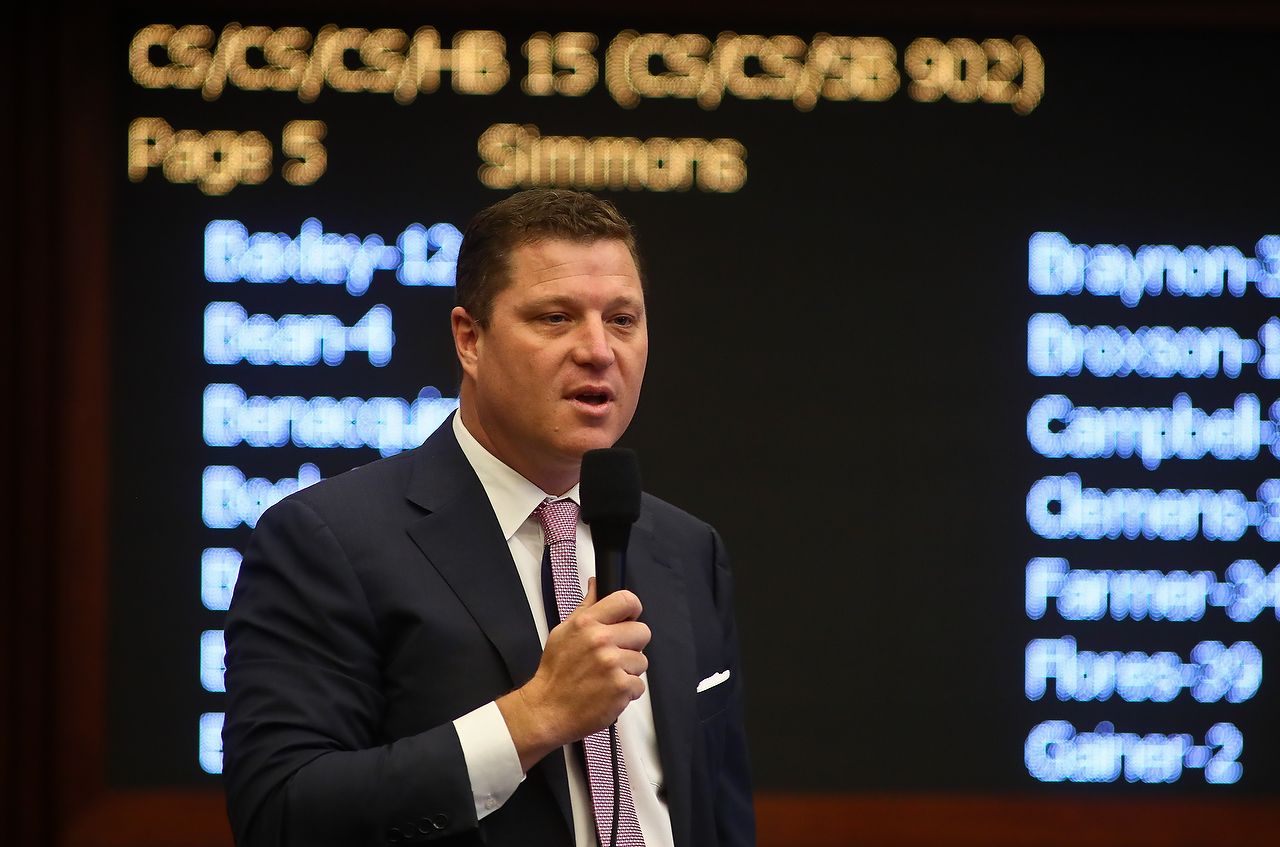 Sen. Jeff Brandes, R-St. Petersburg, debates a bill to expand the Gardiner Scholarship Program for children with disabilities on the Senate floor Friday, May 5, 2017 at the Capitol in Tallahassee, Fla. (Photo by Phil Sears)

Sen. Jeff Brandes is proposing a sweeping change to his chamber’s medical marijuana implementation bill that would, among other things, remove a limit on the number of licenses for medical marijuana treatment centers (MMTCs).

The amendment will be formally offered on the Senate floor Thursday, an assistant said.

It would be the first opportunity for the Senate to vote “for the free market,” he added.

Sen. Rob Bradley‘s underlying bill (SB 8-A) will be taken up by the Health Policy Committee at 8 a.m.

The panel also will consider an accompanying bill (SB 6-A) that creates an exemption under the state’s public records law for personal identifying information of marijuana patient “caregivers.”

Legislation moving in both chambers would add more growing licenses and sets a “soft cap” of 25 retail locations allowed throughout the state. That limit could increase as the number of patients increases in coming years.

Lawmakers are meeting in Special Session this week to consider education, tourism marketing and economic development funding, with the implementation of the state’s medical marijuana constitutional amendment, passed by voters in 2016, officially added to the call Wednesday.