Jake Godbold to Lenny Curry: 'Take back the Landing' 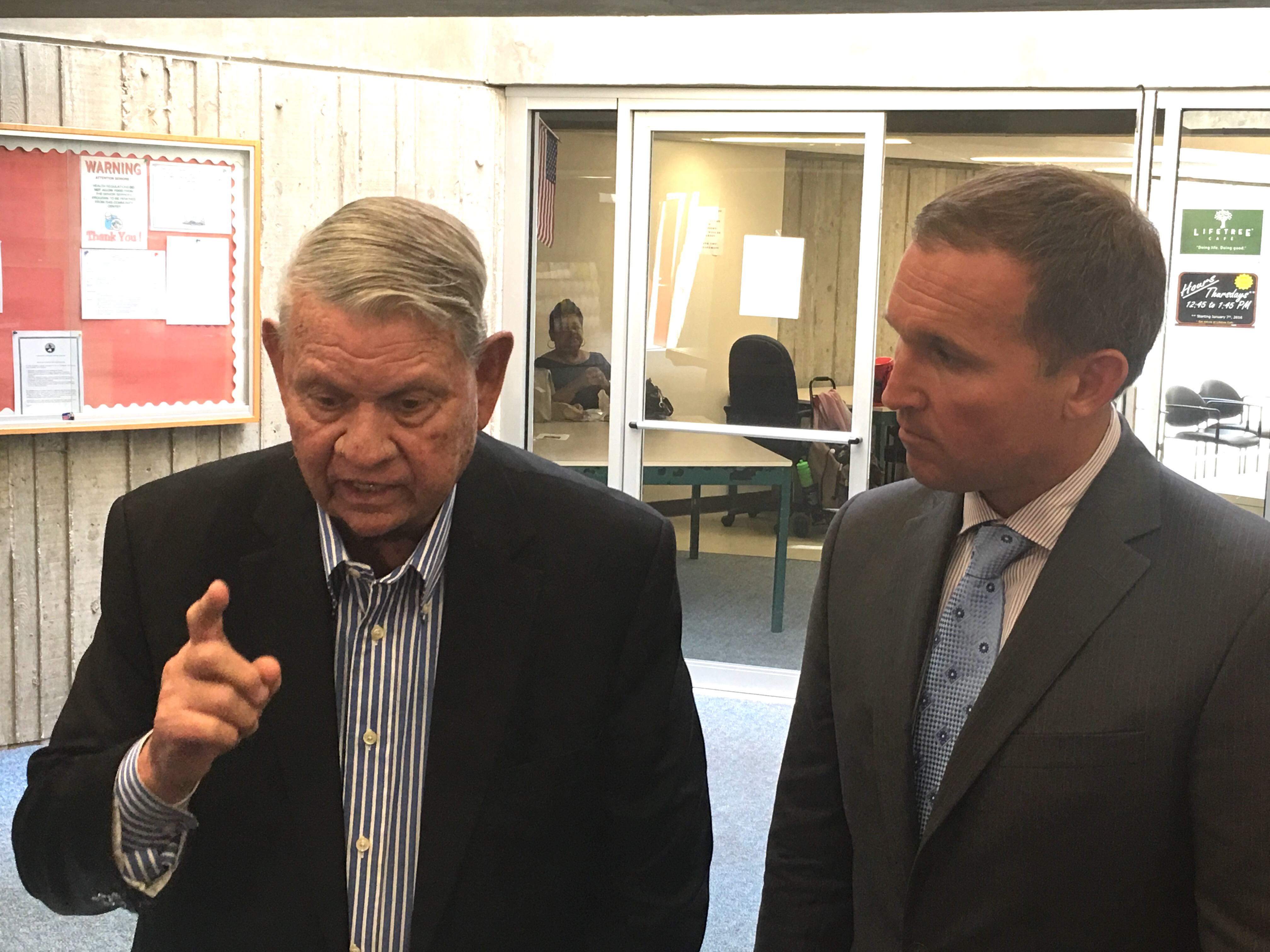 Jacksonville Mayor Lenny Curry made news this week with his call to take back the Jacksonville Landing.

Curry Tweeted Thursday that “The Jacksonville Landing is owned by the taxpayers of Jacksonville. Sleiman Enterprises leases the landing from the city … Taxpayers deserve better for their investment & their asset.”

This comes on the heels of Curry telling the Florida Times-Union editorial board that he’d already made “soft offers” to buy the buildings.

“I’m prepared to take the Landing… I’m prepared for the city to have it and to begin in a very public way determining what its best and highest use is,” Curry told the board. “We’ve got a plan internally to put the screws and keep pushing this.”

Curry has an ally: former Mayor Jake Godbold, who noted Thursday night that “we built the Landing” and he doesn’t “like it to think it was sold to some guy who built strip malls.”

“Take it back,” Godbold said. “Let’s do something about it.”

Some important people still in City Hall are more restrained about an immediate move to “take the Landing … put the screws and keep pushing this.”

Among them: Council President-Designate Anna Brosche, who takes over the top spot on the Council in six days.

“The Landing is a vital part to downtown’s redevelopment. I am interested in learning more about the Mayor’s plan,” Brosche said, “and also learning more from the Sleimans regarding their plans.”

It seems that an immediate call to action may get some resistance from the Legislative Branch, even if former Mayor Godbold believes that there is call to take immediate action to bring the 30 year old riverfront mall to its former glory, in one form or another.