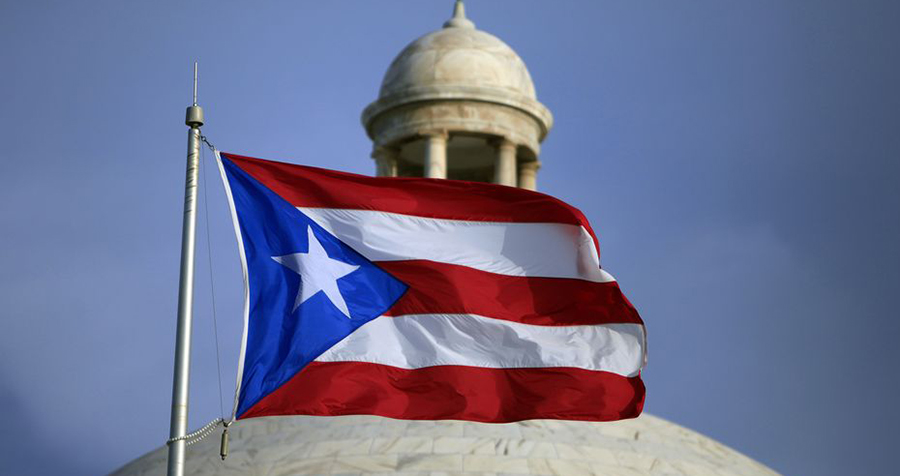 A Brevard County commissioner is taking on Puerto Rico, in a confrontation that is rumbling through Central Florida’s Puerto Rican population and bound to lead to a showdown Tuesday night at the county commission meeting. John Tobia, a Republican former member of the Florida House of Representatives who now represents southeast Brevard on the county commission, introduced a resolution for Tuesday night’s meeting that would have the county requesting Congress to “refrain from extending statehood to he commonwealth of Puerto Rico.”

The statehood issue arose anew last month after a June 11 referendum in Puerto Rico. Turnout was quite low, 23 percent, but the  islanders who voted overwhelmingly supported statehood.

Tobia’s resolution notes the low turnout, and also charges that the commonwealth’s socialist ways have caused Puerto Rico’s unpayable debts totaling $123 billion including the pension system, bankruptcy and other problems. “Whereas, the burdens placed on federal taxpayers to remedy the decades of mismanagement and socialization by the government of Puerto Rico would be untenable.”

Outside of Brevard County, Democrat and Republican Puerto Rican leaders alike are expressing surprise and many are expressing aghast that a county commissioner would want his county to get involved in the Puerto Rico statehood issue.

State Rep. Bob Cortes of Altamonte Springs, a Republican, sent two letters to Tobia and the other Brevard commissioners over the weekend and Monday urging them to vote down the resolution and instead consider supporting statehood for Puerto Rico. One letter was cosigned by Republican state Rep. Rene Plasencia of Orlando, and Democratic state Rep. John Cortes of Kissimmee, as well as Democratic state Rep. Shevrin Jones of West Park.

U.S. Rep. Darren Soto of Orlando, a Democrat, called the resolution “a joke,” adding, “This is a matter for Congress, and this seems like a publicity stunt.”

State Rep. Amy Mercado or Orlando, a Democrat, called the resolution offensive, and said people in the growing Puerto Rican population in Brevard are feeling personally attacked and frustrated, “as they should be.”

Orlando Puerto Rico political activist Peter Vivaldi said he and others intend to attend and speak out against the resolution at Tuesday’s meeting.

Tobia said the issue is simple to him, the prospect that the United States might take on a new state that has such huge debt, which he said would spread out to equal roughly $380 apiece for every American. He said he wishes the Florida Legislature could take a stand, but the next Florida Legislative Session is too far off, so it is up to counties to do so

“This is a serious financial issue. This has nothing against any of the people living in Puerto Rico or the people that have come to the United States…. It’s just about the debt that would come along with Puerto Rico becoming the 51st state,” Tobia said. “It is absolutely scary, the amount of money each of the folks in my district could be saddled with.”

Vivaldi, Mercado, and several other Puerto Rican Florida leaders suggested that Tobia does not understand the debt. The debt is currently being restructured under Puerto Rico’s bankruptcy, and would remain Puerto Rico’s problem. Soto noted that if Puerto Rico becomes a state it would obtain sovereign immunity and could deal with the debts as other states do, as they see fit.

“If Puerto Rico becomes the 51st state, the U.S. would not be bailing them out,” Bob Cortes said.

Tobia replied, “I told Bob Cortes if he is willing to personally cover the $123 billion I would be more than willing to withdraw my resolution.”

The Brevard County Board of County Commissioners meets at 5 p.m. Tuesday. The Puerto Rico resolution is the second action item on the agenda.