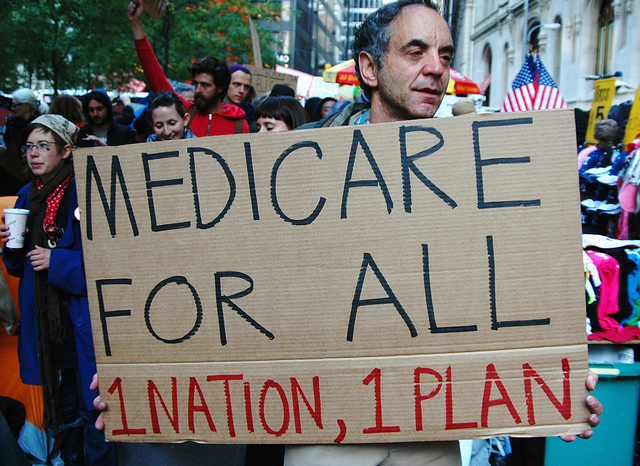 As Senate Republicans return to Washington this week, looking to salvage their attempt to repeal and replace the Affordable Care Act, support grows among Democrats for a single-payer health care system.

The co-sponsor count for Michigan Democrat John Conyers‘ “Medicare for All” bill now stands at 113, nearly twice as many as last year. One of those new Democratic co-sponsors is Tampa Congresswoman Kathy Castor.

In a brief interview Monday after speaking with health care officials in Tampa on the opioid epidemic, Castor said that while she knows that such legislation won’t be passed anytime soon in a Republican-controlled Congress, she thinks now is the time to look for alternatives to bring down escalating costs of health care in America.

Under a single-payer system, all Americans would have health coverage, while the nonpartisan Congressional Budget Office estimates 22 million people would become uninsured under the Senate GOP health care plan.

Republicans believe support for the issue can hurt Democrats at the polls.

Although Florida Senator Bill Nelson doesn’t support such a plan, the fact that Massachusetts Sen. Elizabeth Warren does was enough for the National Republican Senatorial Committee (NRSC) to run a Facebook ad last week linking the two lawmakers.

Citing Warren’s recent comments on getting behind a single-payer plan, the ad’s narrator says such a system “would be absolutely devastating for Florida families and businesses.”

Castor noted that she has previously supported a government public-option plan.

The idea of a public option is to create a separate, government-run insurance plan to compete with private insurers offering coverage through the Affordable Care Act exchanges. President Barack Obama and Democratic leaders included versions of the public option in their proposals in 2009 when they first began working on health care reform. But they dropped the idea relatively quickly.

Support for a single-payer health care system has never been higher.

In the June Kaiser Health Tracking poll, 53 percent of respondents now favor such a system, with 43 percent opposing.

That’s the highest level of support in the 19 years since Kaiser began polling on the issue. However, Kaiser Health officials point out that “a prolonged national debate” on the issue could easily shift the public’s attitudes.

According to the Kaiser Health website: “For example, when those who initially say they favor a single-payer or Medicare-for-all plan are asked how they would feel if they heard that such a plan would give the government too much control over health care, about four in ten (21 percent of the public overall) say they would change their mind and would now oppose the plan, pushing total opposition up to 62 percent.

“Similarly, when this group is told such a plan would require many Americans to pay more in taxes or that it would eliminate or replace the Affordable Care Act, total opposition increases to 60 percent and 53 percent, respectively.”

previousNew College of Florida to request $3.6M from state as part of three-year growth plan