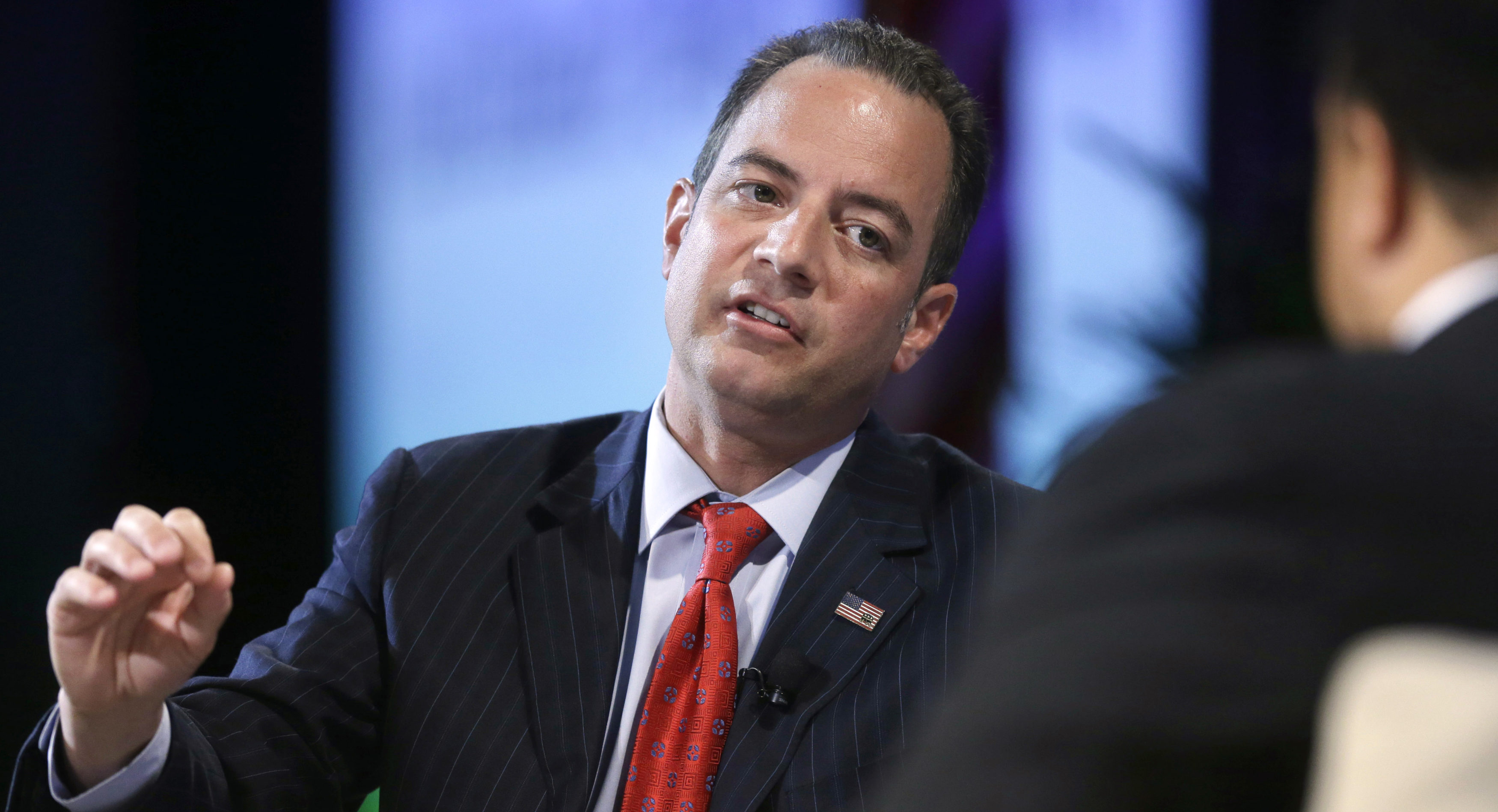 I am pleased to inform you that I have just named General/Secretary John F Kelly as White House Chief of Staff. He is a Great American….

In the swirl of Shakespearean intrigue that surrounds Donald Trump’s White House, Priebus’ fortunes have long been a source of speculation, given his limited role, colorful band of rivals and the president’s public slights. Those questions sharply escalated this week with the arrival of Trump’s new communications director, who was hired over Priebus’ objections and reports directly to the president.

Priebus’ already tense relationship with Anthony Scaramucci took a darker turn over the past 24 hours when the communications chief suggested in a late-night tweet that Priebus was one of the “leakers” that President Donald Trump has railed against. The New Yorker published a profanity-laced interview Thursday in which Scaramucci called Priebus a “paranoid schizophrenic.”

Trump told The Wall Street Journal in an interview Tuesday that no staff shake-up was imminent. But he has privately floated potential replacements for Priebus, including Secretary John Kelly, deputy national security adviser Dina Powell, chief economic adviser Gary Cohn and former campaign adviser David Urban, according to three people who’ve been in conversation with the president and senior staffers recently.

The president often throws out names casually in conversation that end up going nowhere, and there is no indication that anyone has been approached about the job.

But Priebus’ power — which has been limited compared with past people with that title — has dwindled. Scaramucci is the latest top aide to be granted a direct line to Trump, and it has become increasingly unclear who actually reports to Priebus. The White House did not respond to requests for an organizational chart.

After Trump boarded Air Force One on Friday for a trip to Long Island, New York, reporters saw Priebus and Scaramucci, who was on the telephone and carrying a bag, boarding the aircraft using the rear staircase.

Priebus has grown increasingly isolated in the White House, as past Republican National Committee colleagues and other allies have left or been pushed out of the West Wing. Those who have departed include former deputy chief of staff Katie Walsh, outgoing press secretary Sean Spicer and press aide Michael Short.

The chief of staff made an appearance Thursday at an East Room event where Trump honored first responders, acting as if nothing was amiss.

Asked if Trump had confidence in his chief of staff, spokeswoman Sarah Huckabee Sanders did not answer directly, saying: “I think I’ve addressed this question when it comes to staffing and personnel many times, that if the president doesn’t, then he’ll make that decision. We all serve at the pleasure of the president and if he gets to a place where that isn’t the case, he’ll let you know.”

Priebus did not respond to repeated requests for comment.

On-the-job humiliation is often part of the deal in Trump’s White House, as Priebus well knows. At a meeting of auto company CEOs in Michigan in March, Trump praised the executives and then said, “And then I look at Reince,” drawing scattered laughs with a tone that suggested Priebus was a less impressive presence. Trump quickly added that Priebus has “done a great job.”

Trump structured the White House in a way that undermined Priebus’ authority from Day One. In a highly unusual arrangement, he said Priebus and chief strategist Steve Bannon would serve as “equal partners” in implementing his agenda.

In a typical White House, most staffers, including the communications director, report to the chief of staff. But in Trump’s White House, a long list of top advisers bypasses the middle man. Scaramucci, social media director Dan Scavino and counselor Kellyanne Conway all report directly to Trump, as do the president’s daughter Ivanka and son-in-law Jared Kushner, both senior advisers.

“I plan on continuing to serve and report directly to President @realDonaldTrump at the @WhiteHouse, as I’ve done since 1/20/2017,” Scavino tweeted over the weekend.

Trump has also maintained a near open-door policy, with top aides casually poking their heads in constantly to speak with the boss.

“They’ve got all these chiefs running about with or without the title of chief,” said William Daley, the second chief of staff for President Barack Obama. He said that under Obama, there were high-ranking players with direct access to the president, but he was clued in on any policy or governing conversations, noting: “There was a sense that people were working together.”

Ari Fleischer, who served as press secretary under George W. Bush, said there are multiple ways to effectively run the White House. George H.W. Bush ran a hierarchical West Wing with a powerful chief of staff who controlled access to the Oval Office. When his son came to office, he chose a different model, creating a system under which numerous senior aides were able to walk into the Oval Office and speak to the president, even if, on paper, they technically reported to someone else.

The difference now, he said, is that Trump has created a faction-driven White House, noting: “I just think he has too many independent power centers and not enough team players.”

The lone voice coming to Priebus’ defense Thursday was House Speaker Paul Ryan, who called the fellow Wisconsinite a “close friend” and said, “I think he’s doing a great job as chief of staff.”

But from within the White House there was less vocal support. Asked on Fox Business Network whether Priebus is in trouble, Conway replied: “You’d have to ask the president that.”