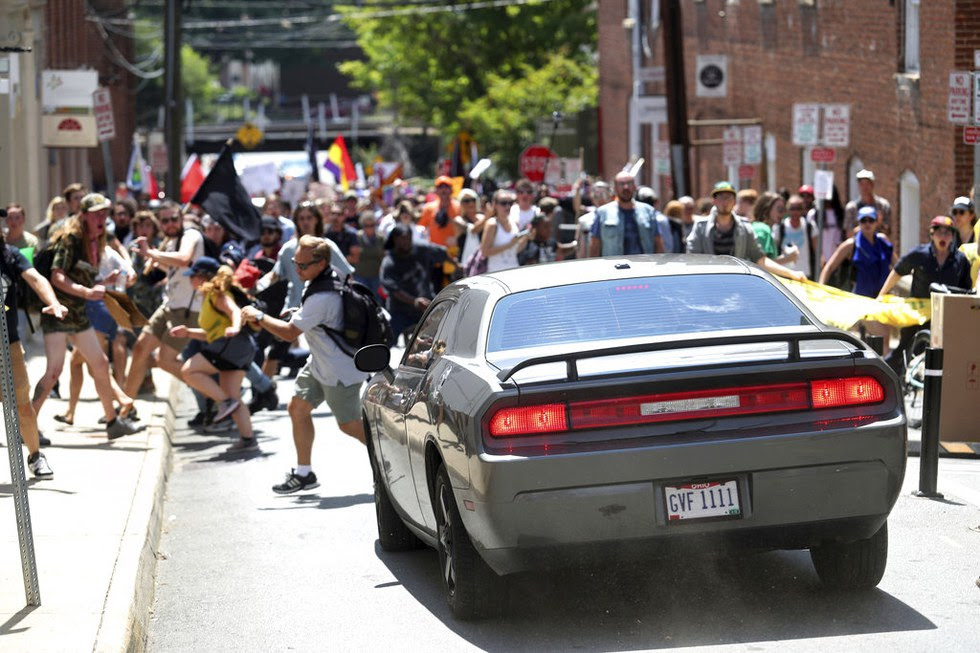 Commenting on the domestic terrorism that occurred Saturday in Charlottesville, Virginia, a Florida lawmaker’s first reaction was to draw a parallel between the day’s events with the assault on Reginald Denny, a construction truck driver who was beaten nearly to death during the 1992 riots in Los Angeles.

Polk County Republican Neil Combee, who is in his third term as a member of the Florida House of Representatives, posted on his personal Facebook page Saturday evening that he didn’t “know much about what happened in Charlottesville Virginia today.”

But not knowing much didn’t keep Combee from writing in detail about what happened to Denny on the day of April 29,1992, when a group of African American assailants who came to be known as the “L.A. Four,” pulled Denny from his truck and beat him with bricks, bottles, and a claw hammer — all of which occurred live on national television.

What happened to Denny that day was horrible.

And its disgusting that Combee chose as his first reaction to the terrorism in Charlottesville an attempt to rationalize what happened there.

After he was criticized for his post, Combee wrote, “The point is innocent people who work or live in that area may have been caught up or at least were subject to be caught up by protesters who came into the area looking for a fight. One or more of those hit by the car very well could have been minding their own business, doing their job and disinterested in what this was all about.”

Rep. Combee, you need to watch this video and see if you think the driver of the car in Charlottesville was ‘subject to being caught up by protestors who came into the area looking for a fight.’

Video of car hitting anti-racist protestors. Let there be no confusion: this was deliberate terrorism. My prayers with victims. Stay home. pic.twitter.com/MUOZs71Pf4

Does the driver of the Dodge Charger look like he’s a Reginald Denny, fleeing in his vehicle from an imminent threat? Or is he more like Mohamed Lahouaiej Bouhlel, the terrorist who drove through crowds celebrating Bastille Day in Nice, killing 84 people?

Witnesses said the car was traveling up to 40 miles an hour when it hit and reversed before ramming into the crowd again and speeding off with someone’s shoe attached to its bumper. Does that sound like someone escaping from a crowd?

Again, Combee wrote that he didn’t know much about what happened in Charlottesville before he tried to rationalize the actions of the attacker. But here’s what is now known.

The assailant was identified as James Alex Fields, Jr. of Ohio.

He had had traveled to Charlottesville for the Unite the Right rally, his mother told the Toldeo Blade (so much for that ‘innocent people who work or live in the area’ theory Combee attempted to propagate).

An image circulated by the Anti-Defamation League appeared to show Fields standing with members of Vanguard America, a white nationalist group that helped organize the protest.

Several news outlets and social media users captured screenshots of posts from a Facebook account believed to have belonged to Fields. Many of the posts express support for the alt-right.

Instead of waiting for any of these details to emerge … before expressing any sympathy for the victims of the attack in Charlottesville … before condemning, as other Florida politicians did, Naziism and white supremacy, state Representative Neil Combee attempted to create a rationale for the mowing down of Americans.

Before serving in the Legislature, Combee had a 16 year career on the Polk County Commission, where he burnished a reputation for solving problems “not with force or bluster, but with his country wit, a strong handshake and a kind face round enough to rival Charlie Brown.” (Per the Ledger of Lakeland.)

There is a story from Combee’s early days on the Commission when some rooms in the county administration building were being used for court proceedings. A man left one of the hearings and took his anger out on the women still working in the county attorney’s office.

“They got kind of scared. He was threatening and saying all kinds of crazy things,” Deputy County Manager Jim Roden Jr. told the Ledger.

Police were called. And word of the situation spread around the building and reached Combee in his office.

Combee, a tall, burly man who once played linebacker in high school and junior varsity college football, decided the best thing he could do was tie the man up until police arrived. Because he didn’t have a rope, he used a phone cord.

That’s the man this writer has observed from afar during Combee’s time in the Legislature. If only he had been around to tie up the Neil Combee who took to Facebook Saturday night to rationalize the actions of a madman.