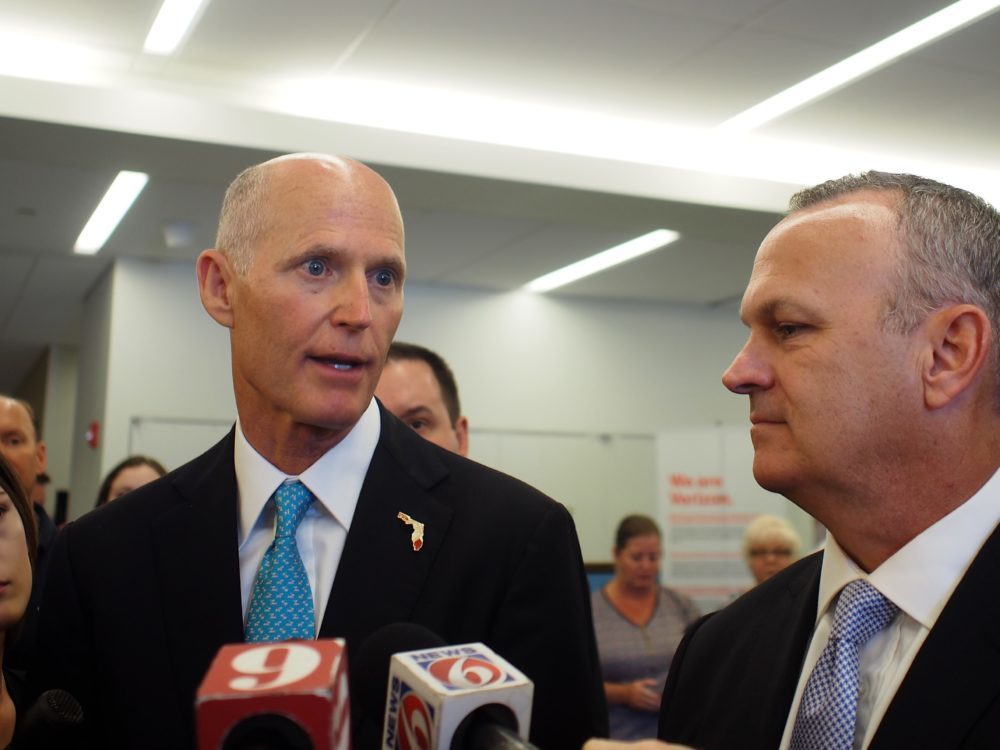 While avoiding comment on what President Donald Trump had to say in the wake of the Charlottesville events, Gov. Rick Scott renewed his condemnations Monday of the KKK, white supremacist and neo-Nazis.

So did Florida House Speaker Richard Corcoran, a potential 2018 Republican gubernatorial candidate. The two made their comments speaking with the press Monday morning in Lake Mary following their announcement of plans for a Constitutional Amendment proposal to restrict tax and fee increase.

Corcoran noted the efforts by the Florida Legislature last spring to recognize and condemn the 1940s and 50s racism and murders behind the case of the “Groveland Four,” four young black men and teen boys who were falsely accused of rape and then either killed or wrongly imprisoned. The House and the Senate both unanimously passed resolutions apologizing to their families.

“Where ever evil presents itself, I don’t care if it’s neo-Naziism, I don’t care if it’s white supremacy, if it’s any of the incidents we saw, they need to be stamped out, and they have no business being in a free and open Democratic society,” Corcoran said. “We’re going to fight that wherever we can.”

However, Scott stopped short of addressing what has been at the root of the Charlottesville march and clashes elsewhere, including Orlando and Tampa Bay, between white supremacists and others: what to do with Confederate monuments.

Scott said that conversation would come, but he didn’t take sides.