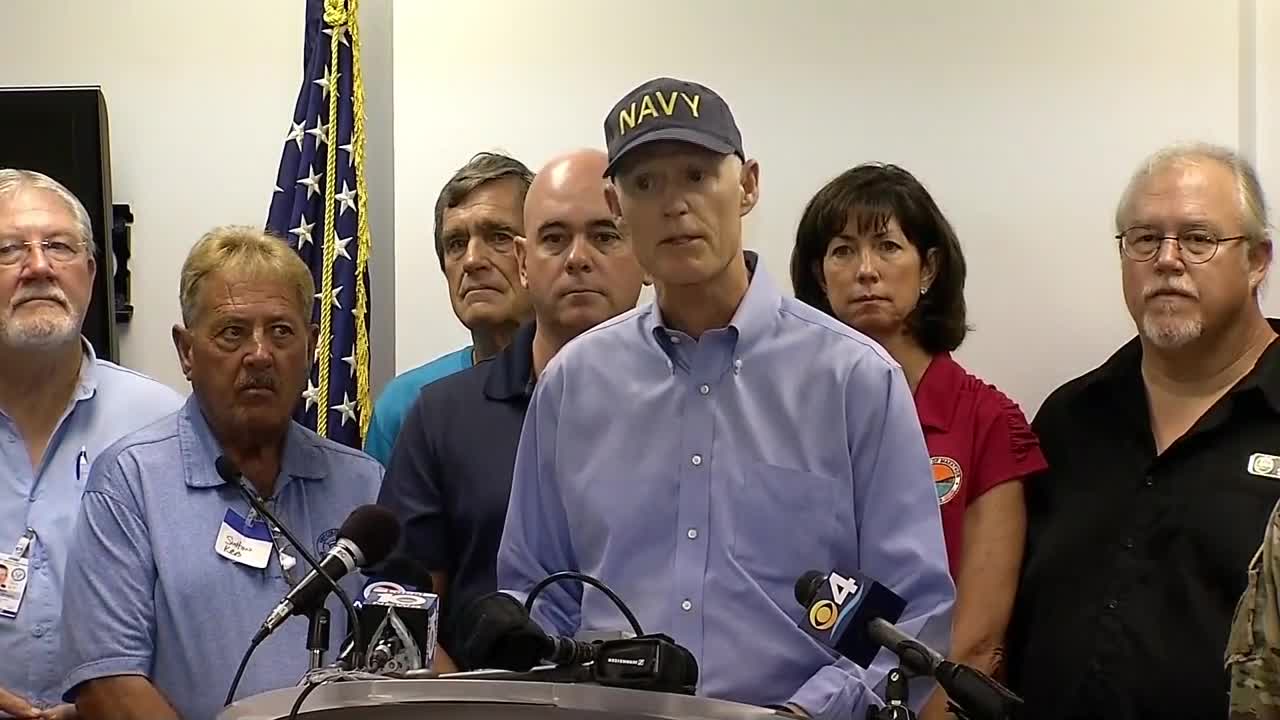 Florida Governor Rick Scott is delivering the most defining moments of his nearly seven years in office as he continues to urge Floridians to prepare for, evacuate from and stay safe in the face of Hurricane Irma’s imminent threat to human life. As we witness the single best demonstration of leadership by a governor whose near-total focus since January 2011 has been on “jobs,” Gov. Scott is doing the best job of his tenure in helping millions of Floridians deal with the ominous approach of this natural-born killer.

The governor is devoting his total leadership to an important, incessant daily presence on multiple platforms, including frequent live statewide and national broadcasts. There is no self-aggrandizement involved in the smart, strong and strategic voice and vision Scott is displaying. He is calmly but surely delivering a consistent, confident and comforting set of useful updates and relevant warnings by stressing real and present dangers to us all. And, by properly using the power of his office and all of the appropriate resources of state government at his command, Scott has been pitch-perfect in his words and actions.

Just a few key examples are worth noting now:

Yes, it would be the job of any governor to be the “Emergency Manager-in-Chief” in the face of such a horrific and deadly danger that is about to unleash what could become the worst natural disaster in Florida’s and America’s modern history. But actually doing the job requires a combination of skill, commitment and managerial excellence that can reveal either a governor’s great leadership ability or an untimely, woeful inadequacy. If you’re the governor, you don’t get to blame a chief of staff, communications director or emergency operations center for your own leadership failings when it really matters the most.

Fortunately for Florida, Gov. Scott’s demeanor, decision-making and dedication are reflecting that he has the “right stuff” – at the right time.

Going back 25 years ago to Hurricane Andrew’s deadly visit to Florida in August 1992, Gov. Lawton Chiles presided over what was then the worst natural disaster in modern history, with 44 deaths and $30 billion in damage. With far less technology available then to help, Chiles still marshaled every resource possible to essentially relocate the major functions of state government to South Florida, before and after the storm.

The recovery and rebuilding of damaged communities from Andrew became a complete focus for state government, typified by a special session of the Florida Legislature convened in December 1992. Then, in an appeal for humanity and unity above anything else, Chiles – a Democrat – forged a total nonpartisan alliance with an increasingly Republican Legislature to “ensure that hurricane victims do not become political victims, too.” Among the other key takeaways from Chiles’ leadership through Andrew was his insistence on a new paradigm for how local, state and federal emergency managers interact and cooperate. (That same lesson had to be learned again after a similar breakdown among the three levels of government in the response to Hurricane Katrina’s devastation in Louisiana.)

Gov. Jeb Bush arguably used the levers of power with greater ease than any modern Florida governor to achieve a specific agenda in many new policy initiatives, including some that still generate partisan debate today. But it was Bush’s brilliant management and personal leadership through multiple natural threats to Florida’s people, communities and resources that properly won his legacy as the state’s best ever “Master of Disaster.” No governor before or since was confronted with so many natural threats – mostly in a series of hurricanes and wildfires – that presented a test of leadership on an ongoing basis. Governor Bush passed that test, repeatedly, with A-plus marks and set the highest bar for what a chief executive ought to do to protect Florida.

At any time in Bush’s eight years as governor, the poor handling of even a single hurricane or wildfire would have been the dark cloud that might still define his era as governor. Instead, even political rivals and adversaries openly heap deserved praise on how deftly Governor Bush demonstrated his finest leadership skills with such total aplomb in so many stressful, dangerous times.

It’s OK to differ with any governor over politics and policies on education, human services, budget and taxes, or anything else. But the leadership we all need in a crisis has to be valued above any differences we have over issues that seem far less important when weighed against protecting lives.

As all of Florida and many parts of the U.S. brace for Irma’s already-deadly force, there is a sense of unity of purpose in the laser-focus on safety. The courageous and herculean efforts of thousands of first responders, state and local government officials, nonprofit agencies and countless volunteers will be key to enduring, surviving and recovering from the assault that Irma is about to unleash.

Governor Scott’s leadership is being tested as never before – and surely we need strong, steady leadership to help guide us through Irma’s approach, impact and aftermath. While there is so much to still do ahead, Governor Scott has shown he is up to the task of leading us through this worst threat. In our own way, as we ask God to protect our people, homes and communities, we can also put in a timely prayer for Governor Scott’s continued fine leadership.