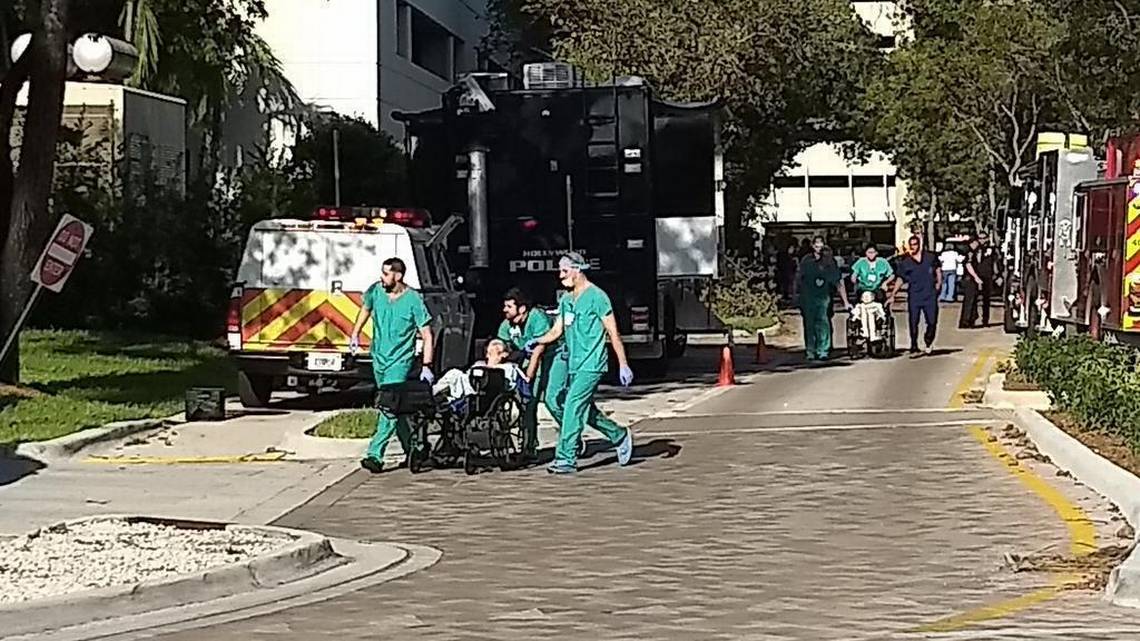 Eight patients at a sweltering nursing home died in Hurricane Irma’s aftermath, raising fears Wednesday about the safety of Florida’s 4 million senior citizens amid widespread power outages that could go on for days.

Hollywood Police Chief Tom Sanchez said investigators believe the deaths at the Rehabilitation Center at Hollywood Hills were heat-related, and added: “The building has been sealed off and we are conducting a criminal investigation.” He did not elaborate.

He said investigators have not ruled anything out, including carbon monoxide poisoning from generators. The chief also said investigators will look into how many windows were open in the nursing home, where the air conditioning wasn’t working.

“It’s a sad state of affairs,” Sanchez said. “We all have elderly people in facilities, and we all know we depend on those people in those facilities to care for a vulnerable elderly population.”

Gov. Rick Scott called on Florida emergency workers to immediately check on nursing homes and assisted living facilities to make sure the patients are safe. And he ordered an investigation into what he called an “unfathomable” situation.

“I am demanding answers,” he tweeted.

The deaths came as people trying to put their lives back together in hurricane-stricken Florida and beyond confronted a multitude of new hazards in the storm’s wake, including tree-clearing accidents and lethal fumes from generators.

Not counting the nursing home deaths, at least 13 people in Florida have died under Irma-related circumstances, and six more in South Carolina and Georgia, many of them well after the storm had passed.

At least five people died and more than a dozen were treated after breathing carbon monoxide fumes from generators in the Orlando, Miami and Daytona Beach areas. A Tampa man died after the chain saw he was using to remove trees kicked back and cut his carotid artery.

In Hollywood, three patients were found dead at the nursing home early Wednesday after police got a call about a person with a heart attack, and three more died at the hospital or on the way, police said.

Altogether, more than 100 patients there were found to be suffering in the heat and were evacuated, many on stretchers or in wheelchairs. Patients were treated for dehydration, breathing difficulties and other heat-related ills, authorities said.

The air conditioning was out, but Sanchez said it remained under investigation whether power was entirely cut. He didn’t answer questions regarding whether a generator was running inside the place.

Across the street from the nursing home sat a fully air-conditioned hospital, Memorial Regional.

Nursing homes in Florida are required by state and federal law to file an emergency plan that includes evacuation plans for residents. Any plan submitted by the Hollywood center was not immediately available.

Calls to the owner and other officials at the home were not immediately returned. The facility was bought at a bankruptcy auction two years ago after its previous owner when to prison for Medicare fraud, according to news reports at the time of the sale.

The Centers for Medicare and Medicaid Services, which regulates nursing homes, gives the Hollywood center a below-average rating, two stars on its five-star scale. But the most recent state inspection reports showed no deficiencies in the area of emergency plans.

Florida, long one of America’s top retirement destinations, has the highest proportion of people 65 and older of any state – 1 in 5 of its 20 million residents. As of 2016, Florida had about 680 nursing homes.

As of Tuesday, the number of people without electricity in the steamy late-summer heat had dropped to 9.5 million – just under half of Florida’s population. Utility officials warned it could take 10 days or more for power to be fully restored. About 110,000 people remained in shelters across the state.

Elsewhere around the state, a Coral Gables apartment building was evacuated after authorities determined a lack of power made it unsafe for elderly tenants.

And at the huge, 15,000-resident Century Village retirement community in Pembroke Pines, more than half the residential buildings had no power Wednesday afternoon. Rescue crews began going door to door in the 94-degree heat to check on people and hand out water, ice and meals.

“These people are basically prisoners in their own homes,” said Pembroke Pines City Manager Charlie Dodge. “That’s why we are camped out there and doing whatever we can to assist them in this process. And we’re not leaving.”

Florida Sen. Bill Nelson called the six deaths in Hollywood “an inexcusable tragedy” and called on authorities to get to the bottom of it.

“We need to make sure we’re doing everything we can to keep our seniors safe during this difficult time,” he said.

In the battered Florida Keys, meanwhile, county officials pushed back against a preliminary estimate from the Federal Emergency Management Agency that 25 percent of all homes in the Keys were destroyed and nearly all the rest were heavily damaged.

“Things look real damaged from the air, but when you clear the trees and all the debris, it’s not much damage to the houses,” said Monroe County Commissioner Heather Carruthers.

The Keys felt Irma’s full fury when the hurricane roared in on Sunday with 130 mph (209 kph) winds. But the extent of the damage has been an unanswered question for days because some places have been unreachable.

In Marathon Key, a Publix grocery store opened under police guard on Tuesday, but residents could buy only 20 items each, and no cigarettes or alcohol allowed, said 70-year-old retiree Elaine Yaquinto.

She said she had yet to see any state or federal agencies or utility companies working on the ground yet. Her home had no electricity or running water, apart from a trickle of cold water that was good enough for a shower.

At the Hollywood nursing home, Jean Lindor, a kitchen worker, said through a Haitian Creole translator that the air conditioner had not been working since the storm and it had been hot inside.

Paulburn Bogle, a member of the housekeeping staff, said the place had been hot but manageable the past few days. The staff used fans, put cold towels and ice on patients and gave them cold drinks, he said.

Broward County Medical Examiner Dr. Craig Mallak said his office had received the bodies of at least three of the victims – two women age 71 and another who was 78 – for autopsies.

Flora Mitchell arrived at the home trying to find out what happened to her 58-year-old sister, Vonda Wilson, a stroke patient who lived there for about 10 years. She said she last heard from her sister two days ago and found out the air conditioning was not working.

“We need to know what happened to her,” she said. “They haven’t told us anything.”