A kickoff fundraiser for Republican Nick DiCeglie’s bid for House District 66 will be held Oct. 12 in Bellair, his campaign announced Thursday.

The event is set to run from 5:30 p.m. to 7:30 p.m. at the Bellair Country Club, 1 Country Club Lane. The campaign said formal invitations to the fundraiser will head out soon.

Those looking to attend can send an RSVP to Rick Porter at rick@politicalcapitalflorida.com or by calling 407-849-1112. Those who can’t make it shouldn’t fret – just head over to his campaign website, which is already setup for secure contributions.

The Pinellas County Republican Party Chairman came out of the gate touting his extensive resume in the public and private sectors when he announced his HD 66 bid earlier this month.

In addition to running a lauded local business, Solar Sanitation, Inc., the 20-year Florida resident spent two terms chairing the Clearwater Chamber of Commerce, boasts a gubernatorial appointment to the Tampa Bay Regional Planning Council and has served six years on the Indian Rocks Beach Planning and Zoning Board.

If Pinellas County voters send him to Tallahassee, he vowed he would put that experience to good use by promoting “individual liberty and a Republic that is smaller and smarter than it is today.”

DiCeglie is the second Republican to declare for HD 66, which covers western Pinellas County including Clearwater, Indian Shores and Largo.

The invitation is below: 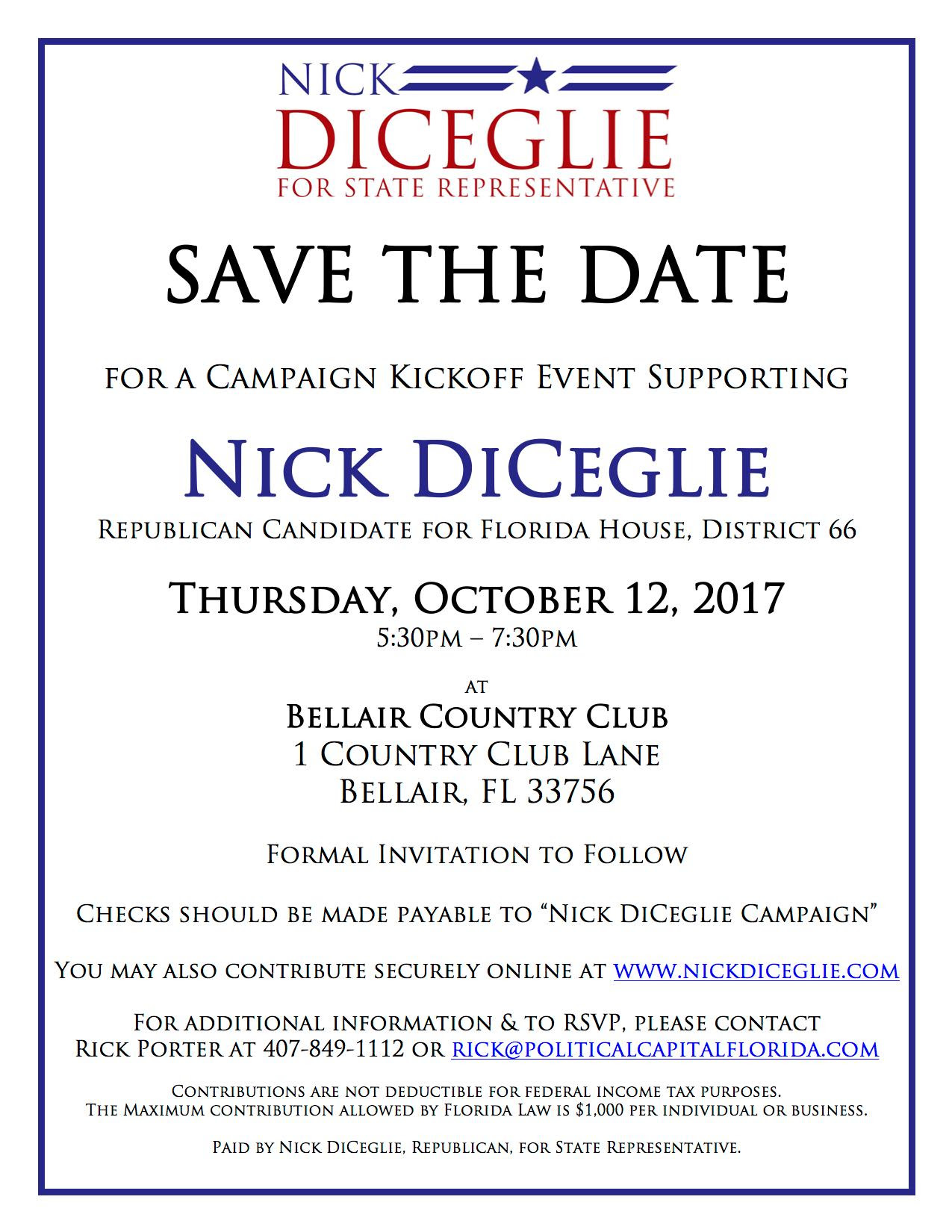