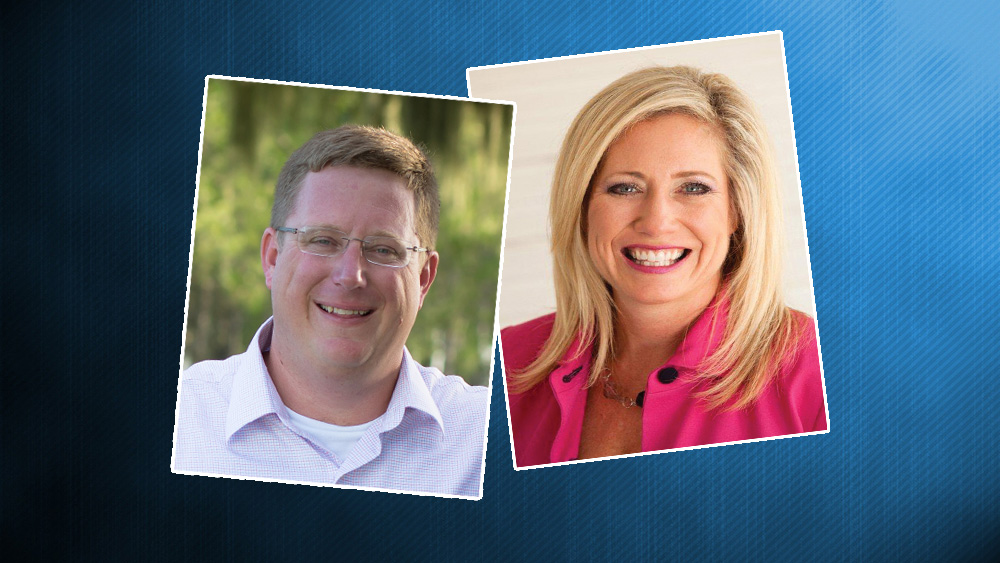 Two weeks before the primary, the Republican race is becoming more intense between Yvonne Fry and Lawrence McClure for the House District 72 special election.

In the past week, two mailers sent by outside groups blasting Fry have made their way into eastern Hillsborough County mailboxes.

One came from the Orlando-based “Ax The Tax” political organization led by Doug Guetzloe and describes Fry as a tool for Tallahassee special interests. It says that she has been silent on issues such as increasing local taxes, moving the Confederate monument from a county courthouse, and opposing light rail.

“We believe Fry to be the quintessential political insider who will not advance the conservative interests of the district in Tallahassee,” Guetzloe said Tuesday. “Conversely, we believe Mr. McClure will be a conservative star in the Florida Legislature.”

Responding to the charges, Fry said she has never been for light rail, calling it inappropriate.

However, back in May of 2016, Fry told the Tampa Bay Times’ Ernest Hooper that as a member of the Plant City EDC, she was part of a letter declaring their full support of the Go Hillsborough transit tax initiative, which included a light rail component.

“The Plant City EDC (Economic Development Corp.) wrote a letter stating we’re in full support of the (Go Hillsborough) initiative,” Fry said. “Plant City has been the city of no, if you will, but our understanding of our spot at the table and our future is so dependent on seeing transportation as an investment in our infrastructure and not a tax. We need to be part of the solution and being part of crafting the regional design. We need to see that just because we aren’t getting rail, that doesn’t mean it doesn’t affect the outcomes of our quality of life and how it all fits together. To me, a piece of this is educating women on how transportation affects them, how their lives would be different if we had better transportation solutions.

Regarding the Confederate monument debate, Fry says she is actually on the record on that issue, noting that both she and McClure were asked about it at the Plant City Republican Women’s Club. “Our history is our history,” she said. “I don’t think that they should be moved.”

“I think we should learn from our history,” she said, adding that there are too many other issues ongoing that she’d rather spend her time and energy.

A second mailer from the recently formed “Hillsborough County Conservatism Counts” declares that “Yvonne Fry is against lowering property taxes,” while arguing that she opposes a proposed expansion of the homestead exemption.

“Simply stated, Yvonne Fry said she is against increasing the homestead property tax exemption,” the mailer reads, while also describing her as “liberal.”

On this charge, Fry’s response is more nuanced.

She says she’s a “huge proponent” of cutting taxes, but believes that the constitutional amendment was a “political ploy” and not appropriate for the state to tell local officials how to run their governments.

“The state should be cutting state taxes,” she says. “I think it was all political,” adding that Hillsborough County’s government announced an immediate hiring freeze in anticipation of lower revenues coming in 2019.

Fry says that despite her misgivings about the proposal, she says she’ll vote for it next year.

According to documents filed with the Florida Division of Elections, “Hillsborough County Conservatism Counts” is chaired by Ash Mason. He did not return our request for comment.

McClure, a Dover businessman, said that he was focused on getting out his message, offering no comment on the mailers. 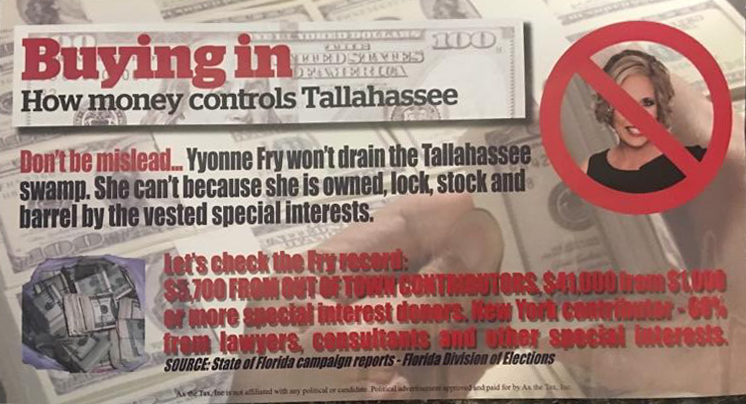 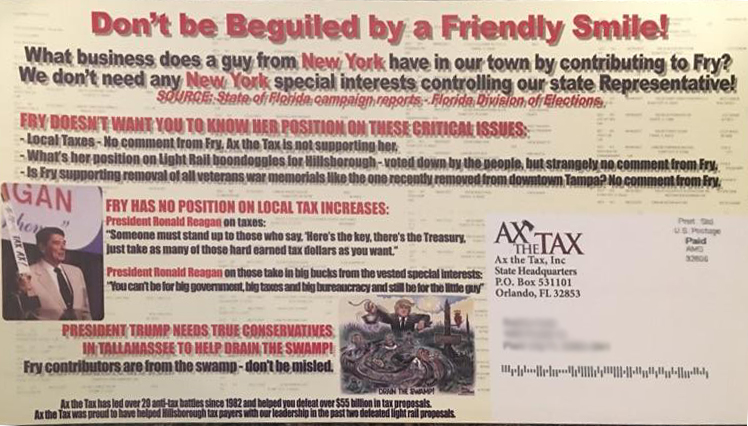 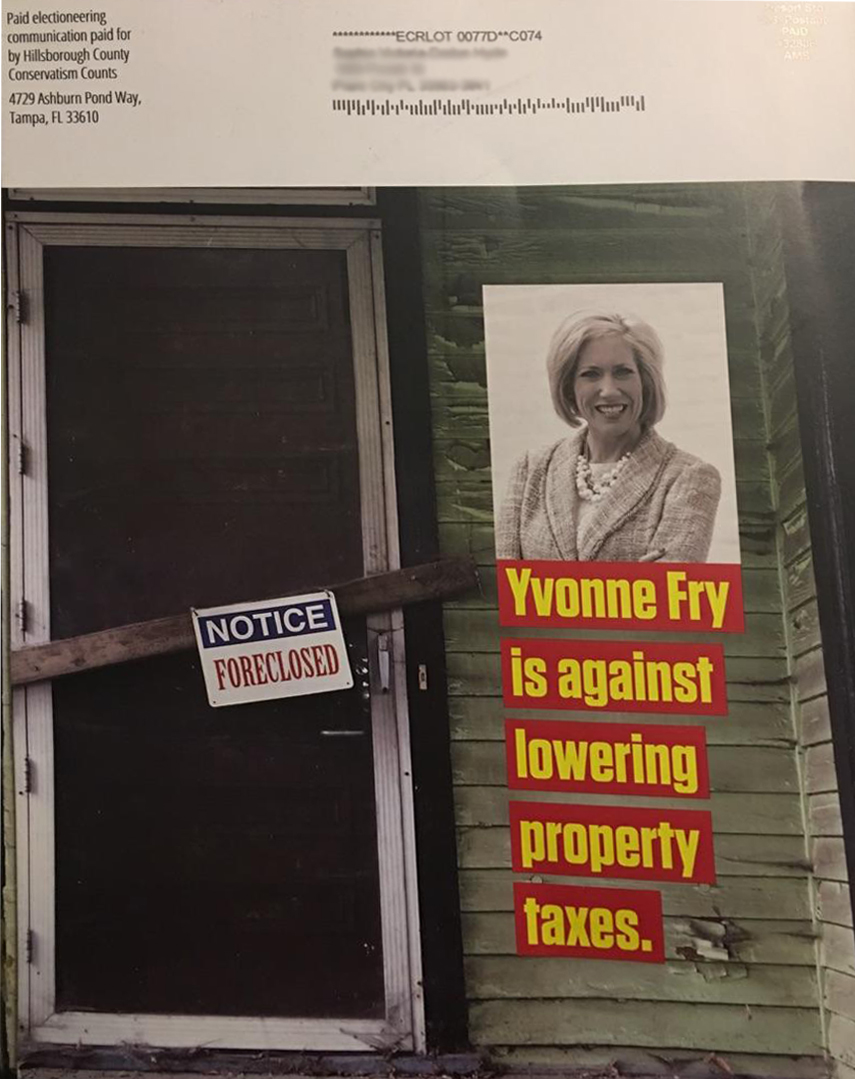 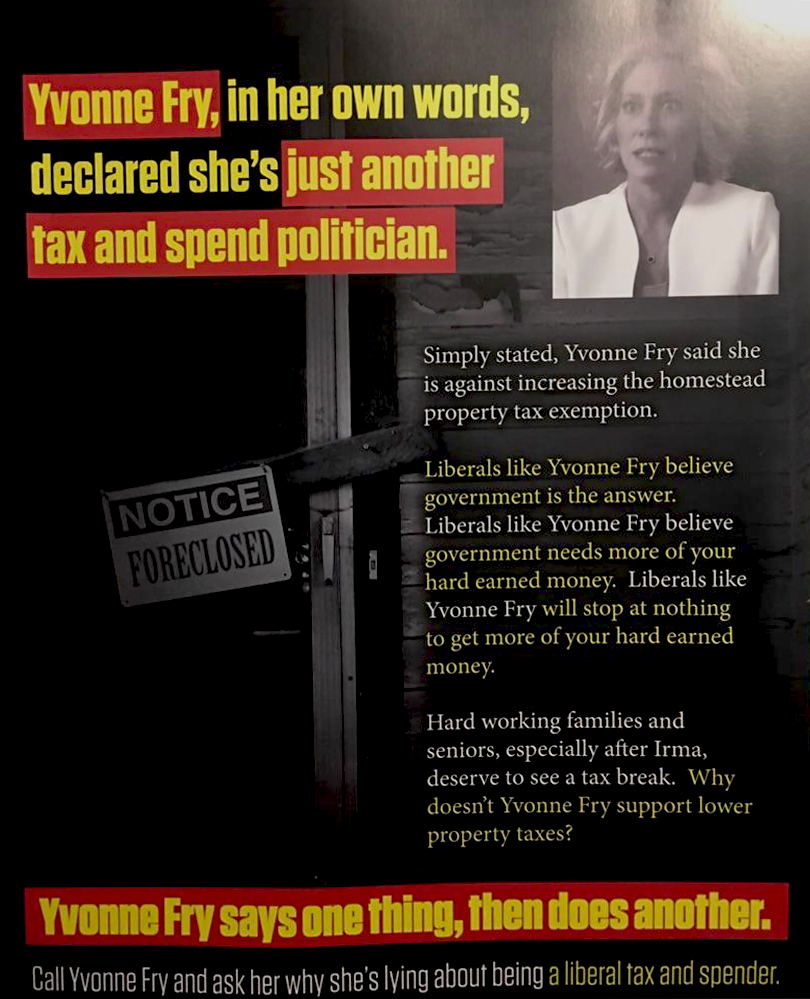