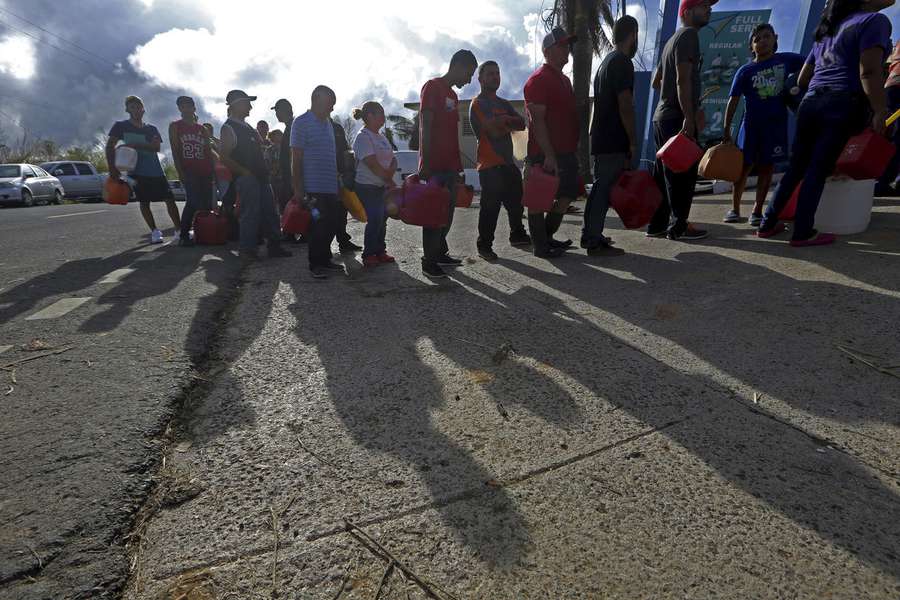 From schools to shelters, Florida is readying for an influx of people struggling for food, water and power in hurricane-damaged Puerto Rico.

Gov. Rick Scott said Florida doesn’t know how many people will make the trip from Puerto Rico. Also, Scott said it is unknown how many will decide to remain permanently in Florida or return to the Caribbean island.

But Scott, who traveled Thursday to the U.S. territory to tour the damage left by Hurricane Maria and on Friday went to the White House, said Florida is getting prepared for the displaced Puerto Ricans and is in “a good financial position” to help.

“We’ll be able to figure this out. Florida’s a welcoming state. We’re a tourism state. We love people coming here,” Scott told reporters Thursday night at Orlando Sanford International Airport. “But I know talking to their Gov. (Ricardo Rossello) their goal long-term is they want to build their island. They don’t want everybody to come here and stay here. They want to build their island. They’re very proud of Puerto Rico. If they do have to come here, whether it is for medical reasons, or whatever it is, they want people to come back.”

After lunch Friday with President Donald Trump and Vice President Mike Pence at the White House, Scott told reporters in Washington that, “We’re going to do everything we can to help Puerto Rico.”

With power still out to a majority of the island, Florida’s U.S. senators have been calling for Trump to send the “cavalry” – in the form of the U.S. military – to help in Puerto Rico.

“There is a crisis in Puerto Rico where food, fuel, water and medicine is sitting at the docks and not getting out to the remote parts of the island,” Democratic Sen. Bill Nelson said in a prepared statement Thursday. “The situation calls for an immediate response by the U.S. military to provide security and distribution to these remote areas. As was said after Hurricane Andrew: `Where the hell is the cavalry?’”

Sen. Marco Rubio tweeted: “Conditions in parts of #PuertoRico getting worse. The main problem is a logistical one, the distribution of aid beyond #SanJuan. Likely need the @DeptofDefense to address some `battlefield’ like logistical challenges in #PuertoRico. This will NOT improve on its own.”

Scott told reporters after the White House lunch that he advised Trump and Pence of a need for more people and vehicles to deliver supplies.

Scott also said while many of the issues confronting Puerto Rico are similar to those that faced Florida after Hurricane Irma, being an island and having a mountainous terrain work against the relief work.

Scott has worked with seaport directors on Florida’s East Coast about speeding materials to Puerto Rico. But he said debris and damaged roads and bridges have kept many supplies at the Port of San Juan.

He has also called on Florida colleges and universities to offer in-state tuition for Puerto Rican students. Florida International University said Friday that it would do so for students from Puerto Rico and the U.S. Virgin Islands.

“To any families fleeing Puerto Rico and coming to Florida, you will not have to worry about how you’re going to pay for your child’s school meals,” Putnam said in a prepared statement.