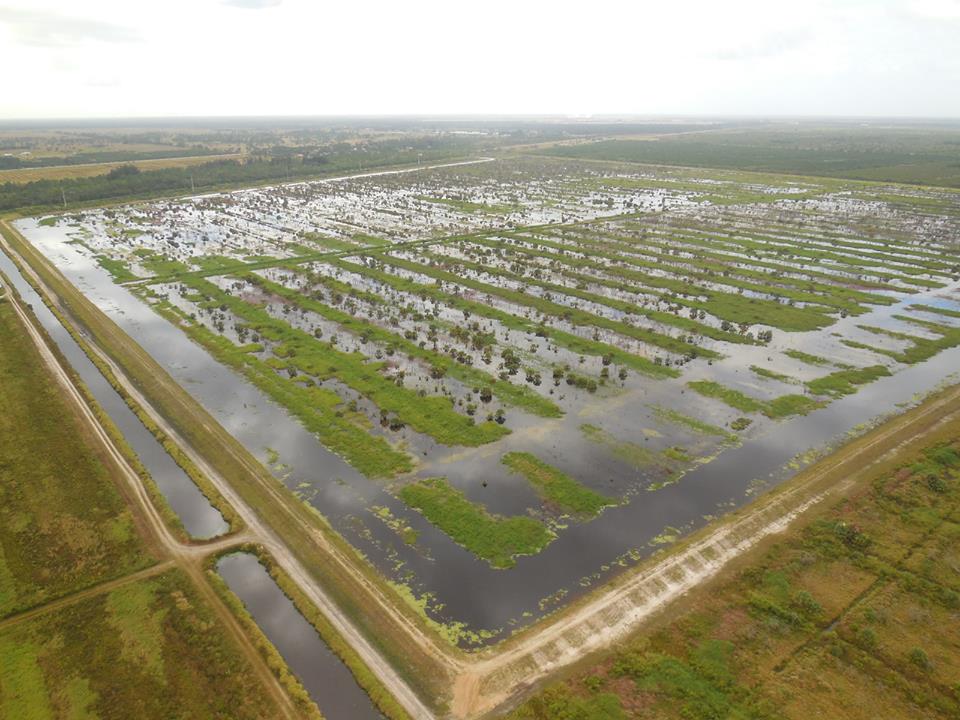 Caulkins Citrus Co. launched the expansion of its Indiantown “water farm,” increasing the reservoir from an existing 413 acres to 3,200 acres.

“The expansion of the facility was completed in just nine months,” the company said in a press release Tuesday. “The additional acres will now allow the water farm to store up to 35 billion gallons of water per year from the C-44 Canal.”

“It is gratifying to see this property, which was once a thriving citrus grove, now being used to protect and preserve Martin County’s estuaries from damaging discharges,” said George Caulkins, president of the company, in a statement.

“This project became a reality thanks to the support of Senate President (Joe) Negron, and our partners at the Department of Environmental Protection, the South Florida Water Management District and the Florida Department of Agriculture and Consumer Services.”

Here’s the rest of the release:

Years ago, the Caulkins’ family land was used for citrus production. However, as citrus greening destroyed the Caulkins’ citrus groves, the land was transformed into a water farm to store and clean water coming from the C-44 Canal.

A natural filtration process occurs through the sandy soil on the farm, removing at least 75 percent of the phosphorus and 50 percent of the nitrogen from the water pumped onto the farm.

Negron, who has long been a champion for clean water initiatives, joined Caulkins at a press event.

“The Caulkins Water Farm provides desperately needed water storage to help us reduce and ultimately eliminate the harmful discharges from Lake Okeechobee into the Indian River Lagoon,” he said.

“This successful project demonstrates that Florida can achieve short term solutions to reduce discharges while at the same time building the long-term water storage infrastructure to solve the problem once and for all.”

The water farm pilot project, which launched in 2014 with the 16-county South Florida Water Management District (SFWMD), was the first project of its kind in the state to be operational. The project has also been recognized by experts as immediately exceeding expectations for storing more than four times the amount of water expected.

Also in attendance was Florida Department of Environmental Protection Secretary Noah Valenstein, along with state Rep. MaryLynn Magar, Chairman Doug Smith of the Martin County Board of County Commissioners, Brandon Tucker of the SFWMD Governing Board, Ernie Marks, executive director of the SFWMD, Stuart Mayor Troy McDonald, and other community and environmental leaders.

“The storage provided by the Water Farm will complement the C-44 Canal and other vital Everglades restoration projects,” Valenstein said. “DEP is proud to be a partner in this project, and remains committed to enhancing water storage and improving water quality in Florida’s treasured Everglades.”

…The expanded water farm came online with the capability to pump up to 151 million gallons of water per day onto the property, preventing that nutrient-laden water from reaching the St. Lucie Estuary.