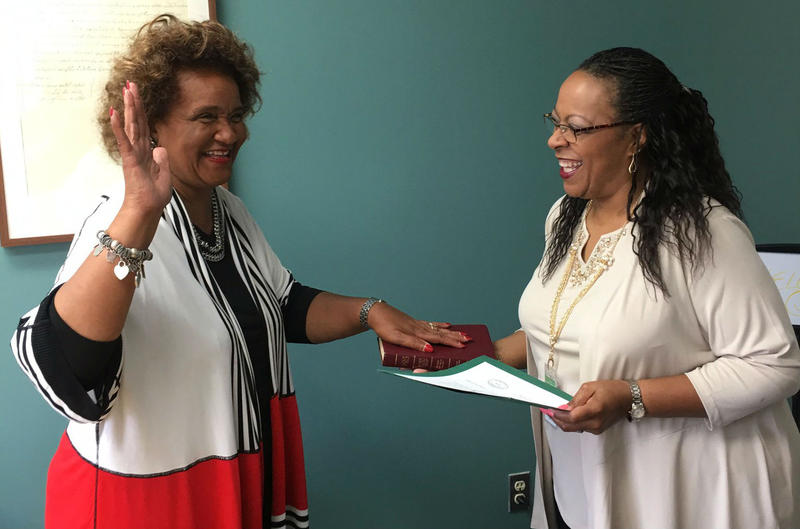 In the history of St. Petersburg, C. Bette Wimbish was a true trailblazer.

This weekend, both the city and the Florida Department of Transportation will honor Wimbish by naming a highway after her.

“What a fitting tribute to rename I-375, a six-lane federal roadway that serves as a grand entrance ramp, bringing people from near and far directly into downtown St. Petersburg,” Kriseman said in a statement Tuesday.

Born in 1924, Wimbish attended St. Pete’s Gibbs High School before entering the Florida Agriculture and Mechanical University (FAMU), the state’s only historically black university, at the age of 16.

In 1960, she ran for the Pinellas County Board of Public Instruction on a platform of improving and desegregating Pinellas schools. Though Wimbish didn’t win, she did receive a substantial number of votes.

In 1965, she attended FAMU law school, then won a seat on the St. Pete City Council in 1969, later becoming vice mayor. She resigned the position in 1972 to launch an unsuccessful run for the state Senate.

In 1973, Gov. Reuben Askew appointed Wimbish as deputy secretary of commerce, serving as the second-highest-ranking woman in state government.

Wimbish later lost bids for the state House in 1982 and Congress in 1988 against Congressman C.W. “Bill” Young.

“Honoring the trailblazing legacy of C. Bette Wimbish is important to telling the rich ‘herstory’ of blacks in St. Petersburg,” Rouson said. “My hope is that it inspires others as she inspired me.”

Immediately after Sunday’s event, there will be a brief reception hosted by the Dolman Law Group.

nextBob Sparks: Only one hero in Donald Trump vs. Frederica Wilson fiasco