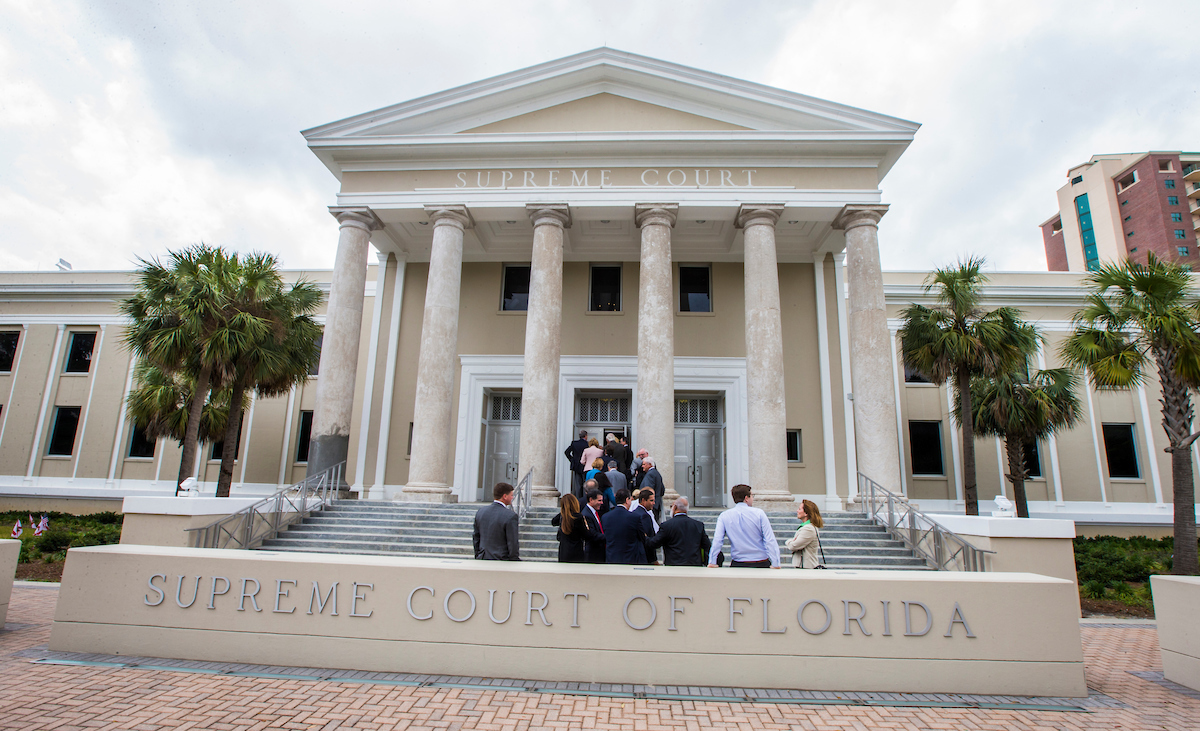 A proposed constitutional amendment would ensure that future governors could appoint new judges and justices up to their last day in office.

But John Stemberger, the member of the Constitution Revision Commission who filed the amendment Thursday, said he was temporarily withdrawing the proposal to correct a drafting error.

The amendment would make certain that judicial terms end the day before a new governor takes over from a sitting one.

“The proposal should have had an effective date of 2020, well beyond the current legal dilemma that potentially presents itself in January of 2019 when the new Governor is sworn in,” he wrote in an email early Friday.

Attorneys are set to argue a related case against Gov. Rick Scott before the Florida Supreme Court next Wednesday.

“I am not seeking to interfere with the circumstances of legal battles for the judges currently set to retire in 2019, but merely to avoid this miniature constitutional crisis into the future by simply changing the dates so they do not coincide together,” he added.

Progressive groups have challenged Scott’s authority to appoint three new Supreme Court justices on the last day of his term in 2019.

Stemberger, an Orlando attorney and president of the conservative Florida Family Policy Council, aims to “revise the date on which the term of office begins for judicial offices subject to election for retention.”

The amendment aims “to avoid the ambiguity and litigation that may result by having the terms of judicial officers and the Governor end and begin on the same day.”

The League of Women Voters of Florida (LWVF) and Common Cause sued Scott this summer. They seek a “writ of quo warranto,” a court action against government officials to demand they prove their authority to perform a certain action.

Liza McClenaghan, state chair of Common Cause of Florida, said Stemberger’s amendment “thwarts the will of the people and makes government less accountable.” Oral argument in their action is set for next Wednesday morning.

The age-required retirements of three justices—R. Fred Lewis, Barbara Pariente and Peggy A. Quince—occasioned the suit. They are considered the more liberal-leaning contingent of the high court.

Scott, a Naples Republican, has said he plans to name their replacements the morning of his last day in office—Tuesday, Jan. 8, 2019.

His attorneys have argued that the justices’ age-mandated retirements also will become effective that Jan. 8.

The League and Common Cause counter that Scott can’t replace those justices because he’ll be out of office earlier on the same day they retire, and their terms last till midnight.

If the commission eventually decides to place Stemberger’s amendment on the 2018 statewide ballot, it still would have to be approved by 60 percent of voters to be added to the state constitution.

The 37-member board is convened every 20 years to review and suggest changes to the state’s governing document. Stemberger was named to the panel by House Speaker Richard Corcoran, a Land O’ Lakes Republican.

previousFlorida Democrats to gather this weekend in Orlando