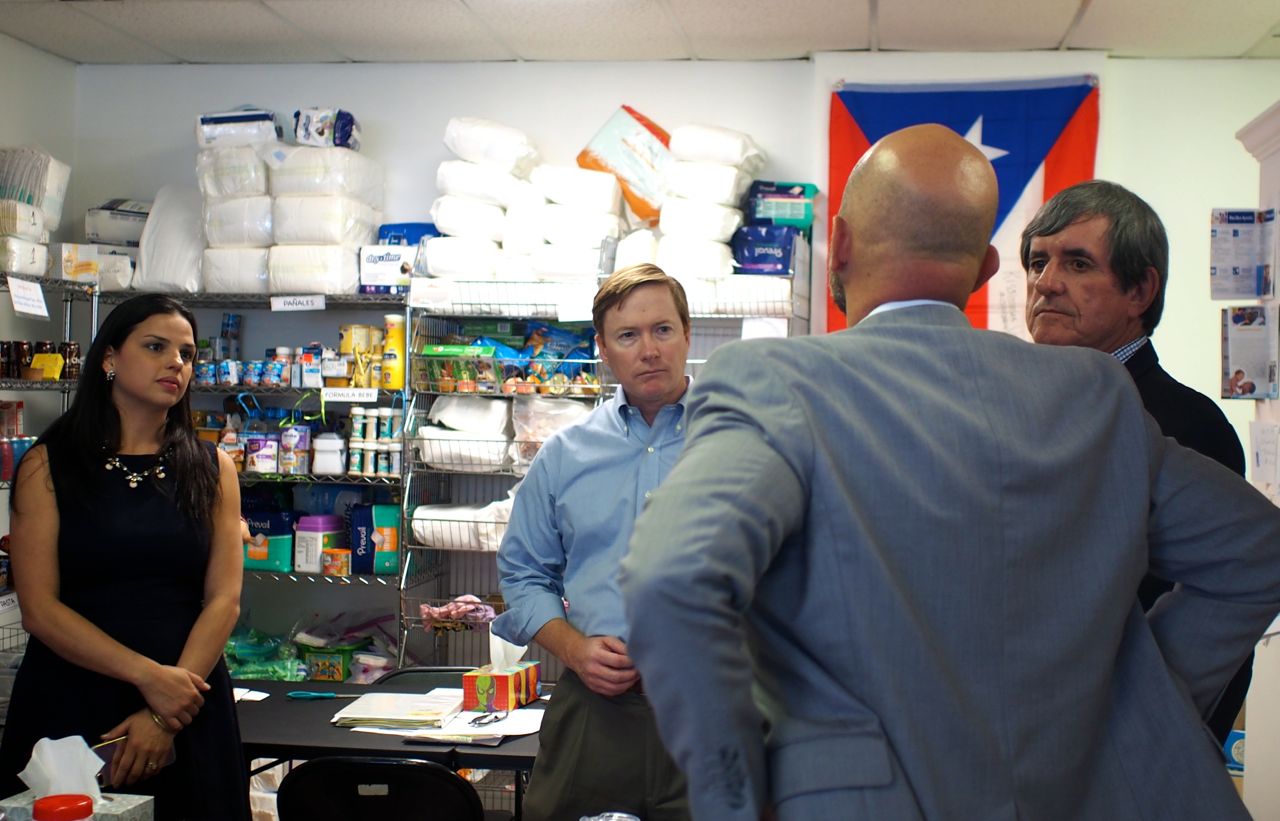 The influx of Puerto Rican refugees to Florida may reach the hundreds of thousands, many might stay, and the need to help them recover from Hurricane Maria and assimilate could take years as the commonwealth slowly recovers from the devastation, a group of Central Florida Puerto Rican leaders told Adam Putnam Wednesday.

And the Republican gubernatorial candidate pledged them his help.

The center, established by LatinoLeadership, is providing first-contact responses for Puerto Rico evacuees arriving in Central Florida, either through its desk at the airport or its East Orange location, to help them connect with housing, food, clothing, education, health care and other needs. Estimates offered now top 120,000 Puerto Ricans who have arrived since Oct. 1, mostly in Central Florida, and Guzman, Plasencia, and Fuentes offered that this is only the beginning. 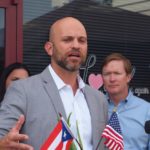 “We need to keep in mind this is an issue that’s ongoing. It’s not just a month ago, it’s not just right now, but it’s going to be a three or four or five year-long process. We don’t know how long it’s going to take Puerto Rico to rebuild, but we do know is we have hundreds of thousands of Puerto Ricans who are looking to us here in Florida, to possibly call this their new home,” said Plasencia, a Republican from Orlando. “And we have to make sure we’re doing everything we can both as communities,whether  as community leaders, as faith leaders, or as just regular citizens who are opening our homes, but also as political leaders who have the power to make things more efficient and the transition more fluid.”

Putnam, Florida’s agriculture commissioner and Republican gubernatorial candidate, toured the center, and praised the volunteers “who are working tirelessly to welcome our neighbors and fellow Americans who are at one of the darkest points in their lives.”

With state Sen. Jack Latvala‘s gubernatorial campaign and legislative career in jeopardy due to sexual misconduct allegations, Putnam is currently the only major Republican running. Democrats running include Gwen Graham, who last month had volunteered to help with Puerto Rican assistance at another center, the Acacia Florida Puerto Rican Center about a half-mile down the street, Chris King, Philip Levine, and Andrew Gillum.

Putnam promised to take the concerns he heard at the Puerto Rico Family Response Center, and the model of non-profit assistance he observed, back to the state Capitol.

“This is ground zero. This is the Puerto Rican embassy in Central Florida,” Putnam said of the center. “The word is out. This is where people come when they come to Florida. They come straight here. This is not a glitzy, high-profile government agency. There’re no acronyms. They’re not worried about what their reimbursement rates will be from the Stafford Act [which created FEMA.] This is food goes on the pantry, and the next morning a family goes in and gets the food to feed their family, which they haven’t done in 48 days…. That’s the beauty of what’s going on here: this is really charity in action. This is faith in action. And this is Americans doing what we do best, which is look out for our fellow neighbor.”

He urged people to bring donations over, or to volunteer.

And Putnman said he expects the Florida Legislature to take up the Puerto Rico evacuees’ cause in the upcoming Legislative Session. Among others, state Rep. Bob Cortes, a Republican from Altamonte Springs, is writing a bill to address housing needs for evacuees, as well as the broader shortage of affordable housing in the state.

Putnam said the affordable housing issue predates the hurricanes, and noted places in Florida such as Everglades City and the Florida Keys have major housing shortages now.

“As a state I think it’s important for us to continue to remove any obstacles or red tape that would prevent families to adapting to the new normal in their time of crisis,” Putnam said. “If you have a professional license in Puerto Rico there ought to be minimum interference to using a professional license in the state of Florida. “So I think it’s important that as a state we not allow disaster fatigue creep into our mindset, because there still are thousands of families seeking shelter in our state.”

Fuentes said the estimates of Puerto Rican evacuees could range up to 300,000, representing a true crisis. “Whatever that number is, it’s a lot,” he said. He said Orlando is the center for Puerto Rican migration, but “we are seeing this now in other parts of the state, in Miami, in Tampa and in Jacksonville.”