'The Jetsons' is now: Automated vehicles summit kicks off in Tampa 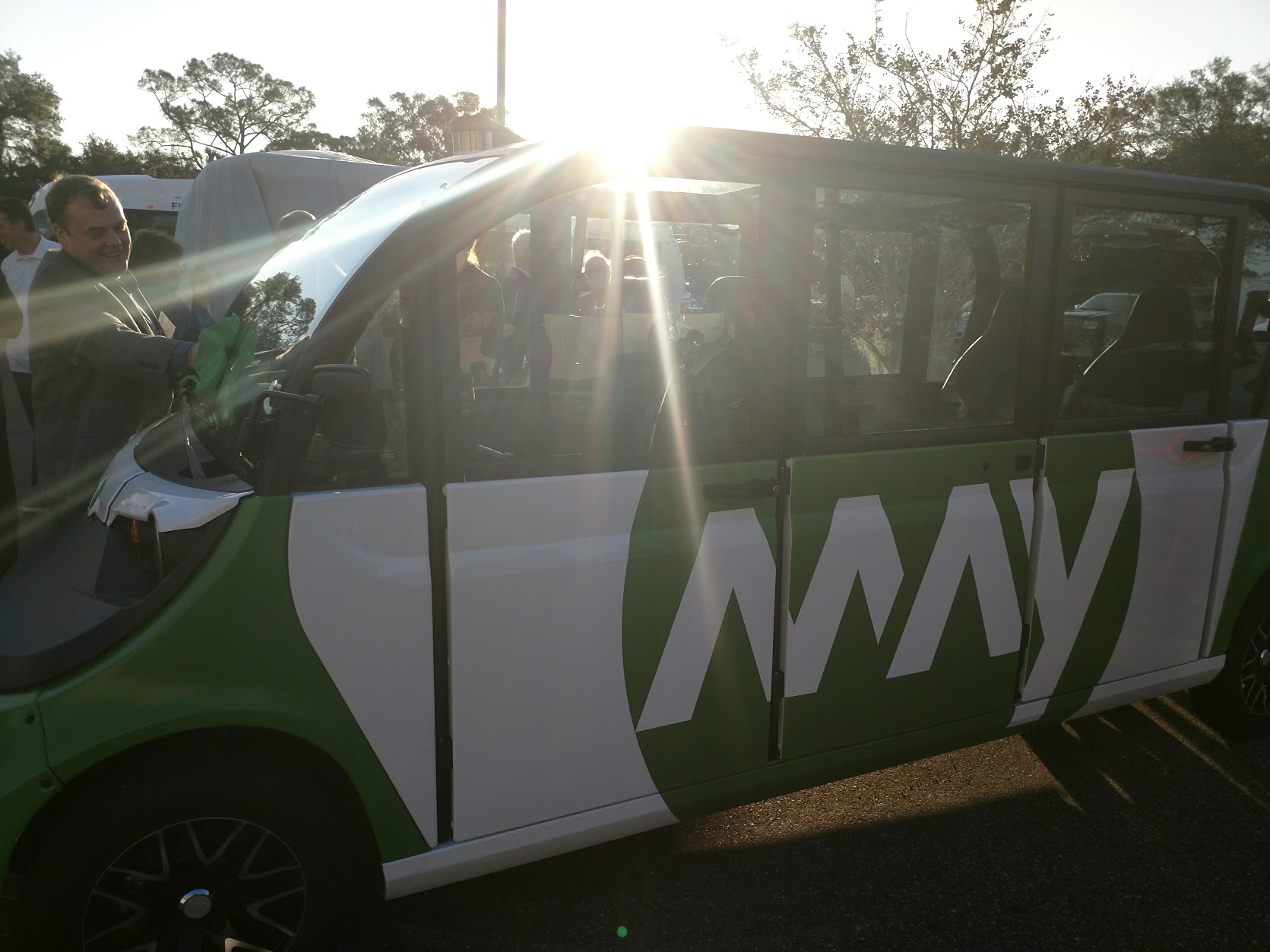 The fifth annual Florida Automated Vehicles Summit began Monday night in Tampa with officials arriving from across the country to discuss the latest development in the cutting-edge industry.

“The industry and the technology has exploded since then,” he said.

Florida Department of Transportation Secretary Mike Dew touted the work that his agency is doing across the state regarding autonomous technology, specifically mentioning their partnership with THEA to design an automated vehicle roadway system. FDOT also is working with Gainesville’s transit system to implement an autonomous shuttle system, and with the Jacksonville Transit Authority on a new automated system for their existing Skyway.

Florida became the second state in 2011 to work on autonomous vehicle legislation, thanks mainly to St. Petersburg state Senator Jeff Brandes, who was honored before his speech on Tuesday with the summit’s first ever “Leadership and Innovation” award.

Speaking to the hundreds of conference members who gathered at the Grand Hyatt Tampa Bay Hotel near Clearwater, he provided the backdrop to his embrace of the technology.

While serving in Iraq in 2003-2004, he became a transportation officer, but said after his tour of duty was completed, he was poised to work for Cox Lumber, the family business owned by his grandfather, Linton Tibbets. Tibbets soon sold Cox to a subsidiary of Home Depot in 2006, prompting Brandes to reconsider running for public office.

He said it was listening to a “Ted Talk” on a drive to Tallahassee from St. Petersburg during his 2011 freshman year in the Florida House that inspired him to learn more about autonomous vehicles.

Out in the parking lot, there were a variety of vendors with autonomous vehicle technology.

“Audi’s been working on this for over a decade,” said Traffic Technology Services Kiel Ova. “As part of the information provider, we’ve been working on it for about five years.”

The technology is live in Las Vegas and in parts of Dallas, Portland, San Francisco and Los Angeles, and should be coming to Tampa in just a few weeks. It works with 2017 and 2018 Audi models.

“From what know, we were the first autonomous vehicle company to be able to enter into a natural transportation system, replacing a bus,” said Alisyn Malek, the COO of May Mobility. She says the company is in negotiations with others in Florida and Texas that will happen sometime early next year.

“We’re really excited to be pushing the autonomous vehicle technology into real life deployments,” said CEO Edwin Olson. “That’s what we’re trying to do, not wait until we can do Pittsburgh style environments, but find places where we can make contact with the ball today.

There also were trucks that were parked in the Grant Hyatt parking lot.

“Up until now there’s been a driver in the truck, but what we’ve done is take the driver out of the truck because it’s very dangerous,” said Fred Bergstresser, government accounts manager with Royal Truck & Equipment.

“This vehicle has a navigation computer in it, it collects data on the speed heading direction, transmits that data back to this vehicle, and then this vehicle mimics its path,” said Maynard J. Factor, director of business development with Kratos Defense.

“So you have a very high accuracy, high precision following vehicle, completely unmanned, now if the vehicle gets hit at 65 mph by an 18-wheeler, there’s nobody here who has to worry about getting their back broken,” Factor said.

Factor said the technology comes straight from the defense industry, but it’s now been adapted to the commercial industry.

Also at the summit, officials with the Hillsborough Area Regional Transit (HART) agency unveiled their new self-driving shuttle vehicle which is expected to be up and running by January.