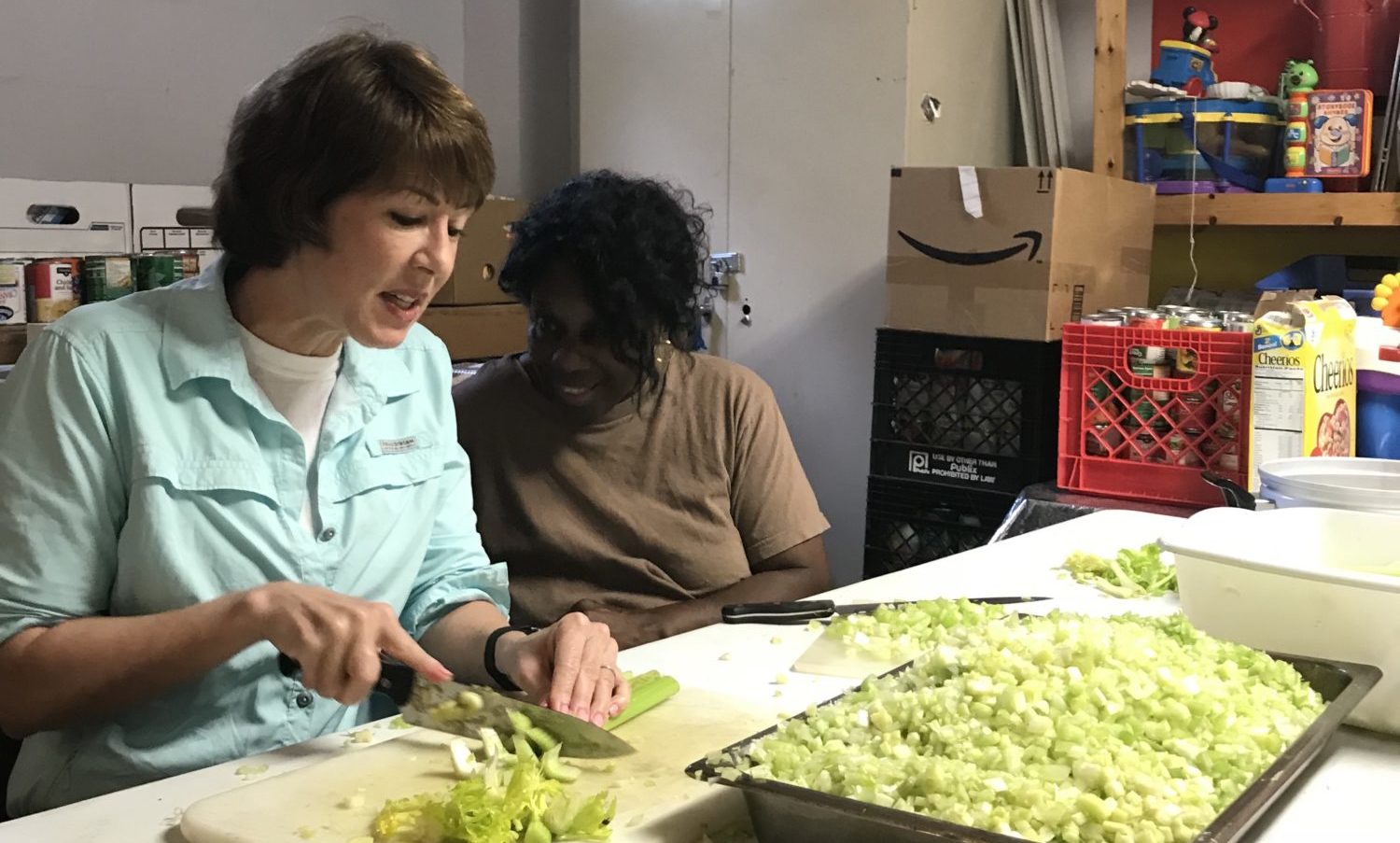 Gwen Graham — who has been dubbed a moderate, a champion for public education, a “serial hugger” and is the only woman candidate in the 2018 Governor’s race — doesn’t want to be tied down by labels.

“You know what I’m championing — and I think this is what we desperately need — (is) to get away from the labels,” Graham said. “To get away from being pigeonholed as one thing or another.”

The proclamation came during her 12th ‘workday’ of her campaign, totaling 45 since her political debut. Workdays are a tradition that began with her father, former Governor and U.S. Senator Bob Graham.

Graham spoke with media after stepping away from food prepping at Project Annie, a hot meal service nestled in the heart of Tallahassee’s Frenchtown, ahead of the nonprofit’s annual Thanksgiving dinner, which expects to host over 1200 hungry patrons on Thursday.

The former congresswoman, who worked seven years in the Leon County School District, said she can be labeled a champion for public education or a pro-environment politician — that’s fine.

But she also said it’s become too commonplace to be identified by labels people put on you.

“It used to be that you were identified by what your passions were,” Graham said.

When asked whether the actions of members of her party could affect her gubernatorial bid, Graham conceded, “It’s not good.”

“I promise you there are places in that budget that are not good for the people of Florida,” she said. Upon its reveal last week, Graham decried the budget as Scott’s attempt to “run from his record of education cuts.”

She also touched on the uniqueness of her resume and how it could help her lead the state. She’s the only Democratic candidate to have held a seat in the U.S. Congress, something rivaled only by Republican opponent and Agriculture Commissioner Adam Putnam.

“Having built those relationships with those in D.C. and in the House will be beneficial to Florida,” Graham said. “It’s those friendships and relationships that you can go back to and talk to your colleagues about what needs to be done in Florida.”

“(Transportation and infrastructure funding) is something that the federal government has an opportunity to provide resources for,” Graham said.

Fixing infrastructure will not only make traveling safer, but also will add an economic benefit, she continued.

Nodding to Amazon’s recent quest for a second headquarters, Graham said local infrastructure is assessed by major companies like the online retail giant when they look to build or relocate.

That shifted the conversation toward Scott’s methods of incentivizing businesses to come to Florida, which has recently centered on touting the state’s pro-business tax environment.

According to Graham, that is a “myopic” approach.

“You need to look at the totality of what needs to be done in the state,” Graham said. She pointed to improving education as a tool for economic growth.

“It makes me very sad for our city,” Graham said. She’ll spend her Thanksgiving dinner in Florida’s capital and represented the area in the U.S. House. The “cloud hanging over the city” is not healthy, she concluded.

Meanwhile, Tallahassee Mayor Andrew Gillum — also a Democratic gubernatorial candidate — wants his opponents to debate at least six times ahead of the primary.

Graham says she looks forward to having those debates following the New Year.