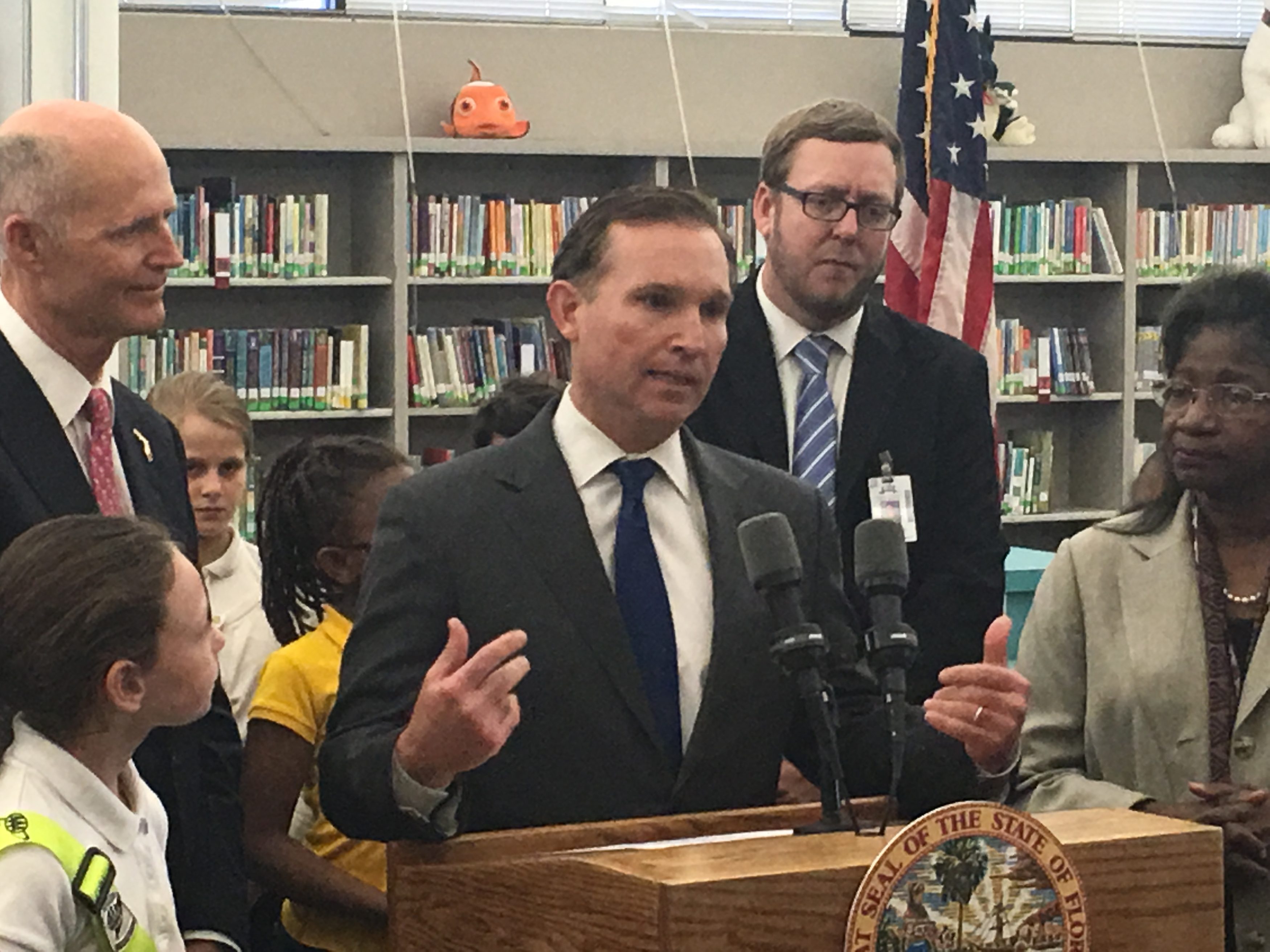 The big local story this week was on Tuesday, when former JEA Board Chairman Tom Petway said customers of the 50-year-old municipal Jacksonville utility might be better off under a privatized model.

Jacksonville City Council members — such as Matt Schellenberg and Garrett Dennis — were open to the idea, while Jacksonville Mayor Lenny Curry framed it as a “simple request” to “explore the value” of that public asset.

“As a reform-minded mayor, I welcome this challenge and will work with City Council leadership to answer these questions,” Curry asserted Tuesday.

At a press availability Wednesday, Curry further discussed the audacious proposal by one of his staunchest political supporters.

“I’ve been about reform, challenge, changing the status quo,” Curry added. “And he certainly challenged the organization to think big yesterday.”

“What needs to happen is a fair look at that, an independent look at that,” he continued. “He challenged the organization to do just that. That’s what’s fair to taxpayers, fair to ratepayers, and we’ll see where that leads.”

As we noted yesterday, discussions of privatization have happened before. In 2007 and 2012, there wasn’t political appetite for such.

Next year may be a different story. A hallmark of Curry’s first term in office has been reform, including pension reform, as well as reform of the city’s children’s services organizations and reinstitution of the city’s Neighborhoods Department —  All of which were driven by the Curry’s office.

Council members have pushed their own reform measures; the expansion of the city’s Human Rights Ordinance to include LGBT people this year was driven by Council co-sponsors, and in that case the Mayor’s Office demurred from taking an overt position on the legislation.

However, it is clear that in this instance it will be incumbent on Curry’s shop to frame the narrative and build consensus.

The city has dealt with hurricanes and power outages in each of the last two years, and both situations brought scrutiny to JEA. However, much of the state — including areas serviced by Florida Power and Light and Duke Energy — dealt with power outages that lasted weeks.

Mayor Curry noted that Petway was a “successful businessman and a civic servant long before anybody knew who [Curry] was,” adding that Petway “has served this city and community in so many ways,” including “filling the role” at JEA after Curry reconfigured the JEA Board in 2015.

While Curry hasn’t put his official imprimatur on the potential privatization of the local utility, what is clear is that he and his operation are not averse to the dialogue and a review of positives and negatives of such a move.

previousErik Fresen zeroed out campaign fund with $93K to charity