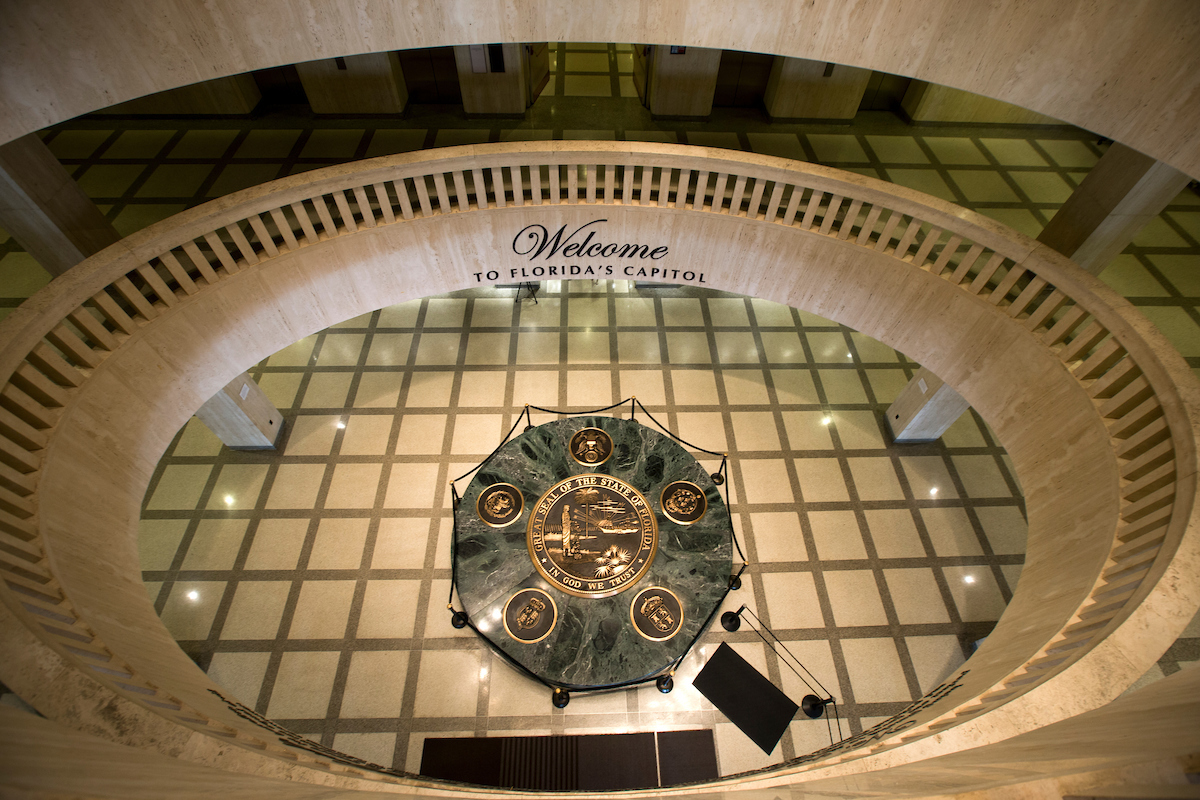 An “educational display of the astronomy causing the winter solstice” is the first holiday display to gain approval this year for the Florida Capitol rotunda.

A “triptych poster,” sponsored by the First Coast Freethought Society of Jacksonville, is approved for display Dec. 15-22.

Nina Ashley, spokeswoman for the Department of Management Services, the state’s real estate manager, said it was the only request for a display received thus far for the 2017 holiday season.

Every year, groups have sought to place various displays in the plaza-level rotunda of the Capitol during the holiday season.

A controversy arose in 2013 when The Satanic Temple sought to place a cardboard diorama of an angel falling into hell. The state rejected the diorama, saying it was “grossly offensive,” which nearly sparked a First Amendment lawsuit.

After being placed in the rotunda the following year, a Tallahassee woman who described herself as a “devout Catholic” later was arrested by Capitol Police after she tried to remove the diorama. She was charged with criminal mischief, though prosecutors later dropped the case.

Two variations of a six-foot Festivus pole also have graced the rotunda, both by South Florida activist Chaz Stevens: One was made of empty Pabst Blue Ribbon beer cans; another was a rainbow-colored “Gay Pride” version topped with a disco ball.

The poles honor Festivus, the fictional holiday from a 1997 episode of “Seinfeld.”

Stevens last year proposed an all-black “Shot by Cops” pole containing “the names of all unarmed black men killed by police in 2016,” but family health issues prevented him from bringing the pole to Tallahassee.

Aside from traditional Hanukkah menorahs and Christian Nativity scenes, other past displays have included:

— A placard with a tongue-in-cheek message to “celebrate the true meaning of Xmas” with “friends,” “fun” and “Chinese food” by American Atheists.

— A “Happy Holidays from the Tallahassee Atheists” banner.