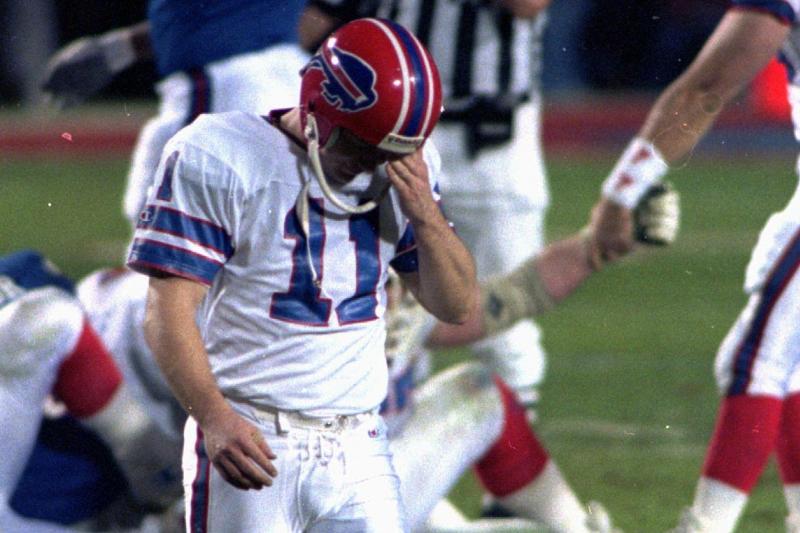 Something can be said, I guess, for a columnist who takes something good occurring in a city and reduces it to rubble, even as a misbegotten grab at gravitas.

That’s the positive side of Rod Watson’s attempt in the Buffalo News to throw cold water on the Buffalo Bills making the playoffs. Truth be told, in the next few days, the Bills will lose to Jacksonville in reasonably ignominious fashion.

Of all the teams the Jaguars could draw, the Bills were the best option. Their offense runs through LeSean McCoy, who may not even play Sunday. Otherwise, they have an average quarterback and position players.

But the Bills were a great story — they hadn’t made the playoffs since Bill Clinton was president.

However, Watson decided to piss all on Buffalo’s parade — one of the few reasons the city have to celebrate since the Marv Levy era — in a minimus opus: “Playoff game? Please don’t tell me any more about it.”

“We can’t possibly be so psychologically pathetic that having a football team make the playoffs for the first time in 18 seasons becomes the most important thing in town,” he writes.

Whether that’s “psychologically pathetic” is a matter of interpretation. All

What’s not up for argument: Watson, bereft of column ideas, chose the easy tactic of trolling his readers — many of whom see the Buffalo Bills as a cornerstone identity of the once-great industrial city.

The writer goes on to insult football fans — drawing on a Psychology Today discussion of “super-fandom” as a source — something appropriately middlebrow.

“It pointed to the ‘shirtless, body-painted guy screaming himself hoarse’ with a game focus so intense it was as if he were on the field … watching someone play triggers mirror neurons that make the fan feel almost as if he is the doer through a ‘vicarious sense of success’.”

Let’s assume Watson has a valid point — all spectator endeavors are pure “triggers” of “mirror neurons.” Then why consume media or spectacle at all? Why read columns — the chances are the act of reading itself is just “vicarious writing.”

Best not to take chances!

Watson offers (theoretically sober) reminders of “what’s going on in the real world.”

“We have a president well on his way to becoming America’s first dictator, while he and ‘rocket man’ threaten to blow up the planet. We have environmental and civil rights protections being shredded, agency heads neutering their agencies and a tax bill that expands the massive gap between the haves and have-nots.”

That’s some sober-minded analysis! Is it particularly local, or relevant to the concerns of people in Buffalo? Not as rendered.

Watson is just repackaging some familiar complaints (mostly from left-of-center commentators), all which have been rendered before.

“At the inevitable watch parties, we should use halftime for mass therapy sessions to reaffirm what should be obvious: There are things more important than Tyrod Taylor’s quarterback rating. A city with Frank Lloyd Wright and Louis Sullivan masterpieces, Underground Railroad sites and a burgeoning medical campus should not have to fixate on LeSean McCoy’s all-purpose yardage.”

McCoy, in many ways, is one of the all-time greats at running back. Buffalo is lucky to have him — the Bills went many years struggling to fill that position, with busts like C.J. Spiller complemented by Fred Jackson, a small college player whose scrappiness came to embody Buffalo football during the many lean years between playoff appearances.

For what it’s worth, the Bills will probably be one and done, with the deal closed by halftime. The team is as mediocre — McCoy aside — as its town’s newspaper columnists.

Watson could have waited a few days to bemoan the state of the world. Problems in Buffalo — as in most major cities — are both institutional and generational.

He took the one glimmer of hope Buffalo sports fans have felt recently and used it to illuminate a dark column.

It’s the oldest trick in the book.

And, like most tricks, it seems played out, and just a bit sad.