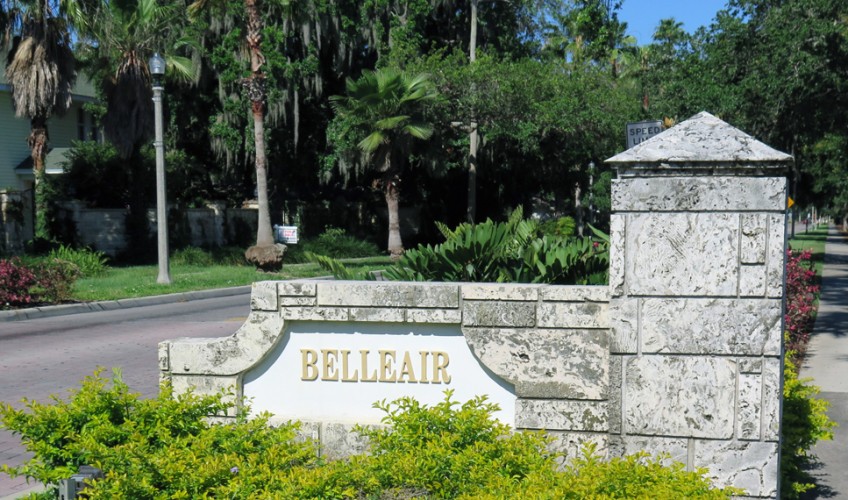 The 84-year-old Katica, first elected in 2007 and ran unopposed in the last three elections, called out Connerat for his inexperience when it comes to town affairs as well as what he characterized as his anti-government views, stemming from a “manifesto” he said Connerat read in front of hundreds of residents during a commission meeting several years ago.

“The guy that I’m running against, oh, about five or six years ago was the only time he was ever at a public hearing, and there was about 300 people here about the Belleview Biltmore,” Katica said. “And during his comments, he got up and read his manifesto while people were hissing and booing.”

Katica said the speech “went over like a turd in a punch bowl,” a claim Connerat did not dispute when we caught up with him last week.

“I read the document in January 2014,” he said by phone. “The mayor presided, he gave me my time and even admonished the crowd to be quiet, as there were a couple of hissings. I really appreciated that.”

Connerat said the document was from a case he filed in a Pinellas County small-claims court in March 2010 against then-President Barack Obama seeking “to record a true and correct copy of such tacit admission of ineligibility of the Office of the President of the United States of America.”

Further research reveals Connerat had previously written letters to Obama, dating as far back as his initial presidential campaign in 2008, asking “Senator Obama to provide proof of your status … as required by our Constitution.”

Essentially, Connerat was a believer in the Obama “birther” conspiracy movement.

While he declined to comment directly about the contents of the case, saying “the document speaks for itself,” Connerat said the purpose of the lawsuit was to promote governmental and judicial accountability, not undermine it.

“Quite frankly, I’m surprised it’s such a big deal to the mayor,” he said, adding “it has nothing to do with being anti-government, it has to do with support of a legal process.

Connerat, a compliance analyst at a financial advisory firm who ran for city commission in 2016, said he did not want to engage in a war of words through the press with his opponent.

“One of my goals is I’m running a positive campaign, so I want to speak positively,” he said. “Negativity is something I’m eschewing, to use a big word.”

Regarding Katica’s claim that Connerat never participated on civic boards or committees, Connerat said: “I’ve asked in the past to be considered for a board or committee, I even asked the mayor directly, as a way to get involved and I didn’t get a call back about that request.”

Asked if he was serious about contending, Connerat was adamant that he was in the race to try and win it.

“I think it’s important for people to have a choice,” he said, noting he went door-to-door and sent emails to registered voters and ultimately collected 40 signatures, 15 more than the city requires in order to qualify. “It’s tough to unseat an incumbent. Incumbents have a lot going for them. But it’s not a right, it’s not a title. No one’s entitled to the office ad infinitum. It’s something that, in my view, needs to be earned. It’s easy to say as an outsider, but incumbents should welcome competition because it makes that person sharpen his game.”

For his part, Katica said he welcomed competition, but only if his opponent was better qualified to be a leader of the city.

“I’ll take competition anytime,” he said. “But this is bizarre.”

Despite Katica having stated he doesn’t plan to debate his opponent before Election Day March 10, Connerat plans to request the two participate in a public forum.

“I’m going to write the mayor a letter inviting him to a debate at the venue of his choice, and we can invite the public,” he said.

“One of the outcomes of elections, typically, is debate and discussion if the issues,” Connerat added.

“Win or lose, it doesn’t necessarily matter, if there’s discourse and dialogue about how to improve the city or town or society at large. When you talk to the issues, things come to the fore, so yes, I’m happy to discuss them. I have a lot to learn from people who have been around for a long time, but I think it would be fun as well.”